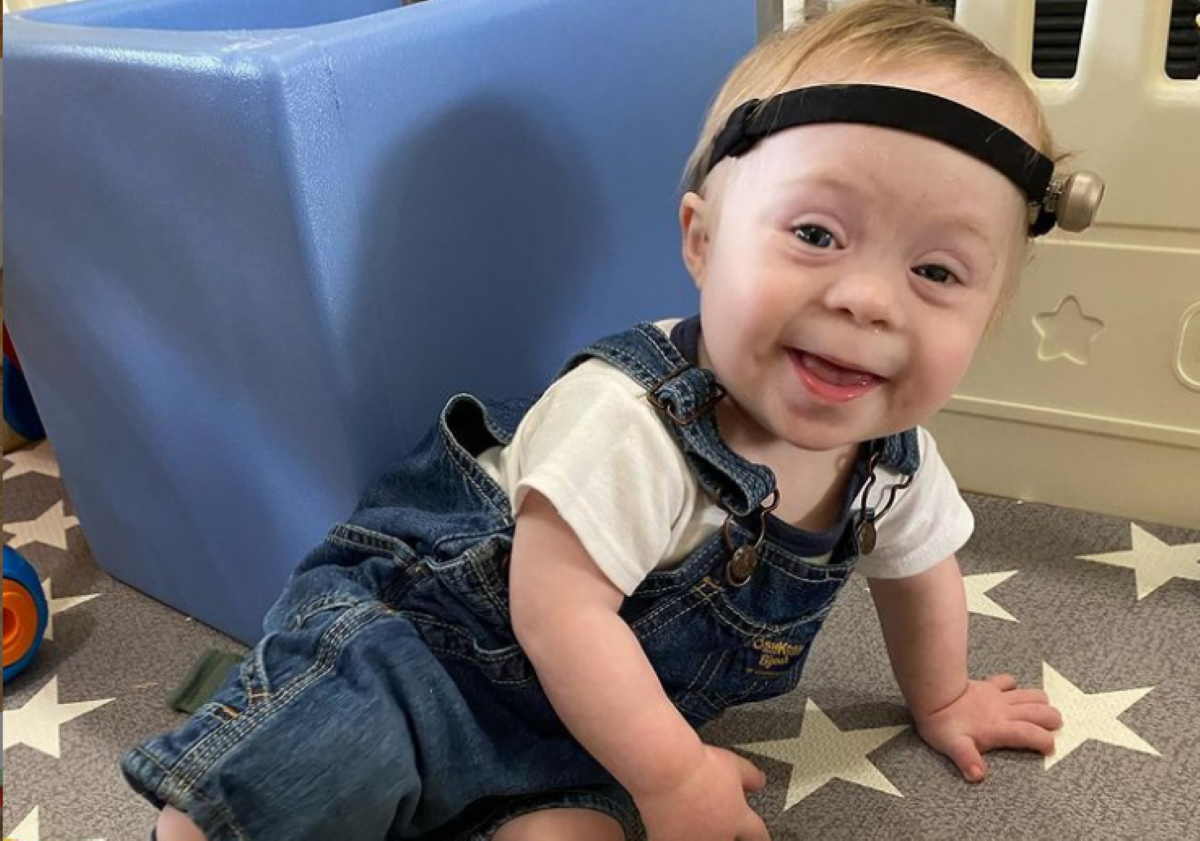 Catherine Daub and her family have learned firsthand the reality of having a child with Down syndrome. In the Summer 2021 issue of American Life League’s Celebrate Life magazine, the long-time pro-life activist shared the story of learning that her eighth living child, William, had a “99 percent chance” of having Trisomy 21, or Down syndrome. Daub described how her family’s experience has differed from the gloom-and-doom predictions she read online after receiving William’s diagnosis.

Having participated in pro-life activism over the years, by 2019 Daub had settled into her role as director of ALL’s ‘Culture of Life Studies Program’ (CLSP), which creates supplementary materials for incorporating the pro-life message into K-12 curricula. At the time, she wrote that she felt “quite certain that this [CLSP role] was how God would use me to help build a culture of life while still allowing me to be a mom and a wife first and foremost.” And with seven living children and nine miscarried babies, she also felt sure that “the next baby I’d care for would be a grandchild.”

But then, in October of 2019, Daub learned that she was pregnant at age 49. Several months later, Daub received a call from her doctor, expecting to learn the baby’s sex. She learned he was a boy, and had “a 99 percent chance of having Trisomy 21.”

“I was okay with this news. I really was,” Daub reflected. “We already had a niece and a good friend with Down syndrome, and my husband had had a brother with Down syndrome, so I knew the secret. I knew that we would be welcoming a living saint into our family. I knew that there would be a new kind of peace and joy that would accompany us. But still I was shocked. And terrified.”

But an internet search about Down syndrome only fed the flames of her fears, with one negative description after another. “They conflicted with what I knew to be true about my niece and others, but still they swirled in my head.” On the popular “What to Expect” website, children with Down syndrome were described as having “Eyes that slant upward, a flattened nose, a short neck, small ears, a tongue that may stick out of the mouth, large tongue, small hands and feet, and low muscle tone or loose ligaments.” Parents were also warned that:

Kids also tend to face a range of developmental delays as well as a variety of health conditions. Half of babies with Down syndrome are born with heart defects, more than 60 percent have vision problems, and 75 percent have some hearing loss. About 12 percent are born with an intestinal blockage at birth requiring surgery [on] twisted or misshapen intestines. Children with Down syndrome also are more likely to develop hypothyroidism, leukemia and celiac disease later on.

Daub is just one of many parents who feel more anxious after reading about their child’s diagnosis on the internet.

After an emotionally challenging pregnancy, William came several weeks early in June 2020. His umbilical cord had to be cut before delivery because it was wrapped too tightly around him. Daub recalled the first time she held him:

He was beautiful. He was ours. The fears of the last nine months just disappeared—or at least no longer mattered…  He was here. He was perfect. Against great odds, he had made it. And now I knew for certain, looking into that angelic little face, that God had called us to the greatest pro-life work we could ever be a part of. We would now stand between William and the world. We’d be his voice. And in being his voice, we’d be the voice for others like him.

William is now 16 months and thriving. He already has his own Instagram account and website for friends and family to keep up with his adventures. And his mom Catherine has some suggestions for websites telling parents “what to expect” of children with Down syndrome. Her proposed alternate content would read:

Eyes that sparkle and see beauty in everything around them; eyes that will gaze at you like you are the most important person in the world.

Small hands that love to hold your finger

Ears that may have a harder time hearing sounds, but that can hear the voice of God more clearly than you ever will

A heart that will possibly need physical repair but that is open, loves unconditionally, and will teach you to do the same

Muscles that grow and develop in their own perfect time