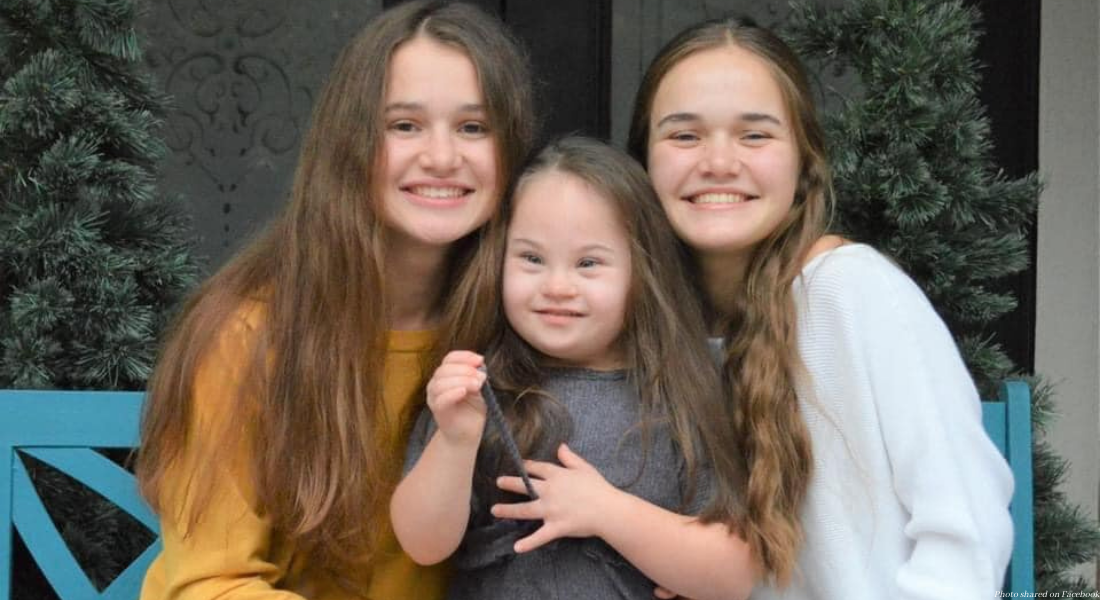 A little girl with Down syndrome is in Kindergarten and thriving — proving wrong the doctors who encouraged her parents to abort her.

Courtney Baker was already mom to two girls when she got pregnant with her daughter, Emersyn. But her joy soon turned to fear after a prenatal test revealed that she and her husband, Matt, could expect Emersyn to have Down syndrome. “We were in shock. We were devastated, but only because we were ignorant to any facts on Down syndrome,” she told the Epoch Times. “We only knew the worst-case scenarios, and we had no support whatsoever when we left our OBs office. We both felt completely lost.”

But rather than allay their fears and answer their questions, their obstetrician quickly began steering them towards abortion, going so far as to make an appointment for the couple to talk to someone about their options. “I told him that there was no discussion,” Baker recalled. “She was our child and we were going to have her. He seemed surprised and made the appointment for us anyway.”

At their next appointment, the obstetrician continued to pressure the couple, giving them a “dozen reasons” why they should have an abortion. “At that point, we had named her. I told him her name is Emersyn, and we are keeping her,” she said. “He questioned us again and in future appointments became almost like a bully.”

Yet the couple remained strong, even in the face of the doctor’s callous behavior. “Our last appointment he told us she had clubbed feet and he giggled,” she said. “Matt and I left the office knowing we wouldn’t go back.”

In February of 2014, Emersyn was born, thanks to the parents that fought so hard for her. “Faith absolutely played a role in keeping Emmy,” Baker said, and also explained that they already had experience parenting a child with a disability. Their oldest daughter, Rhyan, was born deaf and received cochlear implants. Now 19, Rhyan helped strengthen their faith, just like Emersyn did. “God not only walked through that trial with us but then used Rhyan’s deafness to help others in their journey,” Baker said.

Later, Baker wrote an open letter to her doctor, expressing the pain he put the couple through with his cruelty. “[I]nstead of support and encouragement, you suggested we terminate our child. I told you her name, and you asked us again if we understood how low our quality of life would be with a child with Down syndrome. You suggested we reconsider our decision to continue the pregnancy,” she wrote. “From that first visit, we dreaded our appointments. The most difficult time in my life was made nearly unbearable because you never told me the truth. My child was perfect.”

Because, you see, Emersyn has not only added to our quality of life, she’s touched the hearts of thousands. She’s given us a purpose and a joy that is impossible to express. She’s given us bigger smiles, more laughter and sweeter kisses than we’ve ever known. She’s opened our eyes to true beauty and pure love.

Today, Emersyn is six years old and in school. Baker hopes her doctor read her letter, and that it changes how he delivers a Down syndrome diagnosis from now on. “Doctors wield so much power,” she said. “He needed to know the facts about Down syndrome if he was going to hold their lives in his hands.”

Emersyn has a strong bond with her two older sisters, and Baker said she lifts the spirits of everyone who meets her. And Baker’s hope is that Emersyn, and people like her, will make a difference for other people with Down syndrome, too, who are aborted at rates of 90% or greater in some countries.

“I want to get to a place in society where we don’t have to fight so hard to show that people with Down syndrome are just that—people. They have thoughts, emotions, likes, dislikes, and precious hearts that can be hurt, just like every other human being,” she said. “And just like every other human being, they deserve life and to be treated with the same love and respect that we give anyone else.”