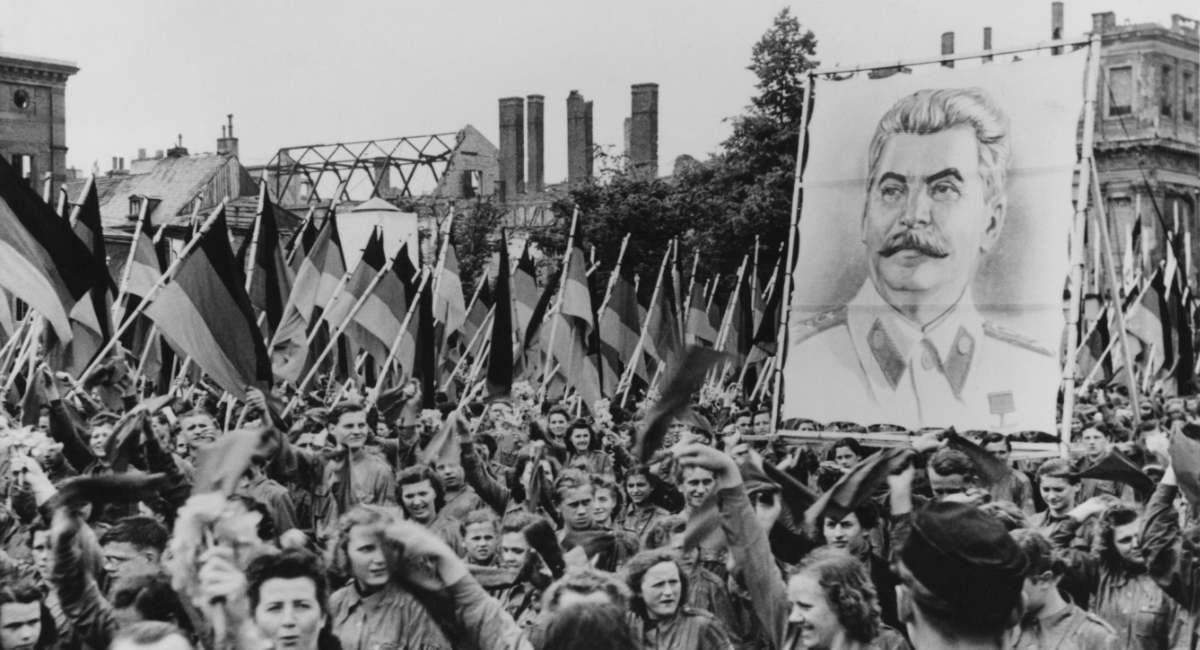 An op-ed in the Los Angeles Times written by Wendy Z Goldman, “What the U.S. can learn from Stalin’s abortion ban,” is a propaganda-laden example of journalistic spin. The author distorts facts and references numerous outside sources and statistics without ever providing a single citation. The conclusions Goldman draws from these bent bits of information are at least equally askew.

What About the War?

The article briefly outlines the history of abortion in the former Soviet Union, which was the first nation to make abortion conditionally legal in 1920, only to outlaw it again in 1936, then re-legalize it in 1955. The 1936 ban was driven primarily by concern over the falling birth rate.

Goldman argues that the abortion ban “had little impact on either the rates of birth or abortions.” This is demonstrably untrue. Goldman notes the fact that, after an initial post-prohibition boost, the birth rate began to fall again two years later, in 1938. However, she fails to account for the glaringly obvious principal reason for the steep decline in the birth rate beginning primarily in 1939: World War Two. The decline in 1938 was negligible – the birth rate didn’t begin to drop significantly until after the outbreak of the war. Obviously women can’t have children when potential fathers – and, in the case of the USSR, even some of the potential mothers – are away on the front lines.

Looking at crude birth rate statistics, a clear trend emerges: the birth rate dropped after abortion was legalized – both times. The war clearly played a major role, too, but the initial steep decline in births came immediately on the heels of the first legalization. The numbers began to climb after abortion was again outlawed, then dropped as a consequence of war, and began to climb again after the war’s end, only to decline after re-legalization in 1955. To claim that the legal status of abortion had no impact on the birth rate is to misrepresent reality.

Another disingenuous claim made by Goldman is that most Soviet women had abortions due to “the simple wish ‘not to have a child.’” This is not borne out by surveys of abortion-seeking women taken by Soviet health officials during the era in question, which showed economic factors to be the number one motivating factor behind the decision to abort.

“[T]he reasons for seeking termination of pregnancy revealed in 26,000 questionnaires distributed throughout the USSR … included inability to afford more children, insufficiency or absence of living space, lack of a child-minder whilst at work and inability to place the child in a créche or other establishment,” notes an article in the Journal of Biosocial Science.

Goldman also ignores major differences between the Soviet situation and that of the modern United States in order to bolster her argument against American abortion prohibition.

For example, Goldman fails to mention that legal abortion in the USSR was initially limited to the first 10 weeks of gestation. This makes the controversial Mississippi 15-week limit look permissive by contrast. Even when the USSR limit was extended to 28 weeks later on, this extension only applied to abortions for medical reasons or certain approved non-medical reasons, such as parental imprisonment and rape.

The abortion-on-demand-at-any-gestational-age situation that currently exists in the U.S. never existed in the USSR.

Furthermore, Goldman argues that unlike the USSR, U.S. states that have acted to limit abortion – she specifically names Texas – have provided “no state-mandated support to help [women] or the children the state is forcing them to bear.” Setting aside the ridiculous claim that the state is “forcing” women to bear children, which are a natural consequence of a particular action in which people can choose to engage (or not), Goldman fails to acknowledge recent family support legislation enacted in Texas specifically to complement the implementation of the Heartbeat Act.

SB 224, for example, simplified that state’s Supplemental Nutrition Assistance Program (SNAP) certification process, the mere existence of which defies Goldman’s claim. SB 1 increased funding for the Alternatives to Abortion (A2A) program – which provides services including counseling, classes, material assistance, and housing support to parents both before and after their child is born – by 25%. HB 133, on the other hand, extended the duration of Medicaid coverage to new moms; Texas provides Medicaid coverage for more than half of the births in that state. These are all in addition to already-existing federal programs like WIC, which debunk Goldman’s claim of a total lack of U.S. government support for mothers and children.

What can the U.S. learn from Stalin’s abortion ban? Exactly the opposite of what Goldman would have you believe: legalizing abortion does increase its frequency and does decrease the birth rate, just as logic would imply. This is true, not only for the former Soviet Union, but everywhere else, as well.