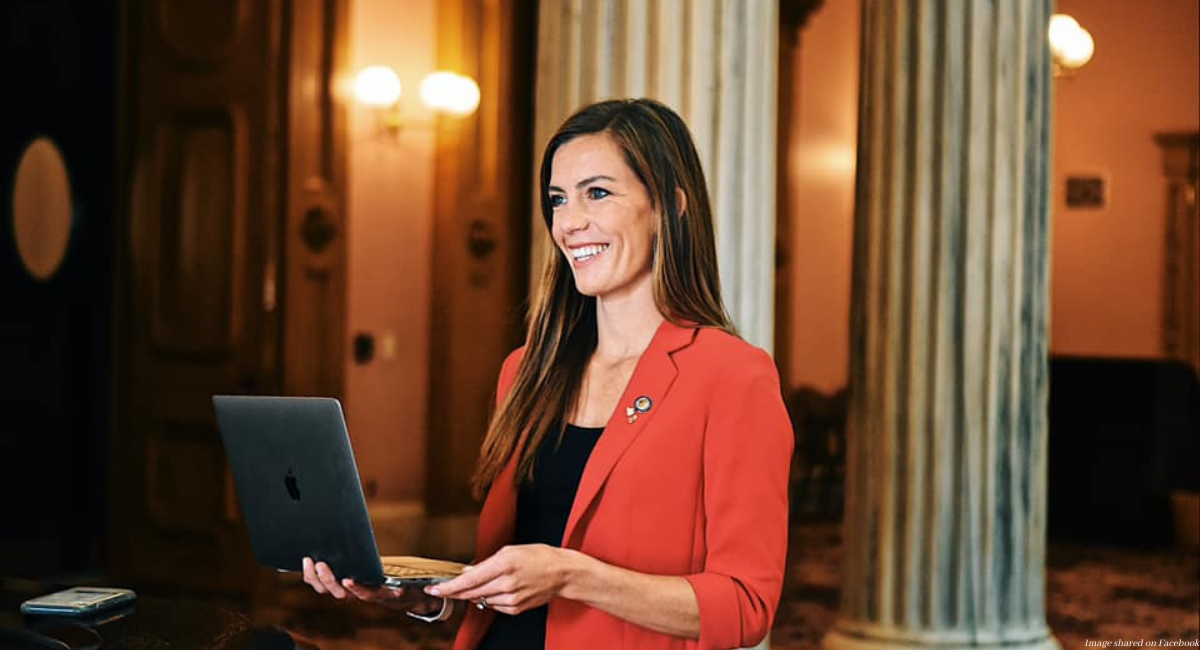 A new bill introduced by Ohio State Rep. Jena Powell aims to reduce the number of abortions in the United States from 2,363 each day to zero. The 2363 Act would ban abortion in Ohio, except in the rare situation where a mother’s life is at grave risk (see more here on why abortion is never truly medically necessary). Like the Heartbeat Act in Texas, citizens would be able to sue an abortionist for violating the law by committing an abortion, while the bill would exempt women undergoing abortions from legal repercussions.

Powell spoke with Live Action News in an exclusive interview about the legislation.

“The 2363 Act is… based off of the Arkansas Unborn Child Protection Act, which was signed into law earlier this year, but we’ve made a couple of changes,” explained Powell. “This bill uses the enforcement language by the Texas Heartbeat Act, which has been upheld by the 5th Circuit Court. We stated Alabama, Louisiana, Arkansas, and Utah as having recently passed similar pieces of legislation.”

The 2363 Act is one in which Powell has a personal investment, due to her upbringing and her passionately held pro-life beliefs.

“As a woman legislator in our state, I believe it is crucial that we move forward on pro-life issues,” she said. “I’m very, very passionate; I’m actually one of seven children. I’ve grown up in a household that protects life, and understands that abortion is wrong. And so for me, being in the legislature, it was exciting to start working on crucial pieces of legislation. We already passed the heartbeat bill in my first term, and that said that at the time we can see a heartbeat, that child deserves life, and to be protected; that’s currently being held up in the courts, but what I realized was, if we believe life begins at fertilization, then we have to continue moving the ball forward in protecting every life.”

Powell is also doing more than just passing legislation to defend life. She’s founded the Ohio Pro-Life Caucus, which aims to take pro-life activism even further. Powell and the Pro-Life Caucus believe in taking a dual approach to ending abortion, both through enacting pro-life legislation and offering increased support to women, children, and families.

“We have a lot of pro-life members in our state,” she said. “In Ohio, we’re trying to pull together as many conservative Republicans that believe in life, or members [who] holistically believe in the pro-life movement. We’ve sent out a co-sponsorship request, and we’re really moving forward on the bill. The goal of the pro-life caucus is to inform and educate members, as well as help them move forward the narrative and policies to protect every single life in the state of Ohio. We have bills that we’re working towards in the caucus between members — everything from eradicating abortion holistically, to protecting and preserving life, to helping pregnancy resource centers, to helping hurting mothers and families in our state. So, we’re kind of looking at a two-pronged approach, and saying, all right, let’s end abortion in our state, and let’s also move forward and help women, help children, and take steps to eradicate abortion as well.”

Despite support for pro-life bills across the country, the abortion industry continues to go on the attack against them. One common argument is that pro-life legislators are only concerned with protecting children before birth, which Powell said was “categorically untrue.”

“The state of Ohio gives tons of money to women, families, and children in our state. We continue to support pregnancy resource centers, we provide a lot of opportunities, whether it’s struggling mothers or young children, in our state,” she said. “Data would show us that those claims are untrue. And I understand why the pro-abortion movement wants to say that. But at the end of the day, the stats, the data, the knowledge, is on our side.”

Powell currently has 33 co-sponsors and one joint sponsor for the 2363 Act, noting that she believes there is “an appetite to protect and support life in our state, specifically with everything that’s going on in the Supreme Court. Ohio is a pro-life state. My first general assembly, we passed the Heartbeat Bill, and our voters — there’s over 11 million Ohioans — were in huge support of that bill, and were very thrilled that we moved forward on it. Ohio is a more conservative state for sure, and Ohioans see that we not only support mothers and children, but also we’re looking to protect life in the process.”

Abortion is our nation’s leading cause of death, killing more people than heart disease, cancer, or COVID-19. This gruesome truth echoes throughout the 2363 campaign, pleading with our national conscience that action must be taken on behalf of the most vulnerable. The science is crystal clear – human life begins at the moment of fertilization – not at birth, not at 15 weeks gestation, not even at 6 weeks when a preborn child’s heartbeat can be first detected. Every single preborn child deserves protection and no child should be discriminated against based on race, gender, medical diagnosis, or age.

The 2363 Act ensures that no child will be left behind to face the abandonment and violence of abortion.  We must be absolutely fearless in our efforts to protect these children as well as their mothers and families from the predatory abortion industry. The 2363 Act is the beginning of the end of legally sanctioned abortions in America.

Altogether, Powell expects great things in the future for the pro-life movement in Ohio, which will have a positive effect for residents throughout the state.

“We’re just really excited,” she said. “Ohio did not have a pro-life caucus, and so we’re excited to move forward holistically on helping women and children in the state of Ohio. We know abortion does not help women. There are so many resources for women and children, and men, because we know abortion harms everyone. It’s not just a female issue.”