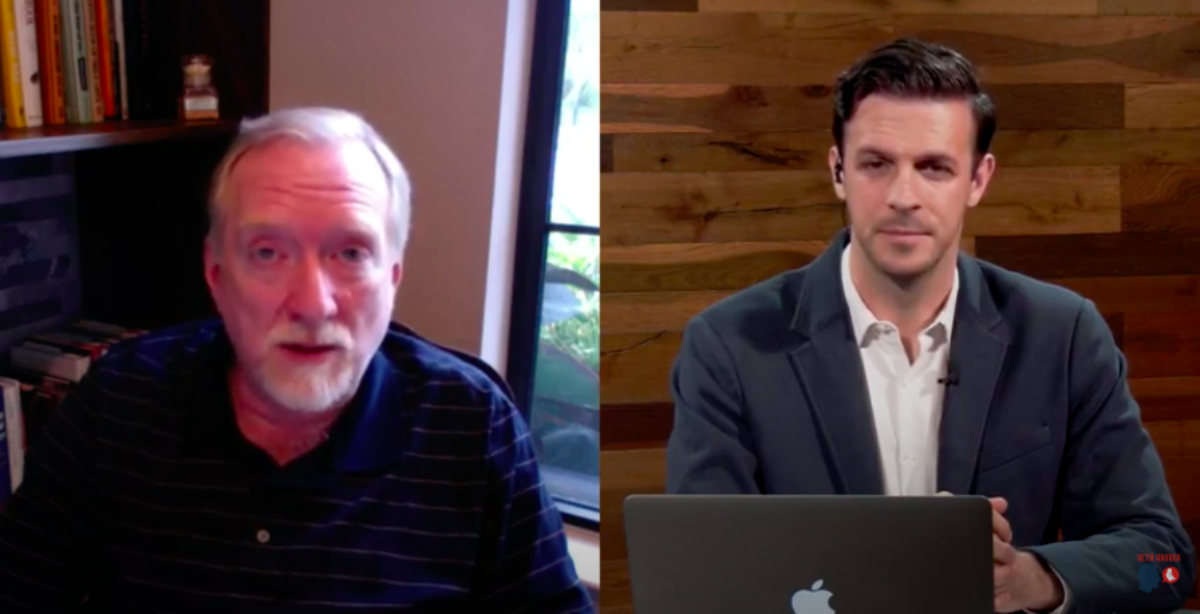 On a recent episode of the “UnAborted” podcast with host Seth Gruber, OBGYN Dr. Brent Boles joined Gruber for a Q&A debunking some of the most prevalent pro-abortion myths today. One of the most significant is that many women will die if abortion is made illegal.

If you want to be able to say that and look objectively at the data, there’s only one way to do it… to take death certificates and link them to any intervention for pregnancy whether it’s pregnancy care, a delivery, an abortion, care for a miscarriage, or medical care provided for an ectopic. You have to look at death certificates and link them to any kind of pregnancy care, and then sort out whether or not there was an abortion, or there was a pregnancy-related mortality or there was a delivery-related complication.

If you don’t do that, you’re not comparing apples to oranges… I mean, you’re not talking about the same things.

And that’s one of the things the CDC said: we use these two statistics for different public health purposes. So, you can’t link those together. And the only study they have was a study produced by doctors, Raymond and Grimes that came out in 2012. They concluded that a delivery is 14 times more likely to result in a maternal death than an abortion.

They had accurate maternal mortality statistics. They did not have accurate abortion statistics. The two statistics they used were not determined the same way. And they didn’t link death certificates across the board.

In other countries, said Boles, the fact that health care is often centralized has led to a more accurate body of statistics which demonstrates that in actuality, the opposite is true: childbirth is safer than abortion. Boles told Gruber:

… Health care is delivered differently in most countries in Europe than it is here. And with all the disadvantages that go along with a centralized system of healthcare provision like that, one of the advantages is they have a centralized database of statistics. So, researchers in Finland and in other countries in Europe have been able to link death certificates with any intervention during pregnancy.

And there are at least six studies, six published papers, and they all agree… abortion is more likely to result in a mortality than delivery. In fact, the best paper in that group says that you are four times more likely to die from an abortion than you are for delivering a child. And those are statistics calculated by linking the death certificates to any intervention during pregnancy, whether it’s a delivery, care for prenatal care, care for a complicated pregnancy, or someone who has an elective abortion.

… So, when you do the study the right way, when you analyze the data in the correct manner, it’s clear, it confirms what you and I have as a common-sense perception, that the things that you have to do to abort a baby are not safe, definitely not safe for the baby. And they’re also not safe for the mother.

Not just the risk of mortality, but the risks of damage to the cervix contributing to preterm labor. Women who’ve had two or more abortions are far more likely to deliver an extremely premature baby in a future pregnancy. And prematurity is an extreme cause of morbidity and mortality in newborns.

In other words, Boles says, it’s “simply not true” and “not defensible” to blithely claim — as the abortion industry does — that “abortion is 14 times safer than childbirth” or that “taking a medication abortion pill is safer than Tylenol.”

The abortion pill is not safe

Now, with the increased use of the abortion pill in society (an estimated 41% of all abortions are now done by pill), women are more at risk than they may think because the abortion pill’s adverse events are vastly underreported.

Boles told Gruber this is because “the information that’s available depends upon the abortion industry to self-report, to acknowledge the problems they have. That’s like asking the embezzler to file an accurate accounting report. It’s not going to happen.” Boles added:

One of the requirements that the FDA imposed when they approved this medication 21 years ago, was that Danco, the manufacturer, and that any future manufacturer report to the FDA any adverse events, even mild ones. But the manufacturer is dependent on two things. One, the manufacturer has to get a report from the abortion provider that there was a complication.

How many abortion providers are compliant with that? We don’t know because no state is allowed to go in and audit records, or inspect clinics. Every time you try, as a state legislature to impose accountability on the abortion industry, the ACLU and Planned Parenthood trot it out to a friendly judge in federal court and get it blocked. So, the abortion clinic, as far as information goes, is a great, big black hole. We don’t know what goes on inside.

As Live Action News previously noted, “Despite thousands of adverse effects and additional deaths, changes made in 2016 no longer required Danco to report non-fatal adverse effects.”

Boles referenced a study released by the American Association of Pro-Life OBGYNs (AAPLOG) which “showed that two-thirds of the women requiring surgery to treat complications from medication abortions had that surgery provided by a physician that was not an abortion provider. So that means that two-thirds of the moderate and severe complications that happen that require surgery — the women are not getting the care from the abortion provider. Those adverse events were not reported to Danco by the abortion provider.” Read more on that study here from Live Action News.

Boles pointed out that mifepristone, the abortion pill, has rules about its use for a reason – it has risks to women that make it far too dangerous for them to take without medical supervision:

There are over 20,000 pharmaceutical products, prescription products that are available in the United States, name brand and generic, over 20,000. Only 57 of them currently have a Risk Evaluation and Mitigation Strategy (REMS) restriction up on their use, only 57 out of over 20,000, and one of those is Mifeprex. Because if you use it in a pregnancy that’s farther along than the recommendation, the patient is much more likely to have an incomplete process to develop an infection, to have hemorrhage that requires a blood transfusion or further surgery.

And women have died from those kinds of complications.

One of those complications is the possibility of an ectopic pregnancy. Boles noted the need for women to be seen in person by a clinician, as the FDA’s REMS require. Yet the abortion industry is pushing a “no-test” abortion protocol in which a woman receives no physical exam, no pregnancy test, no ultrasound to confirm gestational age, and no Rh factor testing which could affect future pregnancies. Boles told Gruber:

… [I]f the person is not evaluated in-person by physical exam or ultrasound to confirm that the pregnancy is not an ectopic — one that develops in the fallopian tube or outside of the uterus in the abdomen, rather than inside the uterus — if a woman has an ectopic pregnancy, and is given Mifeprex [mifepristone], then, when she gets the early warning signs that her ectopic is about to cause problems, she calls the abortion provider and she’s told, “Oh, honey, that cramping is normal. That pain is normal. Everybody goes through it, you’ll get over it,” and then, they hang up on her.

So, as her pain increases and her tubal pregnancy gets closer to rupturing and causing her to bleed to death from the inside, she sits at home thinking, “Oh, well, they told me this is normal.” And so, there’s that danger.