Germantown Reproductive Health Services, the late-term abortion facility run by LeRoy Carhart in Maryland, has closed its doors. As reported by The Washington Post, the clinic has been purchased by Maryland Coalition for Life, a pro-life group that had been working for years to close down the facility. The sale is scheduled to be finalized this fall; however, it appears Germantown Reproductive Health Services has closed ahead of schedule, according to the website Abortion Pages and a statement from NARAL.

“Each longtime owner of a medical facility seeking to willingly close the business has to choose when and how to do so in the best interests of one’s family as well as the community that has been served. Although the announcement of the closing of the Prince George’s and Germantown Reproductive Health Services may seem sudden, it has been known in the Maryland abortion care community that the owner had been considering ceasing operation,” the statement read.

The Germantown facility is one of three in the United States that are notorious for committing late-term abortions on a regular basis. The other two are located in Colorado and New Mexico. Carhart has a history of injuring and killing women during abortions, as well as committing health violations and gross negligence. For years, he has committed abortions after 26 weeks gestation when babies are clearly viable (though viability is medically possible much earlier) and when the health of the mother can be saved more quickly through a C-section.

Leroy Carhart was featured in Live Action’s Inhuman investigation, where he was heard comparing preborn human beings to “meat in a slower cooker.” He also admitted that he commits late-term abortions on healthy women and babies.

Carhart explained his abortions in a conversation with a woman who went undercover into his facility:

Woman: — for some reason, I’m not able to deliver, you’ll be able to get it out–

Woman: What do you use to break it up? Just–

Dr. Carhart: A whole bunch of, you know– 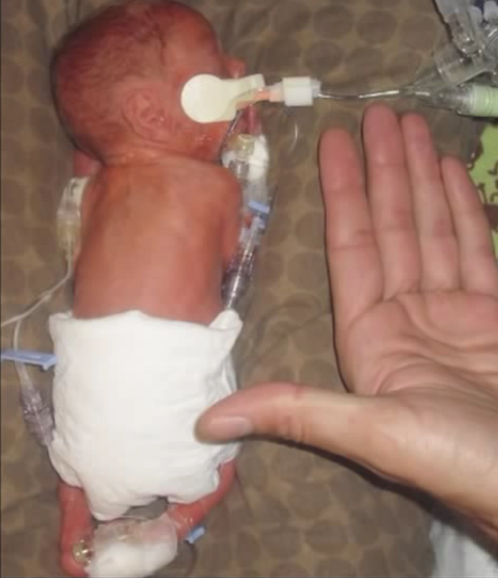 Leroy Carhart aborts babies just like this one, who was born prematurely and survived.

Carhart, who travels from Nebraska in order to abort babies in the third trimester, has said he plans to open another late-term facility in Maryland and is in the process of making that happen. Still, the closing of the Germantown facility is being celebrated.

“It’s a miracle. You fight for something for seven years, and all of a sudden it’s handed to you,” Dennis Donnelly, media director for the Maryland Coalition for Life told The Washington Post.

The Maryland Coalition for Life regularly organizes pro-life rallies outside of the facility and opened a crisis pregnancy center across the parking lot.