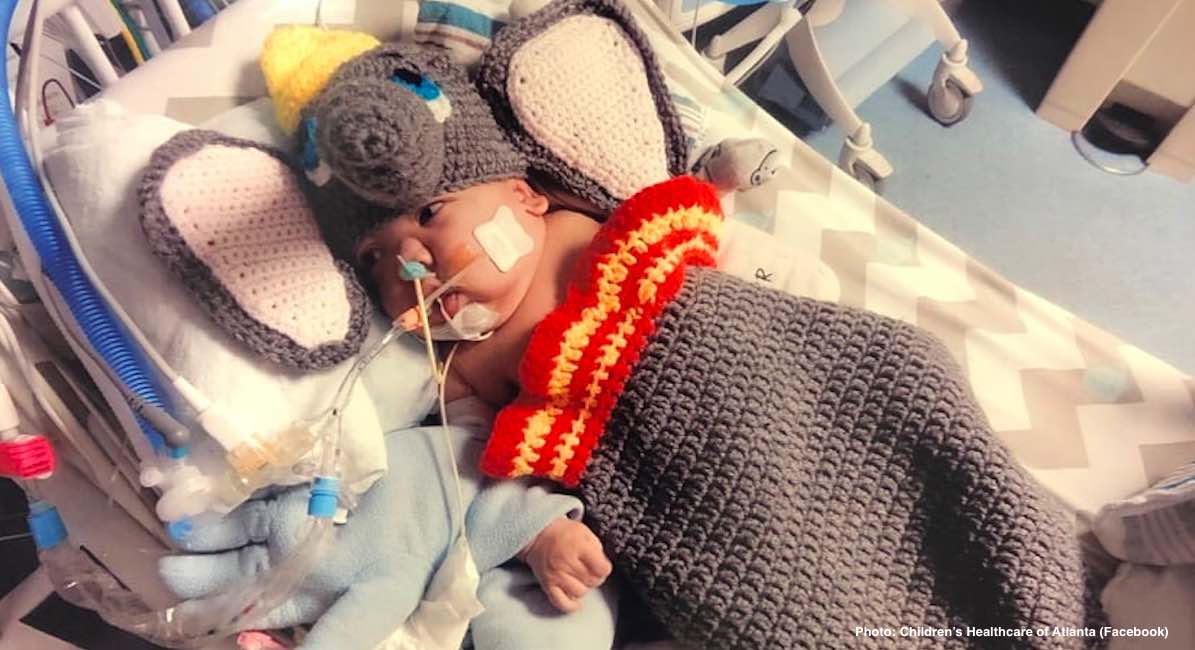 If there’s anyone stealing the show this Halloween, it’s the babies at Neonatal Intensive Care Units around the country. Being able to dress your baby up for her first Halloween is one of the joys of parenting. But when your baby is in the NICU for holidays or an extended period of time, those “firsts” can feel as though they’ve been lost. But, from Philly to Atlanta to Green Bay, the lives of families with babies in the NICU got a little brighter with adorable and tiny Halloween costumes.

In Green Bay, Wisconsin, hospital staff wanted to make the kid-favorite holiday special for families of NICU babies at Aurora Baycare Medical Center. Tiny preemies were wiggled into Halloween costumes provided by family and staff members, and the parents loved it. The hospital’s Facebook page is even running a contest for people to vote for their favorites.

“This experience with him for his first 16 days hasn’t been normal,” Brent Beck, father of baby Ashe Beck told WXYZ. “So doing something fun like this feels normal and has actually been hilarious and fun and a lighthearted thing to kind of joke about and put together.”

In Philadelphia, Pennsylvania, children in the NICU at Children’s Hospital of Philadelphia (CHOP) were dressed up for Halloween no matter what obstacles were standing in their way — breathing tubes, monitors, and more.

“Opportunities like this are just a feel-good way for families to feel happy and enjoy the fall season, despite being in the hospital,” explained a CHOP spokesperson to NBC Philadelphia.

In the NICU at Children’s Healthcare of Atlanta, nurse Tara Fankhauser spent month crocheting Halloween costumes for the babies – for the fourth year in a row. She begins knitting in the spring with costumes taking up to a full day to make. She never makes duplicates. Every costume for four years has been unique to the baby who wears it.

“What started out as a hobby has quickly become a hospital tradition that brings joy to our families and staff,” the hospital said in a press release.

These hospitals are giving parents what they desperately need: a sense of normalcy during a difficult and stressful time and hope for a bright future for their child. Many premature infants can survive after being born as early as 21 weeks when given medical assistance, but sadly, some doctors refuse to see the value in helping them. Treating premature infants as the human beings that they are is a wonderful gift for parents who just want to bring their babies home to celebrate all of their firsts.