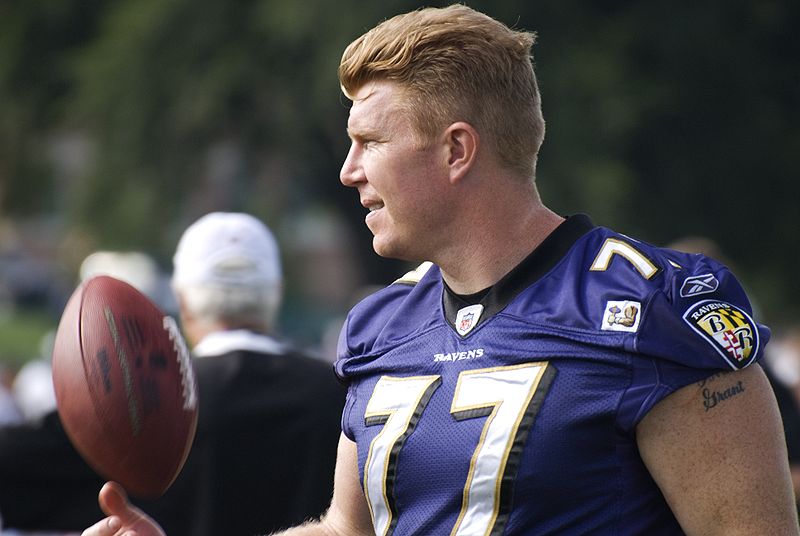 NFL champion Matt Birk, formerly of the Baltimore Ravens, has never been shy about standing up for his pro-life convictions. In 2016, Birk spoke at the March for Life, where he told participants that he is “unapologetically pro-life.”

Birk, who has eight children, said that pro-lifers “love and appreciate” post-abortive women who now defend the preborn. After his Super Bowl win, Birk declined to visit the White House when pro-abortion President Barack Obama was in office. Birk expressed his disapproval when Obama said, “God bless Planned Parenthood” during a Planned Parenthood event. Iowans for LIFE describes why Birk decided to skip the White House:

Birk stated then, “It was because of my Catholic faith and my pro-life convictions…ultimately, it was because of my kids. I want to not just talk about my faith, but…live it out, too. And a few years ago, some of the older ones [were] aware of Planned Parenthood and what occurs there, and so, I wanted to set the example for them and be a dad that they could be proud of.”

In his retirement and as an NFL player, Birk has continued to be someone who “set[s] the example,” even as he’s faced criticism for standing up for the various issues he believes in.

Birk joins other well-known professional athletes who are also speaking out for life. Tim Tebow appeared with his mother, Pam, in a Super Bowl ad about how she chose life despite her difficult pregnancy. For his part, Tebow has remained steadfast in his beliefs and activism, despite pro-abortion and media criticism.

NFL player Benjamin Watson, who is also with the Baltimore Ravens, has also spoken out numerous times against abortion. He has condemned Planned Parenthood’s history of targeting the African-American community and encouraged men to “stand up for” women and children.

“It is past time for men to be the leaders, caretakers and protectors they were created to be,” Watson said. “As with many other social injustices, abortion will not end until men stand up for both the lives of the innocent and the mothers in crisis. While it has been attractively packaged by some, abortion is the most egregious social injustice of our time.”