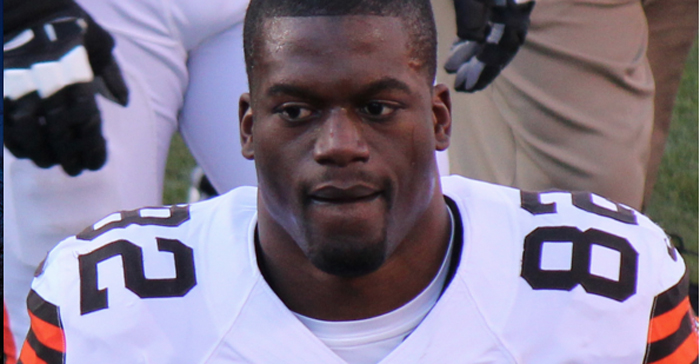 During a recent interview with Turning Point Pregnancy Resource Center, Baltimore Ravens tight end Ben Watson took a stand against Planned Parenthood and abortion for their death toll on the black community.

“I do know that blacks kind of represent a large portion of the abortions,” he said, “and I do know that honestly the whole idea with Planned Parenthood and [Margaret] Sanger in the past was to exterminate blacks, and it’s kind of ironic that it’s working.” Live Action News has extensively covered Sanger’s beliefs in eugenics.

“We [as minorities] support candidates, and overwhelmingly support the idea of having Planned Parenthood and the like,” the football star went on to lament. “We are buying it hook, line, and sinker, like it’s a great thing. It’s just amazing to me and abortion saddens me, period; but it seems to be something that is really pushed on minorities and provided to minorities especially as something that they should do.”

Watson also believes that abortion would be alleviated if more men who father “unintended” children would take responsibility.

“A lot of the women wouldn’t be having abortions if the men would step up and be a part of what they are already biologically a part of. Raising children and having children, even though the women birthed the child, is designed for two people to do it.”

In addition, he recounted a situation where he counseled a teammate whose girlfriend was pregnant: “My whole speech to him was encouraging him about what an awesome opportunity it is to raise a child, to give the child a home, to love that child, and that God entrusted him with another life, and what a responsibility and the privilege that is.”