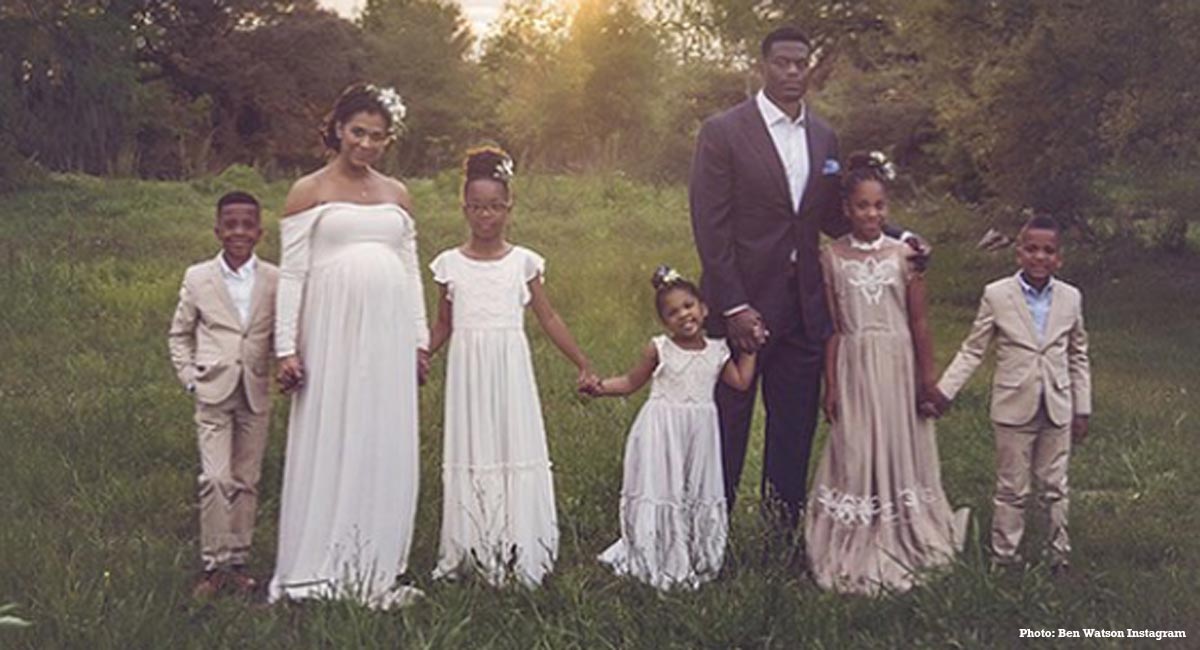 Benjamin Watson, former NFL tight end for the New Orleans Saints, announced that he and his wife Kirsten welcomed newborn twins on April 24. The proud father of seven had been outspoken about his excitement in welcoming two new children to his family. Taking to Facebook the night before the twins were born he wrote, “Tomorrow will add to our joy!”

The twins were born on the 15th anniversary of Watson’s first-round draft by the New England Patriots. He celebrated the occasion and made the announcement on social media with a picture of his 2004 draft selection alongside a picture of him cradling his newborn twins.

Always remember, Mommy is the real MVP. But y’all are pretty cool too. Time to go home. #WatsonTwins

Watson first shared the news of his wife’s pregnancy in November during a televised game against the Los Angeles Rams. During his memorable pregnancy announcement, which some have dubbed “the greatest pregnancy announcement in history,” Watson scored a touchdown and celebrated by tucking the football under his jersey and holding up seven fingers, to signify his seven children. He confirmed after the game that his wife was expecting twins.

At the time, Watson explained his actions, saying “I always put the five up for my kids. So we’re adding two more. As I did it, I saw my wife in the stands and I kinda pointed at her and waved. She was OK with my announcing. Now everybody knows we’re about to be the Watson seven.”

READ: Reunited for first time outside womb, premature twins hug each other

Watson was also candid about his reason for announcing the pregnancy in such a public way. “We have had a few miscarriages over the past years, so it’s been really tough,” he said. “We tried one more time … We wanted to share that. We want people to pray for us. We want to be open about it and we are excited. You never know when you’re going to score again.”

For your prayers, well wishes, and acts of kindness toward us during this pregnancy we are eternally grateful. Thank You! @_kirstenwatson_ is healthy and recoverying from delivery. I am in awe of her strength and Gods faithfulness. Asher and Levi are just enjoying the view. #WatsonTwins 😊

Watson has long been an outspoken defender of life and has used his platform as an NFL star to be a powerful advocate for the unborn. In 2017, he spoke at the March for Life, where he called on men to stand up and defend the lives of the innocent unborn children and mothers in crisis. In 2018, he and his wife generously donated a state-of-the-art 3D/4D ultrasound machine to Severna Park Pregnancy Clinic in Maryland. Although he is now retired, he continues to use his status as a professional athlete to bring attention to some of the most pressing life issues facing the country.