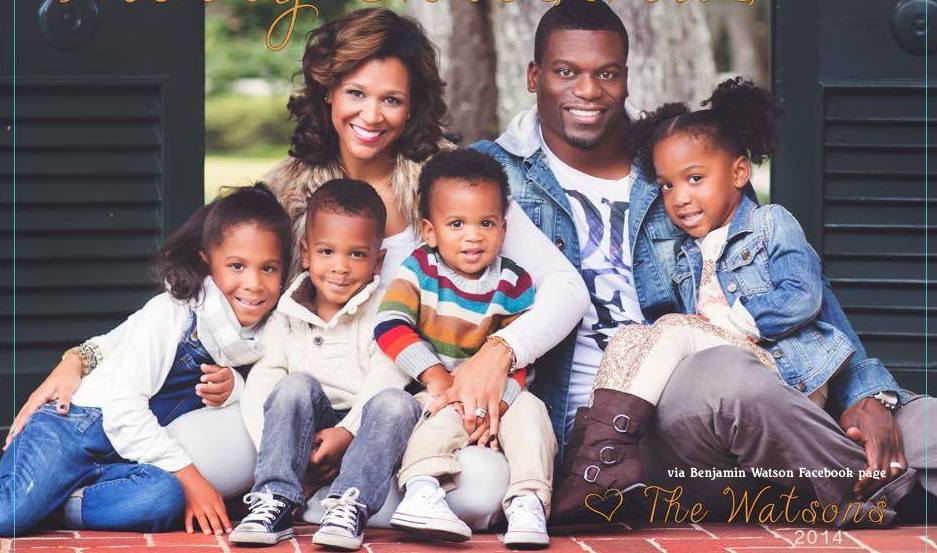 Super Bowl champion Benjamin Watson delivered an impassioned message to crowds of hundreds of thousands of Americans participating in the 44th Annual March for Life on January 27. Watson, who is an outspoken pro-life advocate, specifically addressed the men in attendance, urging them to take ownership of the abortion issue.

“We as men must stand up for the lives of the innocent and their mothers in crisis,” he said. “As important as women have been in championing this cause, you men must rise up and lead the charge. Even if it wasn’t demonstrated for you by a father, you can be different. You can change the course of generations. Men: we can be silent no more!”

Watson works alongside the pro-life nonprofit Human Coalition to engage men in the abortion conversation, and has recommended that men read Abortion: The Ultimate Exploitation of Women to learn how to become effective advocates for women and children in the pro-life movement.

In early January 2017, Watson stated that, “abortion will not end until men stand up for both the lives of the innocent and the mothers in crisis.”

Following Watson’s remarks, Bishop Vincent Mathews of the Church of God in Christ (COGIC) took to the March for Life stage to share how his denomination of over 12,000 congregations is engaging Christians and the African-American community in the pro-life movement in unprecedented ways. This initiative began last year, when COGIC entered into a 3-year partnership with Human Coalition to bring pro-life resources and education to Christians and the black community.

“As you stand here,” Bishop Mathews said, “you are protecting Black Americans and Africans around the world. My people are being hunted like animals.”

Today, COGIC is working to promote active engagement in the pro-life cause by encouraging members to work with pregnancy resource centers, to adopt children in danger of being aborted, and educate themselves and one another on abortion and its effects. Human Coalition created a pro-life resource center for the church, which can be found at FamilyLifeCampaign.org.

Pro-life Americans comprise possibly the most diverse cohort in the country, yet we are united in our message: our nation, and the world, can and must do better than abortion. With unprecedented media coverage – thanks in large part to President Trump publicly calling out the media for decades of failure to cover the March for Life – we hope that more Americans than ever will be exposed to the pro-woman, pro-life messages we heard echoed on the March for Life stage.