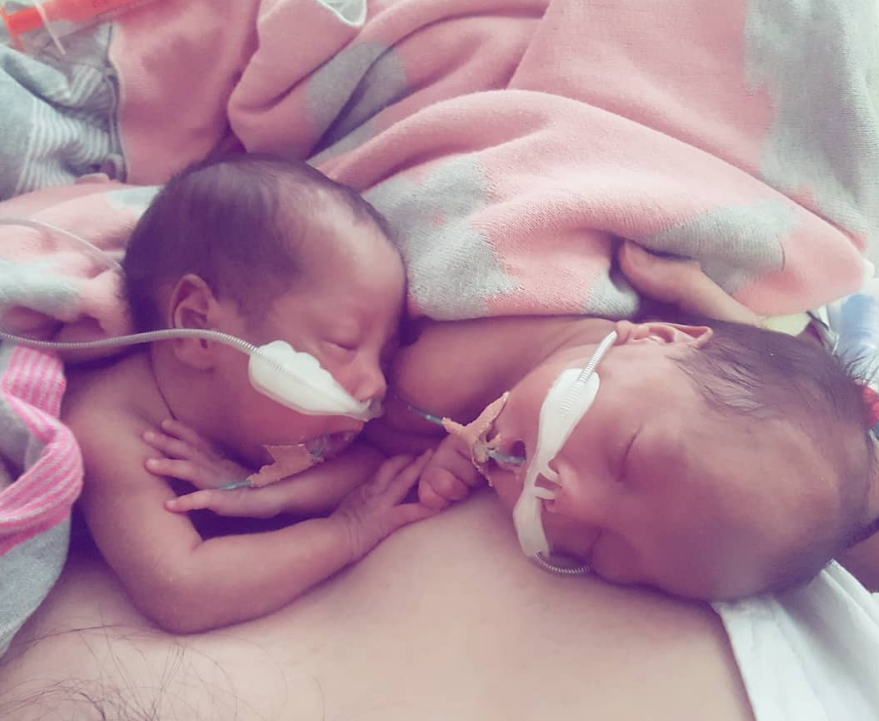 Premature Australian twins Olivia and Zoe are getting international attention after the sweet moment they were reunited was shared on Instagram.

The twins’ mom, Ann Le, has been documenting the journey to welcoming Olivia and Zoe on Instagram. The twins were very high risk because they were mono-chorionic mono-amniotic, meaning they shared a placenta and amniotic sac in the womb. This condition is sometimes called “momo” twins, which inspired the name of Le’s Instagram account “The Momo Twin Experience.”

When the twins showed signs of distress in January, they were delivered prematurely via caesarian section at just 28 weeks, 5 days. Because they were three months early, both twins were quickly taken to the Neonatal Intensive Care Unit, where they had separate incubators. Their prematurity made it difficult for the twins to regulate their breathing.

Finally, late last month, Le was able to hold both of her daughters, and the girls were reunited for the first time since their birth. Le wrote on Instagram, “27 days after birth the girls finally got to meet. Zoe immediately went in for the hug 😍😍😍”

“My heart just instantly melted,” Le told Today about the moment. She added, “After all the difficult weeks of keeping them apart, I was so relieved they could be reunited and had an ingrained bond.”

Le and her husband, Jason Poon, were hoping to bring their daughters home in April, but learned that the girls will need heart surgery, which will likely delay their homecoming. The family is still overjoyed at the twins’ progress thus far.

Despite their affectionate reunion, Zoe and Olivia are not always so cuddly. “Sometimes they love each other and are happy to enjoy an afternoon nap, and other times they just irritate each other and end up pushing each other away,” Le explained to Today. “It’s quite hilarious to see.”

There is no doubt that the twins share a unique relationship that begins before they were even born. Preborn twins have been seen holding hands, cuddling, and even fighting. Like Zoe and Olivia, other twins have been seen comforting and hugging each other even as newborns.

One commenter on Le’s Instagram shared her story of a special twin bond. She wrote, “My sister and I were 2 mos premature in 1953. We cried constantly unless we were together. People don’t understand our bond formed in the womb.”