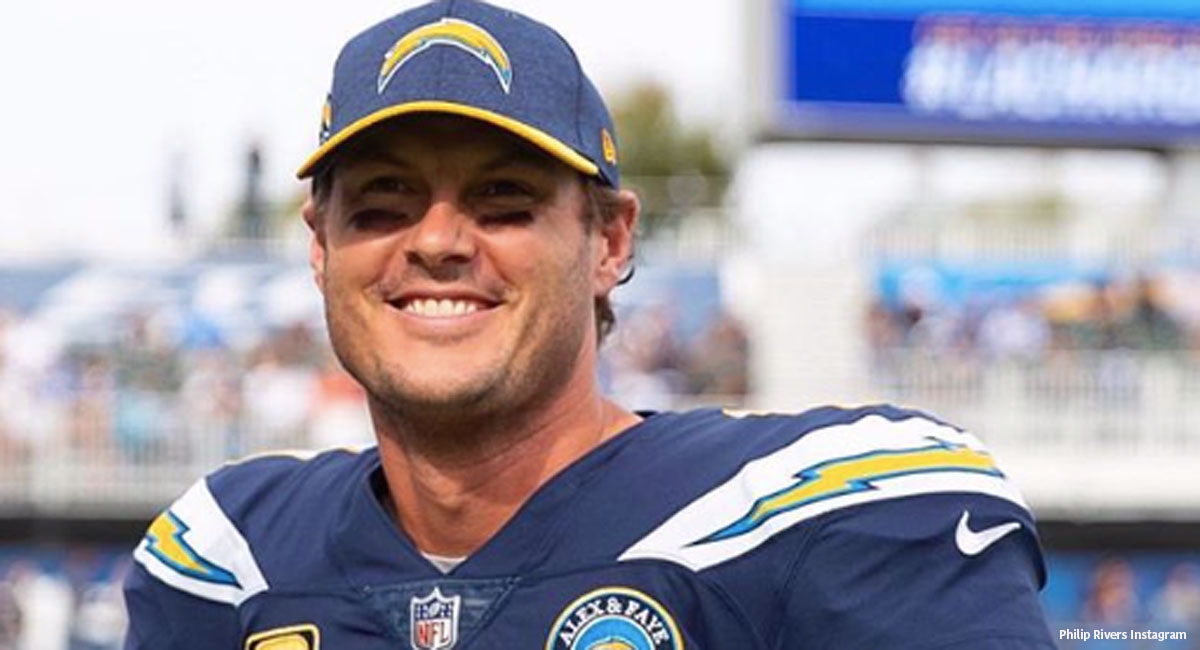 Philip Rivers, quarterback for the Los Angeles Chargers, welcomed a baby girl into the world at the end of March. This is Rivers’ ninth child with his wife, Tiffany, and even the team is celebrating with them.

The birth of the latest Rivers’ daughter, their seventh girl, was announced on Twitter by the official Chargers account. An adorable tweet excitedly announced, “SHE’S HERE.”

Rivers met his wife in junior high school, and the childhood sweethearts married in 2001. Both devout Catholics, the couple is committed to avoiding birth control and uses Natural Family Planning to plan their family instead. He is also a devoted family man; when his team relocated from San Diego to Los Angeles, Rivers refused to uproot them from their home. Instead, he took his work on the road with a converted SUV that allows him to review game and practices tapes during his 90 minute commute, so he can still work and spend time with his children.

“My two biggest things were my family time and my preparation and what I owe this football team,” Rivers told the San Diego Tribune. “I was not going to sacrifice either of them in any big proportion. I can look at all the pluses and minuses and say, ‘OK. This does it.’ This allows me to get home in the 6 to 7 hour, which is when I got home the last 11 years, and it allows me to watch all or more of the film I watched before.”

His children likewise sing his praises; his efforts to be a devoted father are not missed by them. “He always wants to be with us,” 10-year-old Gunner said to Chargers.com. “Whenever he’s home, he plays with us and he’s with us all the time. Wherever we go out – we go all kinds of places – random people just come up and ask for his autograph and for pictures. It’s cool. But he’s always there for us. But when he’s home, we like to throw the football in the yard. We like to putt on the putting green, watch football and do things like that.” Oldest daughter Halle agreed, calling him “so selfless” and adding that “[i]f he has one extra minute that he could do something else, he’ll be with us.”

READ: NFL quarterback Philip Rivers: We have eight kids and would love more

Rivers also championed foster children through his former charity, the Rivers of Hope Foundation, and it was born out of his pro-life convictions. “God kind of revealed it to us,” he said in an interview with Celebrate Life magazine. “We both knew we wanted to do something with children, and I’m very pro-life. We thought, ‘What about the kids who are here, who aren’t given the love and care that they deserve?’”

Though the foundation is no more, he continues to support foster children through other avenues, and works to spread the message of life. “If we can get one child with a forever family, it’s worth it,” he said in his Celebrate Life interview. “Every life is precious. And also those unwanted are the unborn. Our foundation expands the culture of life to crisis pregnancy centers. There’s a mission to protect the unwanted and abandoned. It’s all intertwined.”