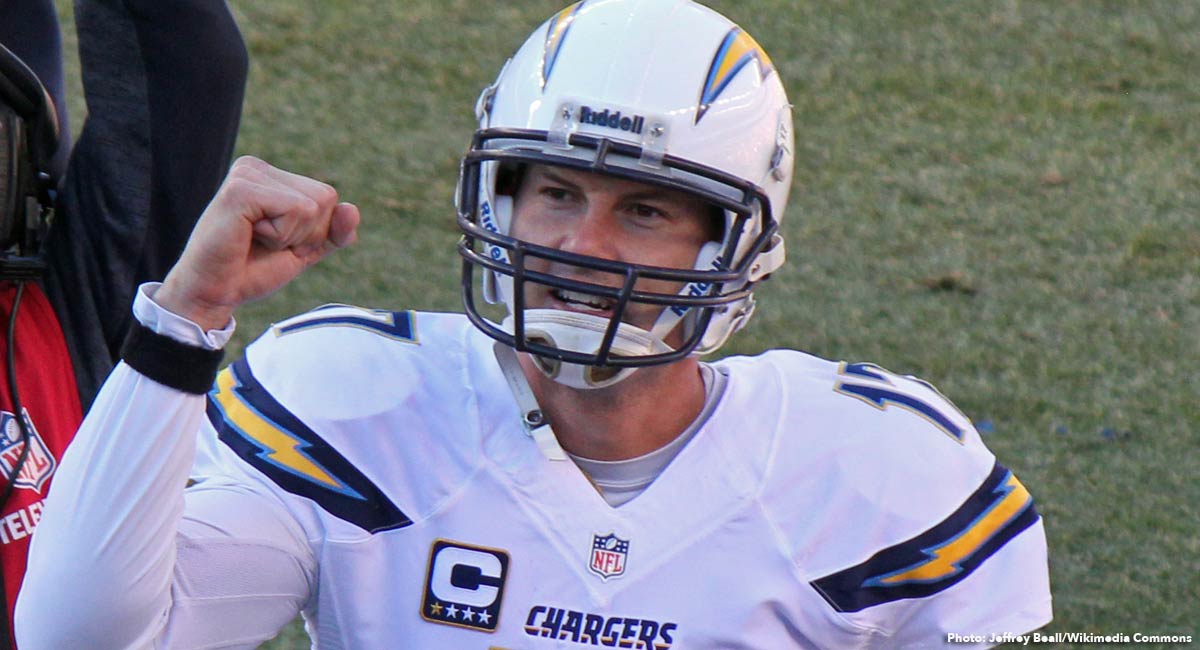 Philip Rivers, quarterback for the Los Angeles Chargers, is well known for his faith and love of family. When he appeared on the Dan Patrick Show earlier this month, people seemed most interested in discussing Rivers’ family instead of his football. The interview included discussion of the current season and Rivers’ career, but the part of the interview that caught everyone’s attention was when Patrick asked about Rivers’ children.

Patrick stated with a chuckle, “We were trying to bet on how many kids you have now. I went with eight.”

Rivers responded happily, “You’re on it,” and proudly added, “You nailed it! Six girls and two boys.”

After establishing the number of Rivers children, Patrick asked with a serious tone, “Are you done?”

Rivers didn’t hesitate before enthusiastically saying, “No! Heck no, I hope not!”

Looking surprised and a little uncomfortable, Patrick asked, “Does your wife know that you want to have more?”

Rivers’ enthusiasm for his large family has been described as “absolute insanity,” and the Dan Patrick show posted a clip of the interview under the headline: “Philip Rivers: Eight is not enough…. wants more kids.”

While many people cannot fathom Rivers and his wife Tiffany being open to the possibility of more children after welcoming eight, the couple has consistently shown commitment to their faith and their family. They met in junior high school, married when Philip was 19 and Tiffany was 18, and welcomed their oldest daughter, who is now 16, the following year. Rivers has spoken elsewhere about the importance of the family’s faith. Rivers is Catholic, and his wife converted to Catholicism when they married.

Rivers has also made sacrifices to keep life as ordinary as he can for his kids, despite being an NFL star. This year, Rivers unveiled his inventive solution to the challenge of keeping his family in San Diego where they have established roots after the Chargers’ move to a new facility. Rivers uses a converted SUV and hired driver to ensure that he can get work done on his extremely long commute without sacrificing time with his family.

Leading up to the birth of his eighth child, Rivers told game announcers he has managed to make it to all of his children’s births despite his demanding travel schedule in season.

In the same interview that caused all the online comments, when discussing his idiosyncratic throwing form as quarterback for the Chargers, Rivers told Patrick fondly, “My oldest son now is 10 and he throws it exactly the same way.” It’s clear that Patrick’s enthusiasm for his eight children is sincere and his commitment to his family is a great example.