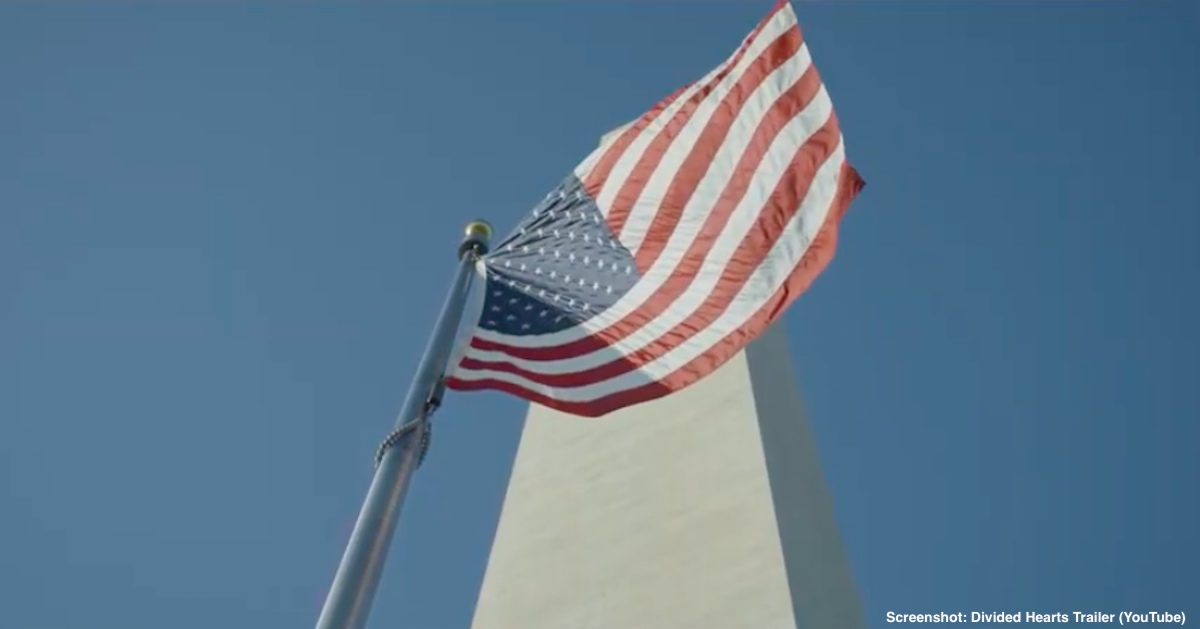 The pro-life documentary “Divided Hearts of America” is scheduled to release on September 17, 2020, through online streaming. The film, produced by football star and pro-life advocate Benjamin Watson and his wife, Kirsten, explores the topic of abortion, especially in recent years, seeking to encourage empathetic conversation.

The movie features more than 30 interviews, offering many perspectives in a film that runs less than 90 minutes. Watson frames the film as a search for truth, and he travels to speak with people to come to a better understanding. He says, “Our nation is being torn apart; heated debates are raging like a wildfire across this great land. We’re fighting over culture, race, religion, science, social justice, and politics.” He focuses on one issue — abortion — seeking to find how everyone can be united in a common cause.

The film includes a review of significant abortion laws and the historical background of abortion. There is an emphasis on the eugenic philosophy that motivated the early pro-abortion movement and the current targeting of minority groups through abortion. The interviews also briefly cover the science of preborn life and describe the various abortion procedures, using Live Action’s abortion procedure videos for visuals. Finally, the film also includes several personal stories of people affected by abortion.

Given the scope of these topics, none are covered in-depth, and the pace of the documentary can be disorienting. Nonetheless, it offers a good overview of the many facets of the pro-life movement.

Watson says his purpose is to bring empathy to both sides of the issue. Pro-life people interviewed include many high-profile names, such as Dr. Alveda King, Dr. Ben Carson, and U.S. Senator Tim Scott. In addition, Watson speaks with several pro-life legal scholars, civil rights activists, and intellectuals.

The film does not feature many interviews with pro-abortion advocates. In part, this speaks to the divisiveness of the topic of abortion, especially in recent years. Watson says that when seeking interviews about the pro-abortion legislation passed in New York in 2019, his requests to Governor Andrew Cuomo’s office and 30 state representatives went unanswered.

Watson was eventually able to interview New York State Senators Gustavo Rivera and Liz Kreuger. These legislators are the strongest pro-abortion voices in the film, and their comments are often used as the basis for a counterpoint by a pro-life person being interviewed.

The other reason for the disproportionate number of pro-life views expressed in a film that purports to bring empathy to both sides may be that mainstream media amplifies the voice of pro-abortion activists. Watson told the Hollywood Reporter while the film was still in production, “Dissenting views should be respected and in fact encouraged. There are many people in Hollywood who would consider themselves pro-life but they feel as though their viewpoint is unacceptable in the industry.” He added, “No one should feel like their job is in danger because of their convictions on this issue.”

Perhaps the filmmakers are right to presume that the audience knows the pro-abortion claims because they are so prevalent.

While the film begins with legal questions and an examination of pro-abortion laws passed last year in New York and Illinois, the focus of the film is not primarily legal or historical. Watson notes, “Over time, these [abortion] laws have drifted away from the personhood question and shifted to issues that are often painted in terms such as ‘women’s rights,’ ‘reproductive freedom,’ and ‘women’s health.’” He explains elsewhere, “Our laws are important. How we govern says a lot about who we are as a nation and what we aspire to be as a people. But laws alone cannot guarantee that we will have understanding in our minds or transformation in our hearts.”

The documentary’s focus is on how can have the power to bring understanding and transform hearts. The interviews are at their best not when either side is expressing canned talking points, but when people connect with Watson and share their personal stories.

As the film explores the personhood of the preborn child, there is no more powerful articulation of that truth than the words of those who survived abortion or who could have been aborted. Watson interviews well-known pro-life activists like Ryan Bomberger, who was conceived in rape, and Melissa Ohden, who survived an attempted abortion. Speaking on behalf of all children like him, Bomberger says, “I feel sad for a society that thinks that the violence of abortion somehow cures the violence of rape. What led to my conception doesn’t change my worth.”

As the film explores the infanticide that grows out of a culture of abortion, Ohden says, “I was blessed to have someone who was willing to fight for me that day, but I know that’s not always the case.”

Moments like these in the film are emotionally powerful while also supporting the film’s rational argument in favor of life.

With a sweeping range of legal, historical, and scientific questions, “Divided Hearts of America” presents a deeply personal response to the legacy of abortion that will likely take viewers by surprise. The Watsons, who have been recognized for their years of pro-life advocacy, have undertaken an ambitious project for their first foray into film.

The film is available for streaming on SalemNow beginning September 17, 2020.