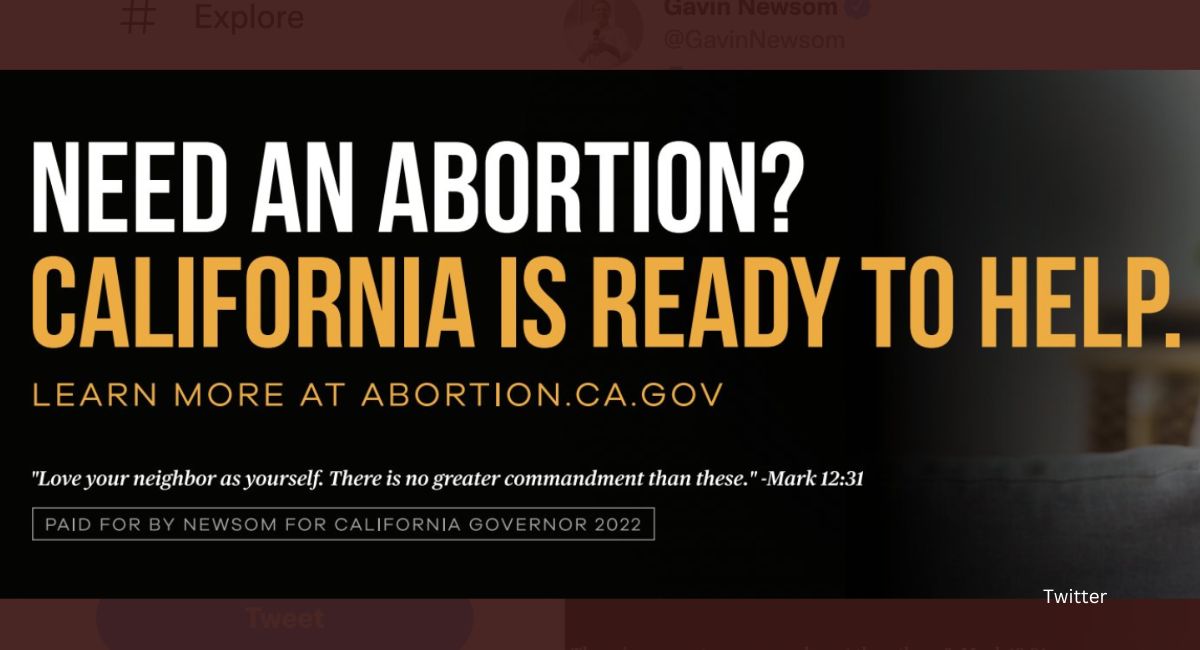 Fresh off of his announcement of a new California website promoting abortion, Governor Gavin Newsom has placed billboards in seven pro-life states, telling women to come to California for abortions and using Bible verses as well.

Billboards criticizing laws protecting preborn children were erected in South Dakota, Indiana, Michigan, Ohio, South Carolina, Oklahoma, and Texas on Thursday, and Newsom wasted no time in taunting the respective governors of each state about it as well. On Twitter, Newsom posted a thread boasting about the billboards, and included a picture of each one, while tagging the governor of each state.

“NEW: Just launched billboards in 7 of the most restrictive anti-abortion states that explain how women can access care — no matter where they live,” he wrote. “To any woman seeking an abortion in these anti-freedom states: CA will defend your right to make decisions about your own health.”

NEW: Just launched billboards in 7 of the most restrictive anti-abortion states that explain how women can access care–no matter where they live.
To any woman seeking an abortion in these anti-freedom states: CA will defend your right to make decisions about your own health.

The billboards specifically taunted the pro-life states, with messages like:

Texas doesn’t own your body. You do.

Need an abortion? California is ready to help.

Marjorie Dannenfelser, president of Susan B. Anthony Pro-Life America, noted that Newsom used a Bible verse to promote abortion on some of the billboards as well. “This makes me sick. Gavin Newsom quoting Scripture (‘Love your neighbor as yourself’ – Mark 12:31) in his billboard going up in Oklahoma today advertising California as an abortion tourism destination,” she wrote. “Simply no words for how twisted this is.” 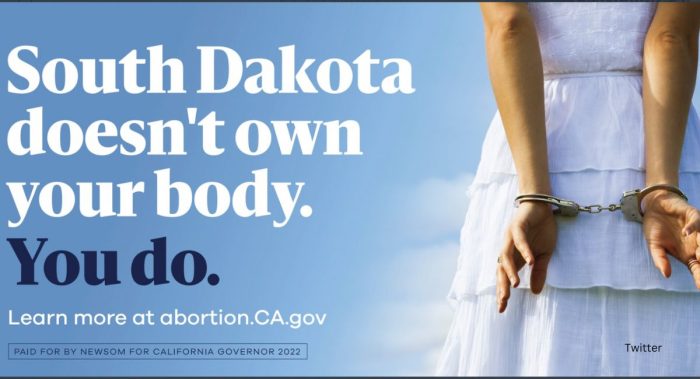 In a statement, Newsom further expanded on his decision to erect the billboards. “The idea that these Republican politicians are seeking to ‘protect life’ is a total farce,” he said. “They are seeking to restrict and control their constituents and take away their freedom.”

Yet not everyone has looked at the stunt favorably; Politico reported that some are viewing it as nothing more than a way to get attention for a future presidential run. “It is very interesting to see Governor Newsom’s 2024 primary campaign extend to Mississippi,” Cory Custer, deputy chief of staff for external affairs for Gov. Tate Reeves, said. “But we do suspect that most Mississippians will not be interested in what he is selling.”

In recent months, California has moved to position itself as a sanctuary for abortion, with a $200 million package dedicated to making abortion easier to access. This includes using millions of taxpayer dollars to attract women from out-of-state for abortions.