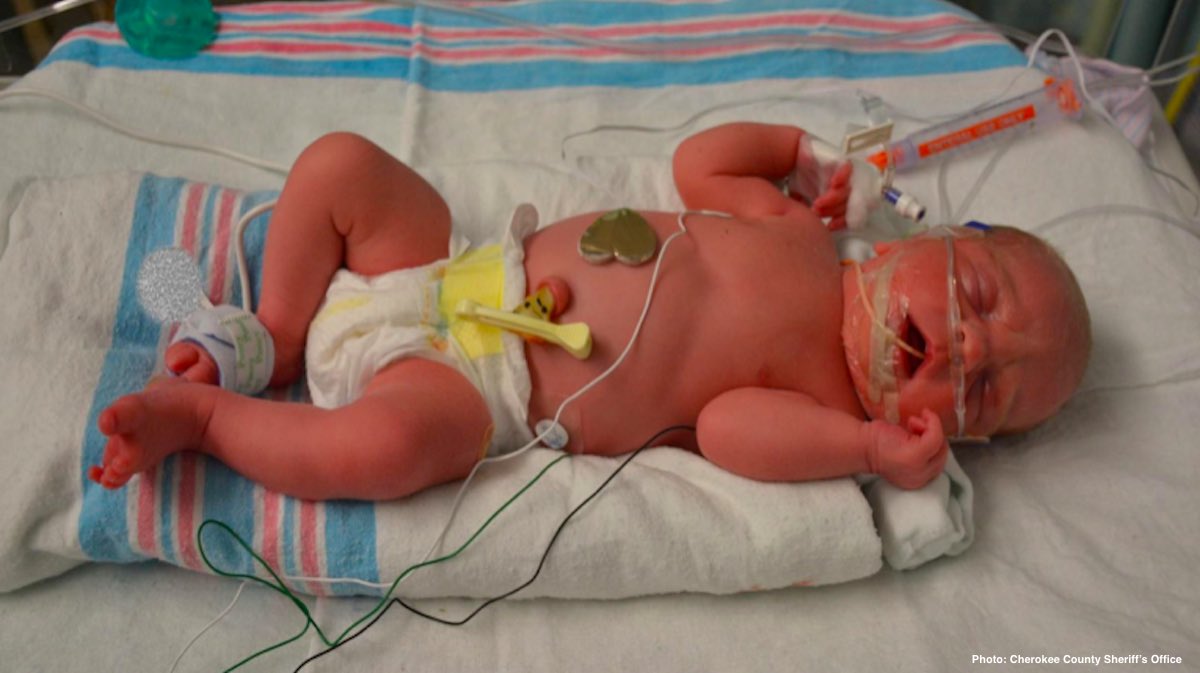 On January 4, a newborn baby was discovered abandoned on a porch in Cherokee County in South Carolina. According to the sheriff’s department, the baby girl was discovered outside a Blacksburg home around 8:30 a.m. Someone rang the doorbell, and the homeowner discovered the baby on the porch wrapped in a blanket.

The homeowner then took the baby to a local medical facility, and from there the newborn was transferred to Spartanburg Medical Center and taken into emergency protective custody by the state. Weighing less than five pounds, the baby is believed to have been born prematurely around 35-36 weeks.

Investigators are still seeking information related to the abandonment, and are seeking the identity of the person who left the baby on the porch. South Carolina, like all states, has a safe haven law which is intended to avoid the potentially tragic outcome of newborn abandonment. South Carolina’s safe haven law grants immunity to anyone who safely surrenders an unharmed baby up to 60 days after birth at a designated safe haven location. These locations include hospitals, fire stations, law enforcement offices, and churches and synagogues.

WSPA.com notes, “Investigators are asking anyone who had information about the baby or the identity of the person responsible for leaving the child to call Crime Stoppers at 888-CRIME-SC or Captain Daniel Ward with the Cherokee County Sheriff’s Office at 864-489-4722 extension 119.”

The South Carolina safe haven law is named Daniel’s Law after a child who was recovered from a landfill where he was buried shortly after birth. The nurses who cared for him named him Daniel, and legislation was enacted to try to prevent such dangerous and likely fatal abandonment of newborns.

There have been several recent stories of babies safely surrendered under similar safe haven laws around the country. Sadly, despite this life-saving alternative for parents in difficult circumstances, there have also been many stories in recent months of babies abandoned in circumstances that could have easily ended in tragedy. One newborn girl was left naked in the woods, while another was abandoned in a plastic bag. In Texas, a newborn was recovered after being left next to a dumpster.

The circumstances of each of these desperate acts remain unknown. No matter the circumstances, there is hope and there is help. Parents facing a crisis deserve to know that they are not alone.