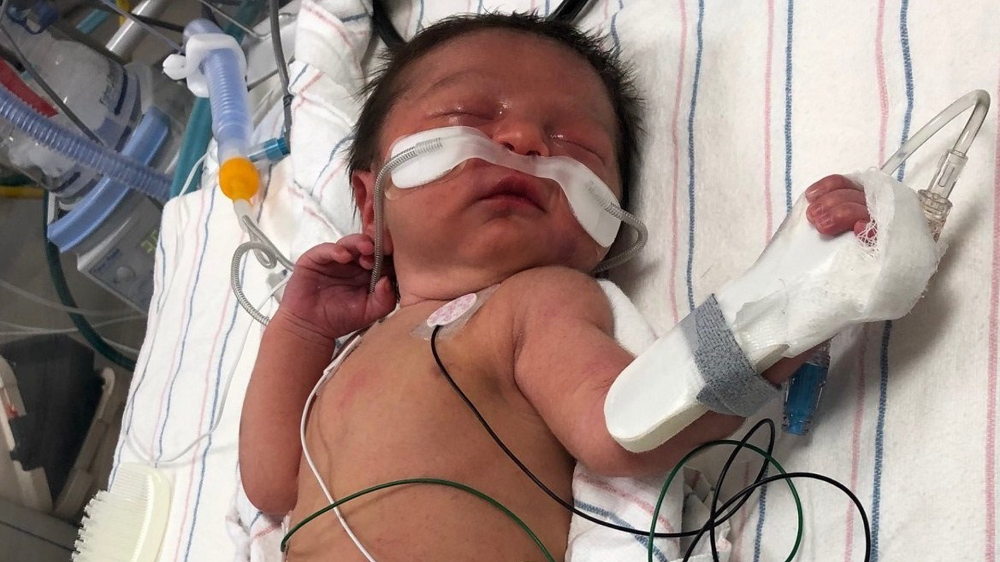 A newborn baby girl was found abandoned in Silver Spring, Maryland, leading authorities to remind residents of the state’s Safe Haven laws. According to a statement from Montgomery County police, a man had been walking on the sidewalk when he heard crying. After going to investigate, the man found the baby girl, who had been left naked about 10 feet away from the sidewalk in the woods.

Police were called, and the baby was taken to the hospital to be evaluated, where she was determined to be in stable condition. Doctors believe she might be Hispanic, and that she was born just a few hours before being found. In their statement, police urged Maryland residents to remember that the state’s Safe Haven law allows babies to be lawfully surrendered.

“In Maryland, no one ever has to abandon a newborn baby. Under the Safe Haven law, a distressed parent who is unable or unwilling to care for their infant can safely give up custody of their baby, no questions asked. Newborns can be left at hospitals or law enforcement stations,” the statement read. “A parent (or another adult with the approval of the mother) has up to 10 days from the birth to invoke Safe Haven anonymously and safely leave a baby with a responsible adult at a designated location. A person who invokes Safe Haven is immune from civil liability or criminal prosecution provided the child is unharmed.”

Anyone who has information about the abandoned baby girl is asked to call the Montgomery County Police Department Special Victims Investigations Division at 240-773-5400.

Each state has some form of a Safe Haven law, though some limit the places and the amount of time in which a mother can surrender her baby. Despite this, there are multiple reports of abandoned babies in the news with greater frequency. One baby was rescued after being abandoned in the middle of a California roadway. Baby Monica, who did not survive, was given a proper burial by the NYPD after she was born prematurely and abandoned. Baby “India,” found abandoned in a plastic bag in Georgia, was rescued by police officers. Following this, hundreds of families inquired about adopting her.

In addition, thousands of pro-life pregnancy centers stand ready to help mothers experiencing unplanned pregnancies. It is uncertain why babies are still abandoned, given the anonymity provided by Safe Haven Laws as well as the fact that millions of couples wait to adopt babies each year. More needs to be done to spread the word so that women know there is help and hope, for them and for their children.