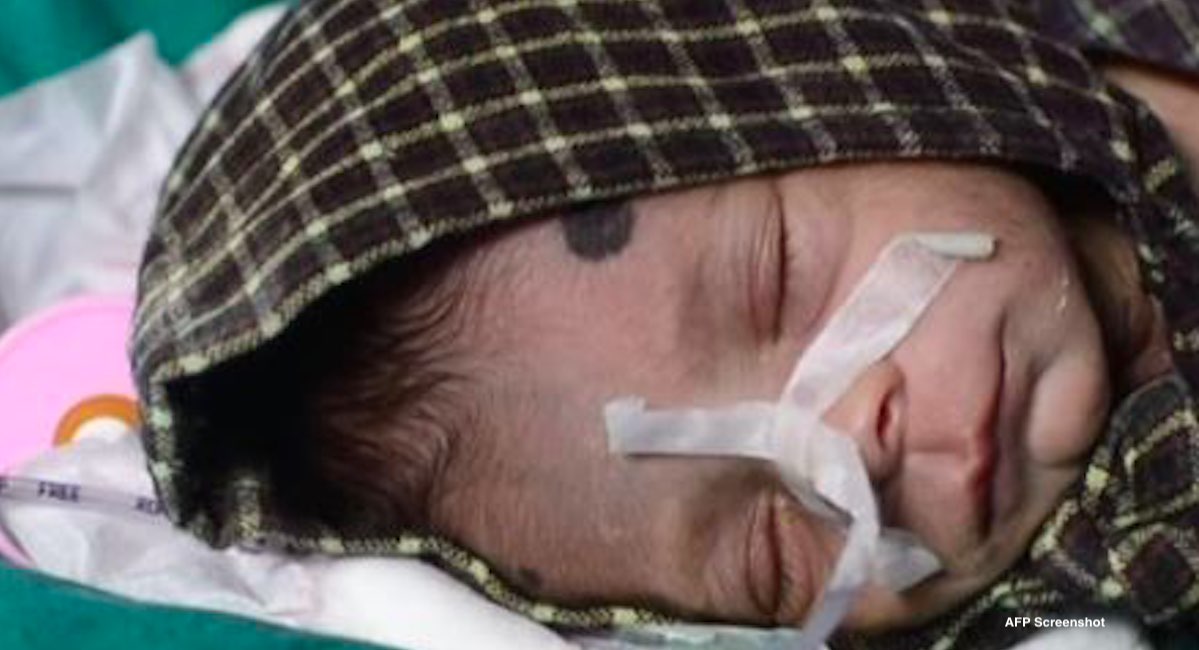 A man in northern India who was digging a grave for his daughter who died at birth discovered a newborn baby girl who had been buried alive.

Hitesh Sirohi was digging when he hit a clay pot, local police told AFP. When he saw the baby wrapped in cloth inside, and heard her cries, he immediately took her out and called for help.

“At one point I thought that my daughter had come alive,” he told AFP. “But the voice was actually coming from the pot.”

The baby girl was taken to the hospital and is receiving care paid for by local politician Rajesh Kumar Misra, who says he will raise the baby girl along with his wife. However, the police have said the baby girl will go to a government-run adoption home once she is discharged.

Dr. Saurabh Anjan told the BBC that they believe she is about a week old and was likely born prematurely at about 30 weeks because she weighed just over two pounds. She was hypothermic and her blood sugar level was low.

“She was tiny and very weak, we immediately put her on oxygen and began treating her for hypothermia,” he told the BBC. He moved her to a different pediatric hospital because it was better equipped to care for her.

According to Dr. Ravi Khanna, she has sepsis and a very low platelet count. She was in critical condition but is now said to be “out of danger” and is responding to antibiotics. She is being fed milk through a tube.

“There are chances of her survival, but we would know for sure only after five to seven days,” he told the BBC.

“Babies are born with fat on their abdomen, thigh and cheek and they can survive on it in an emergency for some time,” he explained. “Once she exhausted that, she shriveled up – as you can see in her photograph.” 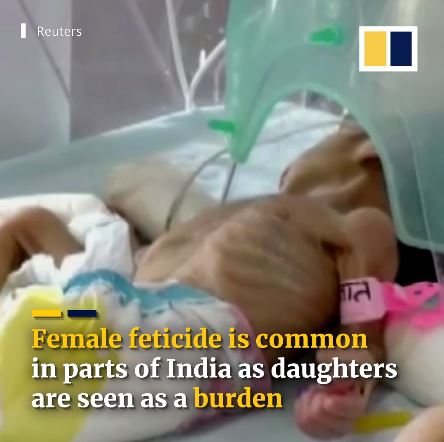 Mishra has named the baby girl Sita after a Hindu goddess who, according to mythological text, was found by King Janak when he was plowing a field. He and his wife have been visiting the baby girl in the hospital.

“It’s a miracle that she survived, I believe that god has saved her life and sent her to me,” he said. “Now it’s our duty to do everything for her. She is oscillating between life and death. Once she recovers, I will take her home and raise her as my daughter.”

CTV News is reporting that Mishra’s adult daughter accused him of sending men to try and kill her and her husband because of their inter-caste marriage, and the couple has gone into hiding. 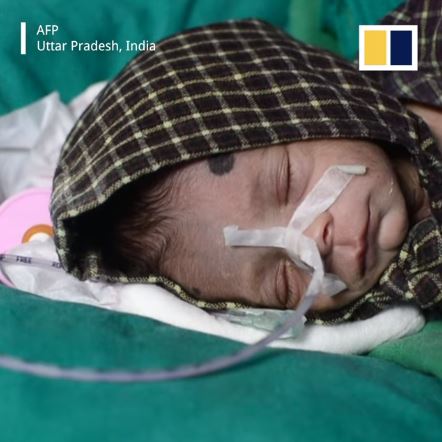 Police are investigating and searching for Sita’s birth parents. Investigating officer Pradeep Singh said an “attempt-to-murder case and one for endangering the life of a child” have been filed against her unnamed parents.

Unfortunately, the abandonment and killing of baby girls is not a rarity in India as there is a major preference for boys over girls because the boys will carry on the family name and care for his parents when they age. Daughters, however, cost a dowry and when married, leave to live with the husband. Sex-selective abortions are common practice in India and the country has a very skewed sex ratio of 940 females for every 1,000 males because of it.