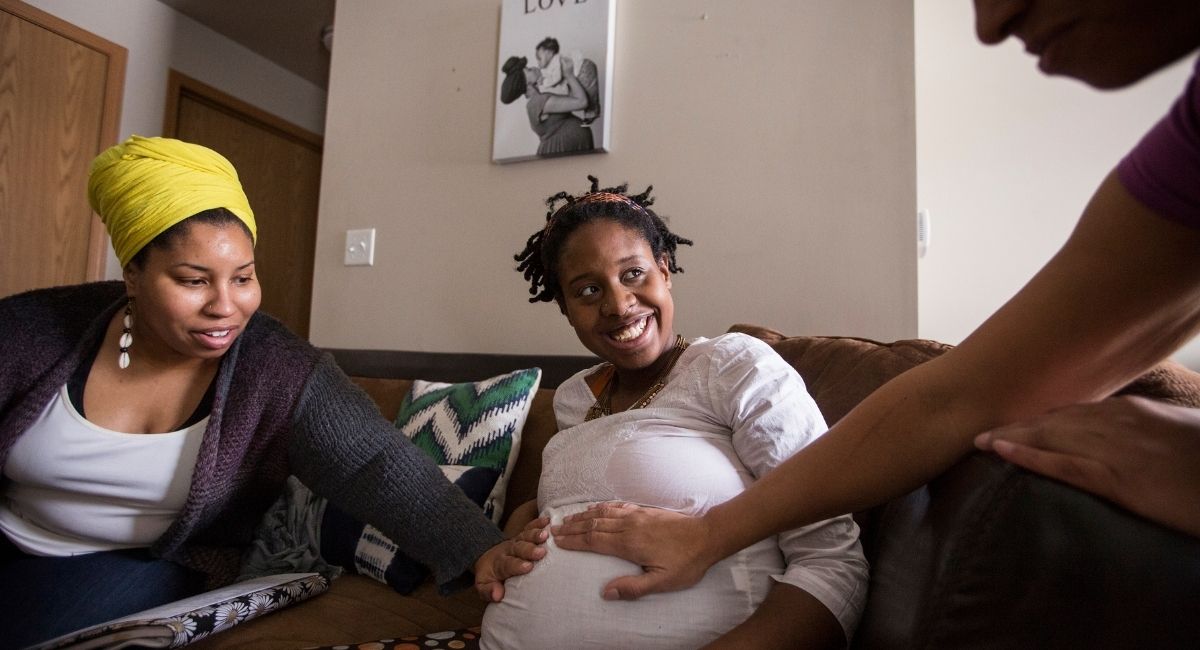 New York City Mayor Eric Adams announced this week that residents in 33 high-risk neighborhoods will now have access to doula services before, during, and after their pregnancies. The doula initiative is one component of a multi-pronged approach by the New York City Department of Health and Mental Hygiene (DOHMH) to decrease disproportionately high rates of maternal and infant deaths amongst black and Hispanic residents. Other program components include a midwifery initiative to increase collaboration between mainstream medical providers and midwives as well as data collection on maternal and infant outcomes associated with midwife care.

These initiatives are pro-life at their core and are exposing the hypocrisy of pro-abortion legislators.

“The root causes of racial disparities in maternal health are real, so it’s time we do right by every mother and every baby, no matter the color of their skin or the language they speak,” said Adams. “Today, we are announcing a multifaceted initiative to help reduce the inequities that have allowed children and mothers to die at the exact time when we should be welcoming a life. By expanding and investing in both doulas and midwives, we are taking the steps necessary to begin to address the disparities in maternal deaths, life-threatening complications from childbirth, and infant mortality.”

Babies don't come with a handbook. Our mothers deserve so much support.

Take a moment to listen to Deputy Mayor @AWilliamsIsom talk about our announcement on the Citywide Doula and Midwifery Initiatives. pic.twitter.com/rUVDkz76B1

Doulas are non-medical support personnel who emotionally assist mothers and their partners during pregnancy as well as the labor and delivery process, and some provide postpartum follow-up for weeks or months after the birth. Assistance from a doula correlates with decreased need for Cesarean section (C-section) and pain medication including epidurals as well as increased satisfaction with the birthing process. Doulas are associated with decreased rates of preterm and low birth weight babies, both of which are leading drivers of infant mortality, and with increased rates of breastfeeding.

According to the press release, priority to receive doula services “will be given to people who are income-eligible for Medicaid and/or are giving birth for the first time (or the first time in over 10 years), as well as those who have had a previous traumatic birth experience, have no other labor support, live in a shelter, are in foster care, or have a high-risk medical condition.” The city aims to train 50 new doulas to assist 500 additional women by June and to officially recognize 70 currently unlicensed doulas.

Adams’ campaign platform included addressing the urgent maternal mortality crisis amongst minority women in particular. Black women are more than three times as likely to die for pregnancy-related reasons than white women, according to the Centers for Disease Control and Prevention (CDC). Tragically, at least 60% of those deaths are considered preventable. Black maternal mortality rates in New York City specifically are shockingly higher than the national average; Black women there are nine times more likely than white women to die of pregnancy-related causes. Furthermore, Black babies born in NYC are three times more likely to die than white babies, per the mayor’s office.

“Everyone talks about K-through-12. No! It starts in the mother’s womb,” Adams poignantly said. “The first classroom is in a mother’s womb: the first nurturing, the first care.”

This statement is devastatingly ironic given New York state’s extreme abortion law which permits abortion through birth for virtually any reason and fails to punish a pregnant woman’s attacker for the death of her preborn child.

In recent years, more African-American children have been aborted rather than born in NYC. It is the very women Adams plans to help with this doula initiative who are consistently targeted for abortion because of their life circumstances or the color of their skin. Inside their mothers’ wombs, these children suffer the polar opposite of nurturing and care — destruction and death — proving that the label of “wanted” versus “unwanted” determines whether or not the child in the womb is seen as a human being worthy of love or pregnancy tissue to be removed through abortion.

Multiple pro-abortion politicians made statements in support of the new programs that seemed to contradict their previous insistence that women have the right to end the lives of their preborn children. Pro-abortion U.S. Representative Yvette Clarke stated, “Having a child should be a cause for celebration of the gift of life, not a cause for concern for the lives of the mother and her infant… Through these programs, New York City’s most underserved mothers, especially Black and Latina women, will soon have access to long-overdue support systems to aid them through the tribulations of childbirth and the early days of their child’s life. Not only will lives be changed, but lives will be saved, and I am eternally grateful to Mayor Adams for his commitment towards making that so.”

Likewise, pro-abortion U.S. Sen. Kirsten Gillibrand offered an arguably tone-deaf statement given her abortion advocacy, saying “It’s painfully clear that we are not doing nearly enough to protect women of color and their babies and we must do much more to end institutional racism in our health care system and ensure the resources are available to care for expecting and new mothers.” Yet she ignores the blatant racism that exists within abortion facilities.

These programs will help save lives, but they have also exposed the hypocrisy of abortion supporters. The press release from the mayor’s office did not disclose the budget for the programs to decrease maternal and infant mortality, nor where the funding would come from. Hopefully, the new doula program will inspire women to choose life.