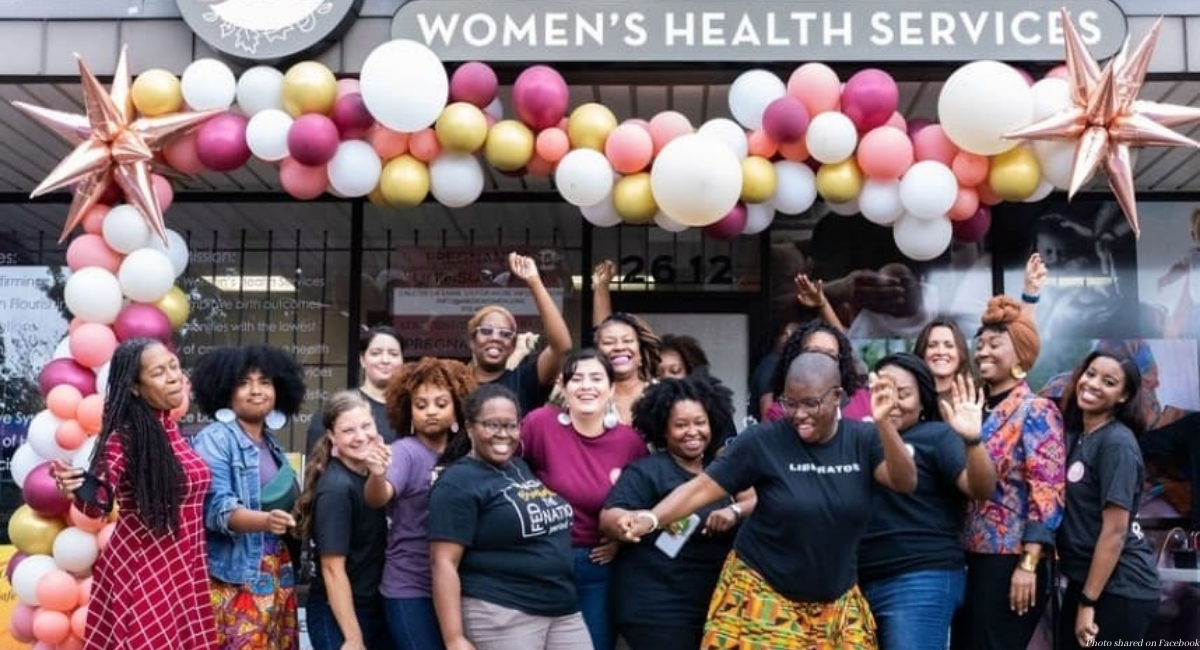 Among pro-life activists, much attention is paid to the high number of abortions within the Black community. According to the Centers for Disease Control and Prevention (CDC), Black women account for 38% of all U.S. abortions, even though Black Americans make up just 12% of the US population. What gets less attention, however, is how endemic injustice contributes to the pressure Black women feel to abort their children, due to disproportionate problems in health care, education, poverty, and more. One Black pro-life activist, however, is working hard to change that, tackling problems with Black maternal mortality and giving Black women access to a better, healthier environment where they can truly thrive.

Cessilye Smith is the founder of Abide Women’s Health Services, located in south Dallas. Smith decided to take action after learning that the maternal mortality rate for Black women is much higher than that of other ethnicities. According to the CDC, many of these deaths are preventable.

Smith, who had just started working as a doula, was shocked. “[I]n that moment, it gutted me,” Smith told the Dallas Morning News. “It shocked me, I had no idea. At the time, I was a very green doula, you know, just fresh out the gate. And it changed how I advocated for women. It changed it completely, I’ll never look back.”

READ: Pregnancy resource centers provide for women in Texas… and across the nation

In another interview with ABC News, she explained that addressing issues like these are an important way to curb abortions. “I believe the opposite of [politicizing abortion] is creating a culture of life. We operate in a culture of death, and it’s really evident by the systems around us,” she explained. “There are so many systems that lead to death. And so when I think about abortion, I do believe it’s an important topic, but it’s not the only topic.”

At Abide, women can receive pre-natal and post-natal care, postpartum doula counseling, free pregnancy testing, lactation classes, and more. In 2020, they served 608 people and doubled their staff to over 60 people. And they don’t just offer health care; they help address other issues as well through community outreach — like food insecurity and joblessness.

Smith, who is pro-life, said realizing the injustices Black women were facing forced her to change how she confronted the issue. “The moment that I started to realize the systemic issues that face Black women and people of color, I started to see that there were flaws in how I advocated for women, and that it could be improved significantly,” she said. “And that’s all fine and dandy, but activism for a child in the womb without understanding the systemic issues that even cause people to even consider abortion is ridiculous. And I think that, at a time that I was facing a lot of ignorance, you know, in my activism.”

With Abide, Smith wants to address poor maternal mortality rates in the Black community, but infant mortality rates as well. In the neighborhood where Abide is located, there are reportedly 13 infant deaths for every 1,000 births, more than double the national average. It’s a personal topic for Paige Jackson, Abide’s clinic director. “My daughter was a statistic as well; she passed away due to prematurity,” she said. “I was on Medicaid at the time. And so my OB really didn’t have the time to communicate. It makes me want to help give voice to women who didn’t have what we needed during that time.”

In addition to prenatal and postpartum care, Abide partners with Delighted to Doula, which provides services to women both before birth and after; for one year, doulas will make home visits to do anything from monitoring the mother’s health to helping with laundry and chores. “We’re fighting maternal mortality,” Prinscilla Moore, founder of Delighted to Doula, said. “So it’s very important that we get there. As soon as the baby is born, we want to be there on day one or two when they go home.”

Additionally, Abide and Delighted to Doula offer scholarships for five women in south Dallas to train to become doulas themselves, which will help them to further assist other women in their community. In the future, Abide is hoping to begin providing wellness checks for women in 2022. They’re also hoping to expand, with another clinic first in Fort Worth, before eventually going nationwide.

MyKaylah Henderson is an Abide patient, and she became pregnant at 17. Originally considering an abortion, Abide helped her to parent successfully instead. “I was thinking if I can’t really take care of myself in all the ways that I need to, I don’t think I can take care of a child,” Henderson said, adding that instead, “I started working, I got a good job. … I want to go to nursing school, so that’s what I’m gonna do.”

According to Smith, the name Abide was inspired by John 15:7, and though the clinic is open to anyone, Smith’s faith has strongly influenced her work. “If you abide in me and my word abides in you, then you shall ask what you will and it shall be given,” she said. “I can’t separate my faith from the work that I do, and so when I think ‘Abide,’ I think of a space, a place of refuge, a place where women of all faith walks, gender identities can come together and feel safe.”