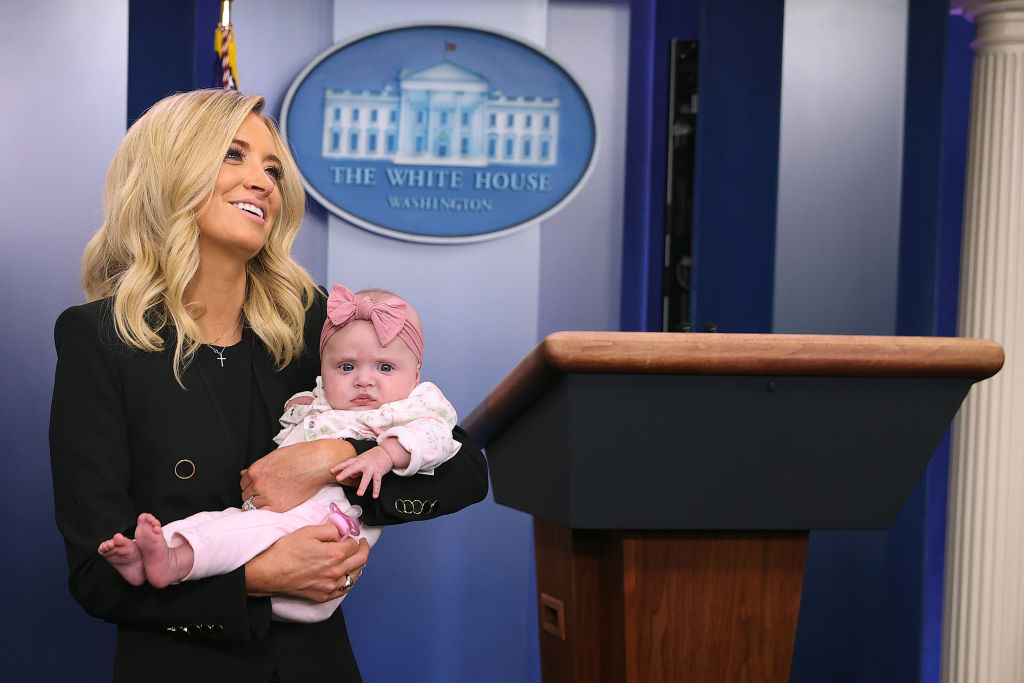 New White House press secretary Kayleigh McEnany held her first White House briefing on Friday, after which, she celebrated her achievement with her infant daughter.

Baby girl Blake Gilmartin is five months old and is McEnany’s first child with husband Sean Gilmartin, a professional baseball pitcher. In April, McEnany announced her new role as press secretary saying, “The Trump campaign & family has consistently empowered me & my family through my pregnancy and as a new mom!”

‪So special to share this day with my daughter, Blake. From the podium to Marine One, it is an honor to serve the…

That support continued on Friday as McEnany held her daughter for photographs in the briefing room. “So special to share this day with my daughter, Blake,” McEnany wrote on Facebook. “From the podium to Marine One, it is an honor to serve the American people and share the great work of President Trump!”

Motherhood is not an obstacle that stands in the way of women achieving their goals, and McEnany and her daughter are an example of that. Rapper Cardi B is also a woman who knows that she can have her career and a baby at the same time. In 2018, she said she “didn’t want to deal” with abortion regret and the notion that a woman would be told to choose between her child and her career “disgusts” her. When she first announced her pregnancy people told her, “Oh, your career is over.” But she thought, “[W]hy can’t I have both? Like, as a woman, why can’t I have both? Like, why do I gotta choose a career or a baby?”

And recently, Vogue even reported on several well-known women who are raising children while pursuing their careers. 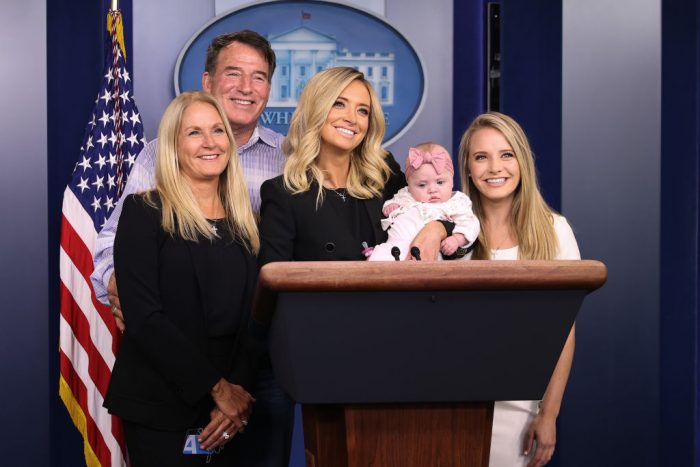 Women don’t have to choose between their career or their child, although the abortion industry tries to convince them they do and many women fear losing their jobs if they tell their bosses they are pregnant. Discrimination still exists against pregnant and parenting mothers in the workplace, but women, including McEnany, are proving they are strong and capable of handling both career and family.