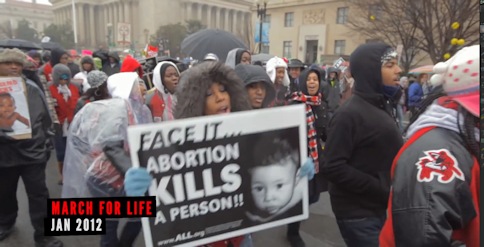 2013 marked 40 years since abortion became legal on a widespread scale n the United States, leading to the slaughtering of over 55 million unborn humans. 40, a new documentary film, tackles the issue of abortion in the United States by challenging the pro-abortion arguments and exposing the truth.

Director and Producer John E. Morales decided to make the film 40 because he believes abortion is the most important human rights issue today. He said, “Without the right to life we have no other rights to talk about. At the end of today, 3,300 innocent babies will die in their mother’s womb through the tragedy of abortion in clinics across our nation. Over 55 million have perished since Roe v Wade in 1973. Nobody talks about this silent holocaust. […] The fact is that more unborn babies will die today than the number of Americans that died on September 11th.”

That number alone should shake off the blinders many Americans wear concerning abortion. But numbers alone aren’t enough to change the course. The truth, personal experiences, and tales from inside the clinics which are featured in 40, will help eradicate abortion on American soil for good.