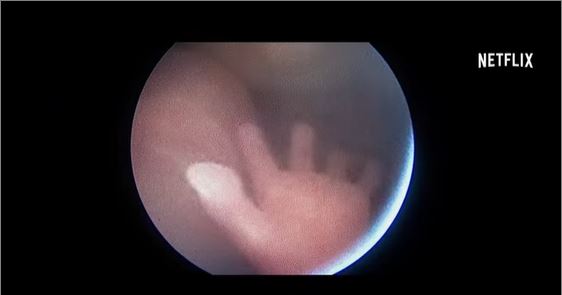 Netflix’s new gripping documentary series “The Surgeon’s Cut” features a very pro-life first episode, titled “Saving Life Before Birth.” Produced by BBC Studios, the show focuses on specialty surgeons in each episode, and in “Saving Life Before Birth,” that doctor is Professor Kypros Nicolaides, who has dedicated decades of his career to saving the lives of preborn children who have been given very low chances of survival. This includes children with twin-to-twin transfusion syndrome (TTTS) and those with congenital diaphragmatic hernia (CDH), some of whom are featured in the episode.

Originally uninterested in becoming a medical professional despite his father’s pressure, his mind changed the day a new professor arrived who was focused on fetal medicine. “My whole life changed completely,” he said in the episode. “I hold this transducer on a mother’s abdomen and a miracle happens — a new patient appears on the screen and that is how fetal medicine is born. I could not sleep that night. I wanted to become a fetal doctor.”

Nicolaides didn’t become just any fetal medicine doctor; he became a world-renowned fetal medicine doctor. He’s the doctor whom desperate parents fly across the world to meet. He will even perform procedures immediately, depending on how dire the situation of the children and their parents.

“Forests, trees, and the seasons changing… makes me think and reflect on life. It reminds me of the first time I saw a new living being. I looked at the screen and I saw the baby in the womb,” he explained of the moment he found his calling. “The hands, the arms, the face, the head. You see life before birth. But, of course, I also realized that life is accompanied often by death before birth, and a million questions arose in my own mind. How the baby grows inside the mother. How do things go wrong? And is there something that we can do to intervene?”

In 1992, Nicolaides pioneered a procedure for twins with TTTS, in which they share blood vessels and one baby is getting too much blood while the other isn’t getting enough. Both babies are at risk of dying. Many doctors recommend abortion of either one of the twins or both. Dr. Nicolaides figured out how to try and save them both. Without surgery, there is a 70% to 80% chance both twins will die. The surgery increases the chances of at least one twin surviving to 90%, according to the documentary, and 60% for both babies.

The first twins he treated back in 1992 are now 28 years old and healthy. Completing about 200 procedures a year, Nicolaides gets emotionally attached to his patients. He is even Godfather to the twins he saved in 1992.

As he uses a scope to look into the womb, he describes what he sees, and what the entire viewing audience can witness on their television screen:

Now battling cancer, Nicolaides considers his own mortality during the show. He wants to continue to work until he dies. “I had found something worthwhile to devote my life to,” he said. “I touched the lives of many people. When the parents come they’re lost. It’s just like being lost in the forest. Somehow my role is to guide them through their forest to decide what’s best for them.”

Unfortunately, despite his obvious love and concern for preborn human beings, Nicolaides is duplicitous in his work. He is a supporter of abortion, even after 24 weeks, which is the current abortion cutoff in the United Kingdom (unless the baby has a disability). He believes that parents should have the ability to kill the very children he has dedicated his life to saving if they feel they don’t want to parent such a child.

It is heartbreaking to know that the very lives Dr. Nicolaides feels heartbroken to lose are the same lives he would support being killed by their parents. He knows preborn children are living human beings, or he would not refer to them patients or fight so hard for their lives. As he faces his own illness and mortality, one can only hope his eyes will be opened to the hypocrisy of his words.

In “Saving Life Before Birth,” whether it meant to or not, Netflix created a pro-life documentary that shows breathtaking videos of babies inside the womb and the fight to save them, though they are yet to be born.