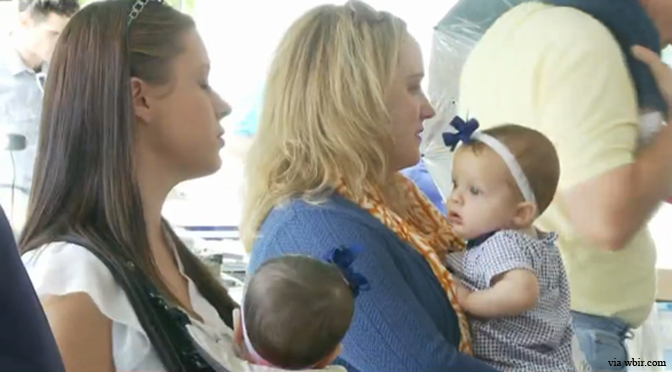 That baby is William, born to Dan and Kate, both physicians, in May 2015. The couple, who did not want to share their last name, had learned years ago that they would not be able to have genetic children of their own. They were devastated by this news, but when they learned about embryo adoption, it gave them new hope. They have since had three children, all via embryo adoption.

“I really wanted the chance to carry our babies, bond with them and give them the best possible start,” said Kate. “Being able to carry them myself and to bond with them through embryo donation healed a lot of hurt.”

The celebration of William’s birth as baby number 500 included food, a bounce house, carousel, music, a family photo booth, and games. More than 250 people attended and it was a great chance for families who have donated embryos as well as those who have adopted embryos to get together.

Over 600,000 people are currently frozen in their embryonic state, leftover from couples using IVF to become pregnant. Many of those will be donated to other couples unable to have children naturally. Hannah Strege was one of the first babies adopted as an embryo back in 1997. She was born in December 1998 through Nightlight Christian Adoptions, who have also coordinated the adoptions of over 300 other embyros.

Baby Jeremy was born this summer to Michael and Inga Wismer who wanted to add to their growing family through embryo adoption. Overall, embryo adoption is up 25% since 2011 because of its affordability.

Since William’s birth in May, the National Embryo Donation Center has celebrated 24 more births via embryo adoption, and those numbers continue to climb. Each birth is a celebration of a life that might never have been allowed to continue without the promise of embryo adoption.