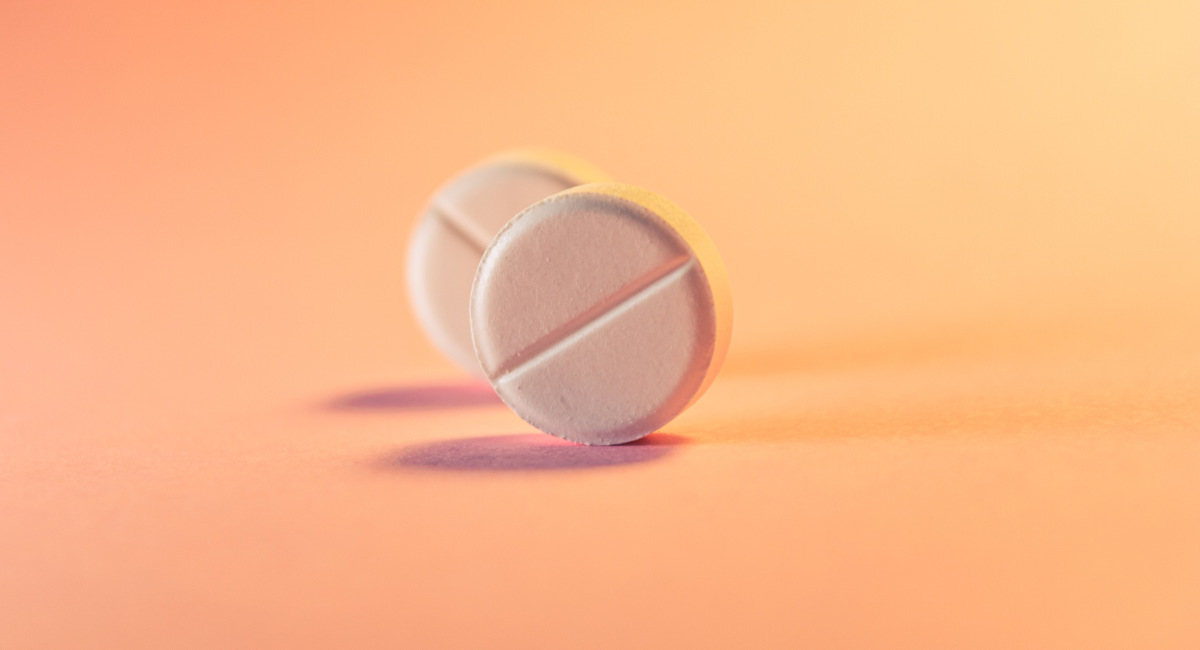 The National Abortion Federation (NAF) has implemented a new policy on the abortion pill which will affect clients who receive their funding. The Washington Post reported, “The National Abortion Federation and its NAF Hotline Fund will now require patients who receive their funding to take both abortion pills [mifepristone and misoprostol] in a state where abortion is legal, according to emails sent on Aug. 22…. The new rules could impact thousands of patients a year, providers say.” The move comes despite the abortion industry’s push for unsupervised DIY or “self-managed” abortions.

It is uncertain what the motive might be behind such a policy, but since the Supreme Court overturned Roe v. Wade in June and multiple state trigger laws protecting preborn children went into effect, the abortion industry has been careful to avoid criminal prosecution in those states. 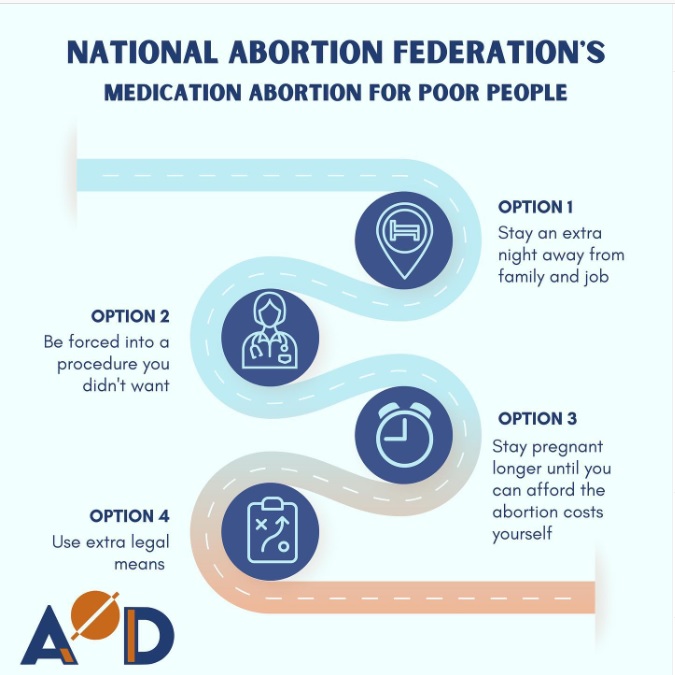 The Post reports that NAFs’ abortion funding is “backed largely by billionaire Warren Buffett” who they claim “helped fund at least 10 percent of all abortions in the United States in 2020.” Buffett is also an original investor in the abortion pill manufacturer, Danco Laboratories.

An email to abortion providers from NAF Hotline Fund Operations Director Chloe Hanson Hebert stated that NAF’s policy went into effect on August 29. “Patients whose procedures are funded by the NAF will now need to affirm to clinic staff that they will not take their second pill in a state where abortion is illegal,” the Post reported.

“The NAF’s restrictions mean that out-of-state patients traveling to receive medication abortion may have to spend up to two additional nights in a hotel, in addition to extra food and child care costs,” the paper also claimed. “Under the new regulations, providers need to certify that the patient either took the pills at the clinic or promised to take them both in a state where abortion is legal up to the point when the patient received care.”

The Post reported that Renee Chelian, who operates the Northland Family Planning abortion facility in Michigan, also “started requiring patients to take both pills before leaving the state. Chelian and her staff drafted a form for patients to sign, promising to start and finish their medication abortion in Michigan.”

Weeks ago, in an effort to “mitigate risks,” a Montana Planned Parenthood changed its policy and is now asking for proof of state residency prior to administering the abortion pill to clients in that state.

The Portland Press-Herald reported that at Maine Family Planning, “Patients must live in Maine and agree to take the abortion pills in Maine, where abortion is still legal, to pick up the medication at the clinic or arrange to have it mailed to them.”

Planned Parenthood’s website claims, “Most of the time the abortion is over within 24 hours after you take the second set of pills.” A separate location on Planned Parenthood’s website states that after a woman takes mifepristone, “You’ll either take the misoprostol right away, or up to 48 hours after you take the first pill…” It goes onto claim that, “For most people, the cramping and bleeding usually starts 1-4 hours after taking the misoprostol” and “can last for several hours.” But they also claim that,” Most people finish passing the pregnancy tissue in 4-5 hours, but it may take longer. The cramping and bleeding slows down after the pregnancy tissue comes out. You may have cramping on and off for 1 or 2 more days,” it states.

University of California professor and abortion advocate Ushma Upadhyay claimed on Twitter, “In a medication abortion, taking the misoprostol is not the end of the abortion. That is an arbitrary cutoff. The whole process could take a couple of weeks.” 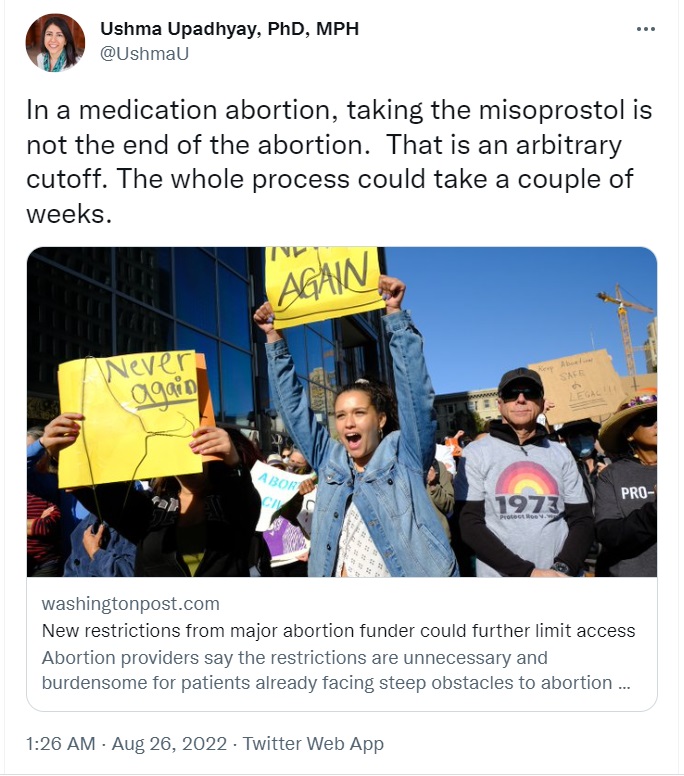 Abortion supporters were quick to object to NAF’s policy change. The virtual abortion pill business Abortion On Demand (AOD) criticized NAF on its Instagram account, writing, “As of Aug 29 AOD is not accepting NAF Funding under this unjust restriction.”

On Twitter, Sister Song tweeted, “We should be able to depend on so-called allies to make abortion care easier to get – NOT harder! Shame on you, NAF!” Others accused NAF of disenfranchising the poor.

The latest data reveals that the abortion pill, which has been a boon for the abortion industry, made up more than half (54%) of all abortions committed in the United States in 2020.