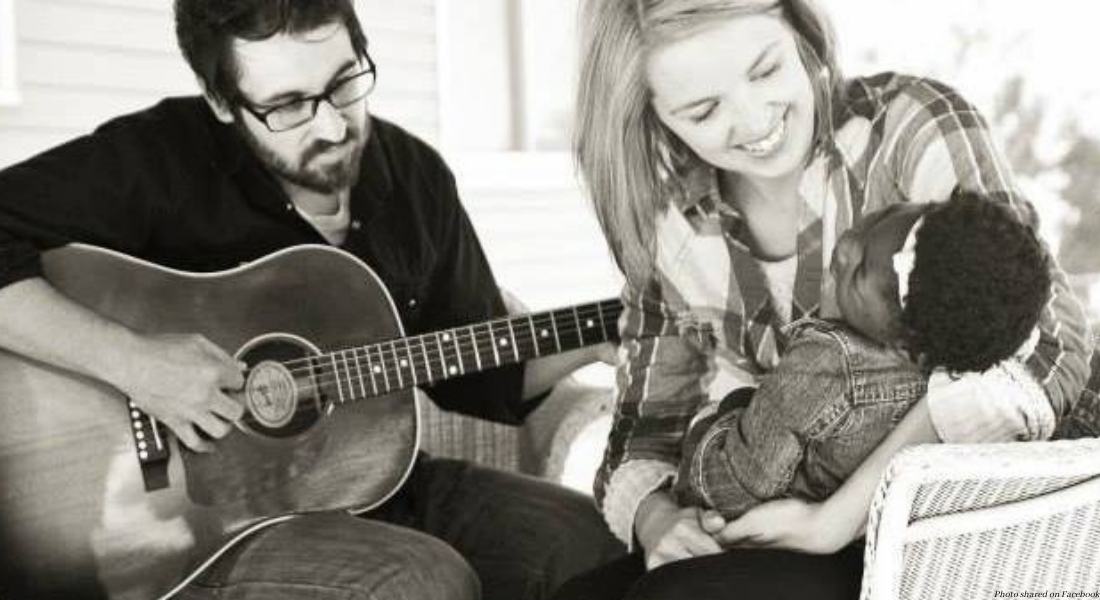 A Nashville couple is sharing the story of how they came to adopt their daughter, who has severe disabilities. Folk and country singer-songwriter Sean McConnell has written for superstars like Tim McGraw, Martina McBride, Rascal Flatts, Brad Paisley, and others. He’s been nominated for a Grammy award for his song “Daughters,” which was performed by Little Big Town. But one of his greatest accomplishments is being a father.

In a profile by the Tennessean, McConnell and his wife, Mary Susan, shared the story of how they adopted their daughter internationally. They had decided to adopt from Ghana, a country in western Africa, but struggled over the notion of accepting a child with disabilities. “It gave us pause,” he said. “We’re in our mid 20s. It’s like, ‘I don’t know if we can handle this, I don’t know what this looks like.'” They eventually checked boxes for some disabilities, but nothing major — until Mary Susan found a 10-month-old baby who she said had beautiful eyes.

The little girl had cerebral palsy, but Mary Susan said, “I knew immediately I had a deep connection with this child,” explaining it was one of her childhood dreams come true — literally. “I had a dream one night that I was holding a toddler I knew had been adopted, and I felt very attached to this child.” She woke her husband at 3:00 a.m. to show him the photos, but he was unsure.

Both Mary Susan and Sean had decided to pursue adoption because they wanted to give a home to a child who may have a hard time finding a family. For the little girl they found, though, there were a lot of question marks, even according to their adoption coordinator’s description of her:

“We’re looking for a family for this girl who likely has profound cerebral palsy and microcephaly (a smaller than expected brain). You’re going into this not knowing what her health is. You’ll have to be OK with this mystery.”

“Yes, there’s a connection with this soul, but I can’t imagine how we can take this on. This is definitely intense,” he said. “When they present you with a list of disabilities, it makes you look inwardly at yourself. It was a deep dive into what I thought I was capable of and praying as much as I could. ‘God, I’m so scared, and I love this child. I don’t know if I’m supposed to do this.'”

They visited doctors and spoke to parents raising children with cerebral palsy. They were told that the little girl would likely be non-verbal, need lifelong care, and require a feeding tube. Eventually, Sean said he felt peace about the decision, and they moved forward. Eventually, they were able to meet the little girl, named Abiella. As soon as Mary Susan held her, Abiella grinned at her.

For five days, they were in the orphanage with Abiella, who they nicknamed Abi (pronounced AY-bee). “In those moments, it felt very peaceful, just a feeling of overwhelming love,” Sean said “There’s so much worrying on the other side, trying to get paperwork ready. So to have your hands on her and hold her finally was such an amazing moment.”

When they had to leave Ghana to go back to the United States without Abiella, they sobbed. But after three visits to Africa, they were finally able to take Abi home. With time, they learned to provide for her needs, and Abi now attends school, goes horseback riding, and listens to music. They insist on age competency, meaning they talk to her like the 10-year-old she is now, and not an infant. Though she struggles to communicate verbally, Abi can still get her points across.

“She’s extremely expressive. Although she’s non verbal technically, she’s extremely verbal with a huge personality,” Sean explained. “Her sense of humor is hilarious and sometimes beyond her age. She’s vocal when she doesn’t like something. She makes sweet sounds reading to her or cuddling with her. We forget sometimes that she’s non verbal. We talk to each other every day.”

Today, Sean and Mary Susan consider themselves to be “the luckiest parents in the world.”

“There are absolutely intense and scary parts of being a parent to someone who has disabilities. But so much magic has come along with it,” Sean said. “Although she has hard days and hard seasons, Abi is the most purely joyful soul I’ve ever experienced.”