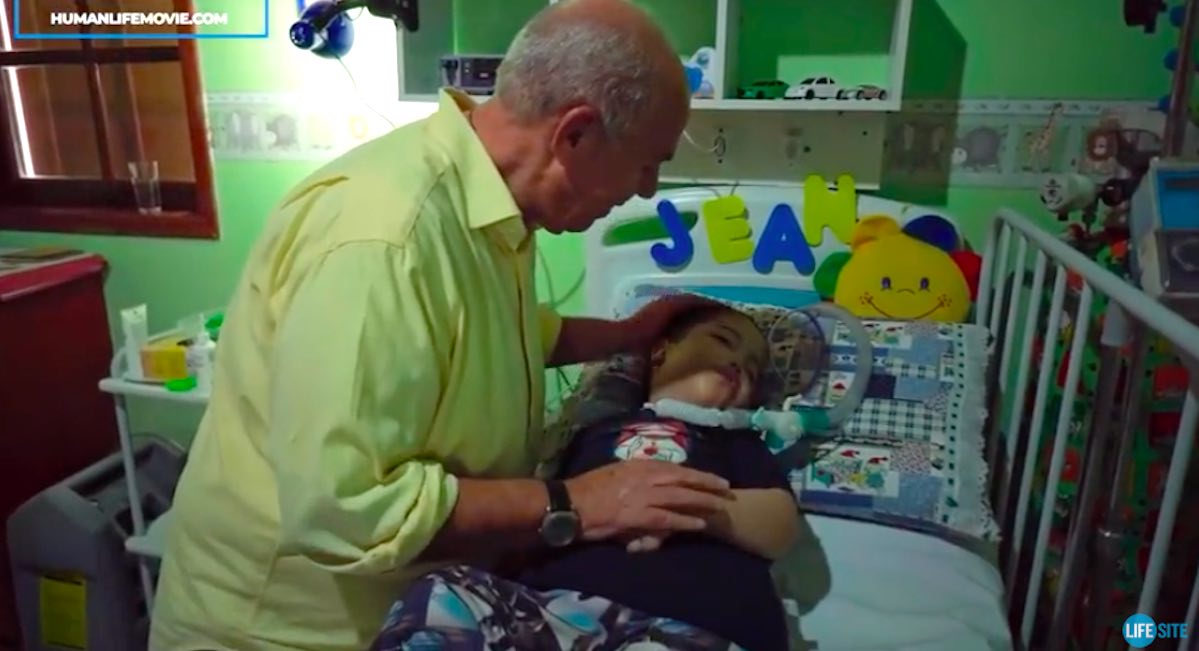 Children with disabilities are targeted for abortion in countries around the world, including first world countries like the United States where the resources and technology exist to help them. In Brazil, one man is fighting back against the stigma and discrimination that surround individuals with disabilities by building communities for them to live in, and by adopting disabled children, many of whom are survivors of botched abortions.

Tonio Tavares De Mello never thought his life would be what it is today, but he says he is happy to live the life God has given him. In 1990, after learning of the high rate of neglect and abandonment of disabled children, De Mello began the process of saving the most vulnerable among us. He built a Catholic community called Jesus Menino (Baby Jesus) in order to care for them. Over the years, his calling has grown and he has adopted 42 disabled children and opened three communities in Brazil and Portugal where 117 disabled adults live and learn.

“I do this work because it is a special calling from God,” he explained. “He has a natural gift for life and He counts on my ‘Yes’ each day, to make life happen. I’m giving my life for many lives.”

The US Ambassador-elect of Brazil, Nestor Forster, Jr., applauded De Mello’s efforts, saying that because Christians believe we are all created in the image of God, protecting life is the “most fundamental aspect of Christianity.”

“Most of the kids he has adopted, most of them have been victims of abortion, of abortions that went wrong, botched abortions, etc.,” he said. “So they formed the embassy of Heaven on Earth.”

In Iceland, they have “eradicated” Down syndrome, not by helping individuals living with the condition, but by aborting every child conceived and diagnosed with Down syndrome. A study out of Australia found that 94.6 percent of preborn children diagnosed with cystic fibrosis there are aborted.

De Mello believes all human life is sacred and he wants the people of other countries who don’t respect life to understand that everyone has value and is worthy of life. He wants the deliberate killings of disabled preborn children through abortion to end.

“To the nations that are trying to implement this kind of procedure [abortion], just don’t do it,” he said. “Because your nations are going to become broken nations. Who promotes the death of innocent people or disabled people is not a developing nation, but it is a dead nation.”

But with all he has sacrificed and all the lives he has touched, De Mello doesn’t take any of the credit. “If it wasn’t for this perfect love of God’s trust in me, I couldn’t do it. I can be a full father of 42…. It’s because this force comes from God, it’s not human, not human.”

De Mello’s story will be featured in the upcoming film Human Life, premiering at the March for Life.