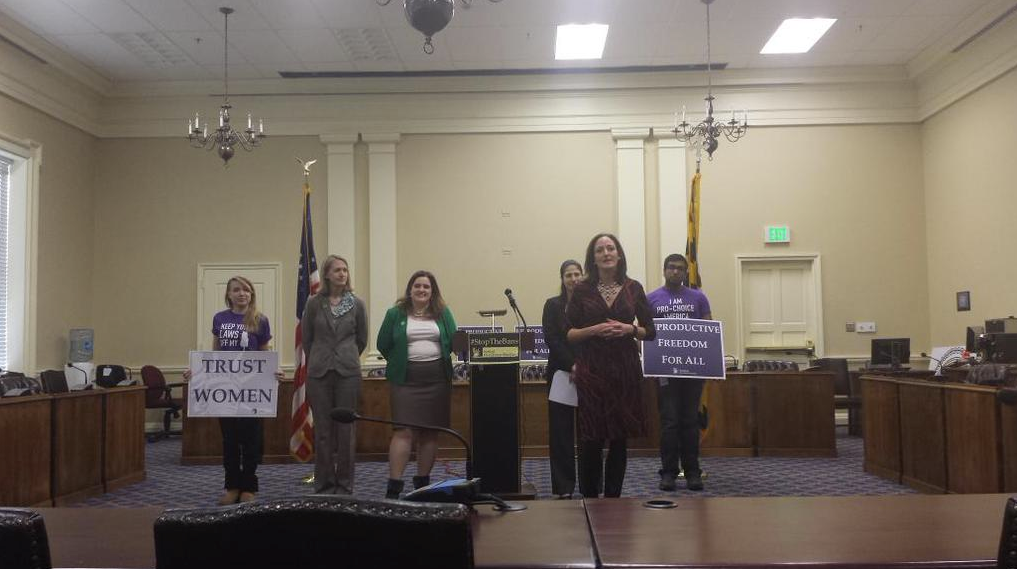 Ever since Congressional Republicans have announced their intentions to introduce a 20 week abortion ban, NARAL has been mad about it. And in a sad attempt to garner support their pro-abortion extremism, they’ve been holding #StopTheBans events across the country. Except, as Jill Stanek points out, no one actually bothered to show up.

What makes it even sadder for NARAL is that at least half of the attendees are paid NARAL employees. So in Maryland, one of the most pro-abortion states in the country and home to notoriously dangerous late-term abortionist LeRoy Carhart, they still couldn’t scrape up a decent show of support.

It’s actually really easy to figure out why NARAL had to rally in an empty room with mostly their own paid employees. Contrary to what these pro-abortion extremists want us all to believe, Americans actually don’t support late-term abortion.

The majority of Americans support a 20 week abortion ban, and this includes women as well, who support it in higher numbers than men do. This trend bears out, even in typically pro-abortion websites like the Huffington Post, where Americans were found to support the ban by a 2-to-1 margin. Add in that science now shows that preborn babies can feel pain at 20 weeks, and medical advances have made it possible for babies to survive at earlier and earlier gestational ages, the lack of support for late-term abortion isn’t likely to change. After all, there’s a reason that only a very small number of countries allow it.

People don’t like abortion in general. They may feel like it’s a necessary evil, but most people are not rabid fans and supporters of abortion the way that NARAL is. And the average person is almost guaranteed to be sickened by the thought of late-term abortion. It’s easy to understand why — by 20 weeks, the baby can be felt moving and kicking. The mom has probably seen the baby on an ultrasound, heard the heartbeat. By 20 weeks, the preborn child’s humanity is indisputable. It’s hard to contest the reality that by having an abortion at that point in pregnancy, a life is being taken. It’s easier to deny that the baby is alive earlier in the pregnancy, before movement can be felt or the beating heart detected. Once those things become undeniable, it becomes much harder to accept that it’s just a clump of featureless tissues being removed.

NARAL can keep trying to force their extremism onto the rest of the country, but fortunately, they’ve got a massive uphill mountain to climb. They might worship at the altar of abortion, but for now at least, most of America sees the beauty of life.