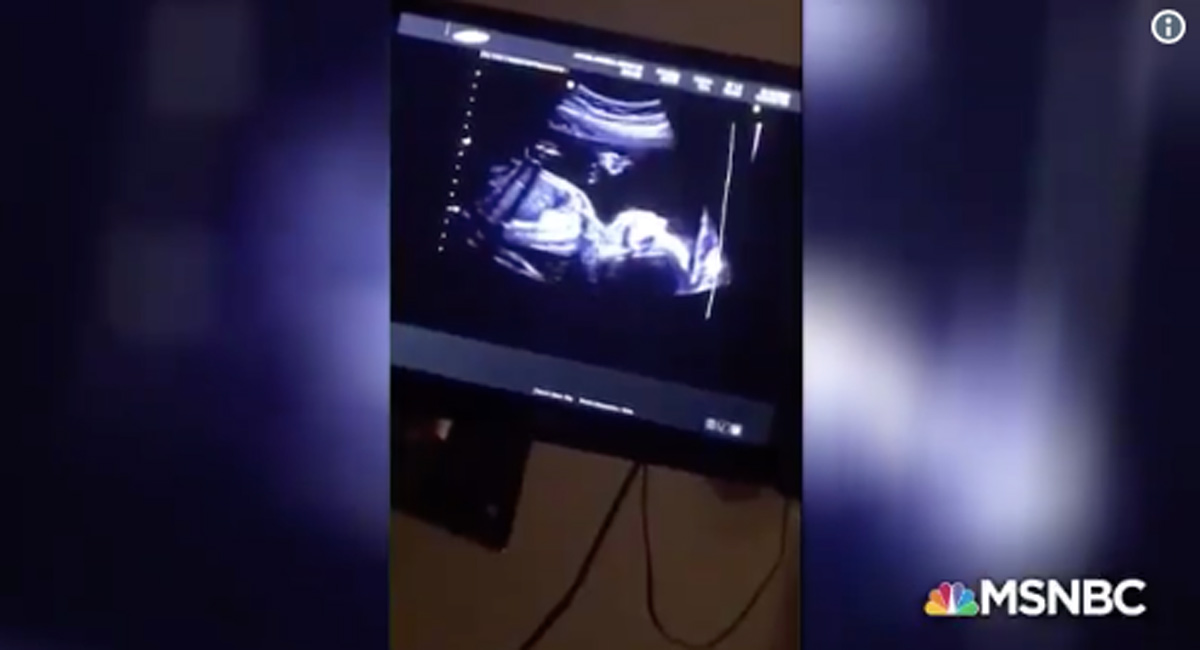 (Life Site News) An MSNBC anchor revealed her third baby is on the way with a pregnancy announcement that contrasted sharply with the network’s pro-abortion leanings.

“That will do it from me this hour, except it won’t, because I have a little bit of other news to show you,” Katy Tur said at the end of her broadcast last Thursday. “A lot of eagle-eyed folks out there have noticed, so here it is, roll the tape.”

The screen then displayed an ultrasound of a recognizable baby several months along.

“I have a baby in my belly, officially!” Tur revealed, grinning widely. “I’m tired of the tweets asking, so I’m going to announce it, that is my little guy, he’s due in April. Now I’m gonna cry. Kasie Hunt picks things up right now, Kasie, take it away before I start crying.”

“Can I be honorary Aunt Kasie, please?” Hunt replied. “I’m so excited for you. We are all so excited for you, Katy, congratulations to you and Tony and your two already-wonderful children and to your whole family.”

The Hill notes that this is Hunt’s third child, and her first with her current husband, CBS correspondent Tony Dokoupil.

Ultrasound images and matter-of-fact references to pre-born babies as “babies” represent something of a mixed message at MSNBC, whose opinion hosts and hard-news reporters alike have received awards from Planned Parenthood for favorable coverage, whose personalities have invited on pro-abortion politicians to celebratetheir electoral victories, and whose pundits have pushed abortion as a “core skill” medical students should have to learn.

Tur herself has hinted at pro-abortion bias on the air, as well. Last month, she suggested that abortion was an insufficient reason for Christians to support President Donald Trump, asking Faith and Freedom Coalition executive director Timothy Head, “What about the babies who are being taken away from their parents at the border […] why was that not as offensive, if not more, than say, something like abortion?”

During a July segment on whether “it’s appropriate to continue to take such a strict originalist view of the Constitution given it’s 2018 and not 1776,” guest J.D. Vance noted that “if you want abortion to be outlawed or you want abortion not to be outlawed, that is a question, and there’s an open debate around whether that question should be decided by the Supreme Court or that question should be decided by voters and state legislatures, and by federal legislators.”

Tur responded that “the arc of history has shown that opinions have become more progressive” on several issues, including Roe v. Wade. In fact, majorities consistently tell pollsters they would ban most abortions, and pro-life scholars argue that polls showing majority support for Roe are misleading due to misleadingly-phrased questions and widespread ignorance about Roe’s history and effects.