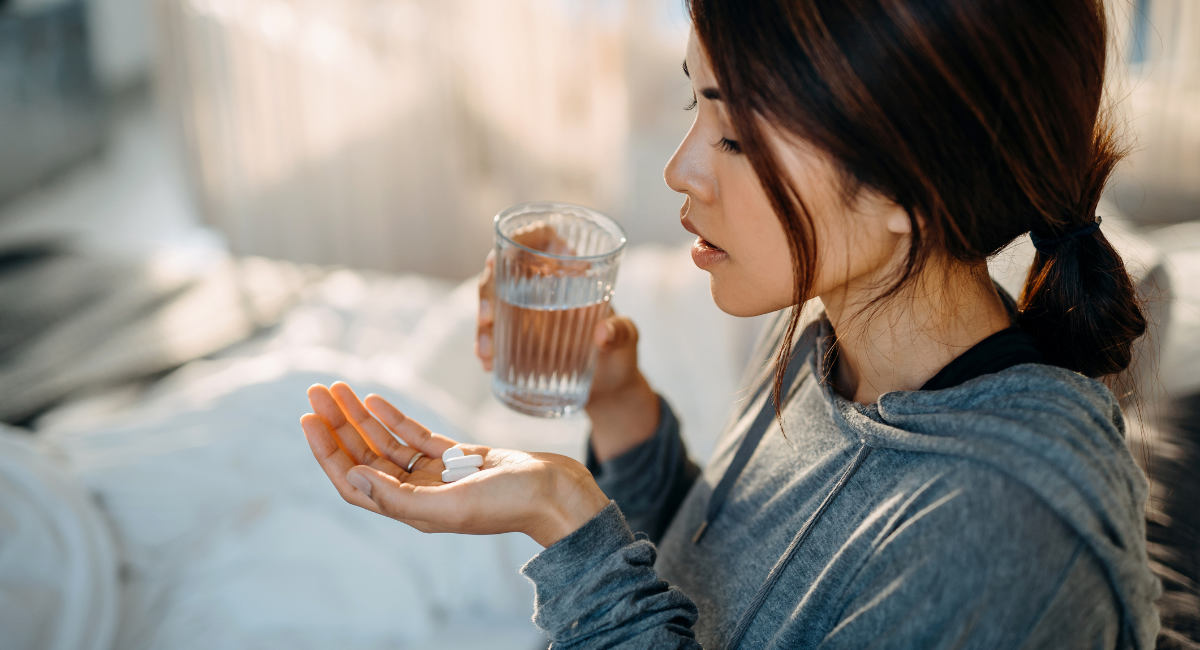 A digital editor of Ms. Magazine has claimed that she ordered “advanced provision” abortion pills from the online abortion dispensary Aid Access, meaning she ordered them to have on-hand just in case she were to become pregnant — or, as she puts it, “to keep for a rainy day.”

In the video, which was first published on Tik Tok, Roxy Szal claimed that “[o]ne of the things we try to do here at Ms. is demystify the process of abortion.”

Ms. Magazine, co-founded by feminist Gloria Steinem in 1972, has always promoted abortion. Right out of the gate, the magazine ran a “petition in which well-known U.S. women declared they had undergone abortions — despite laws rendering the procedure illegal.” The so-called “We Have Had Abortions” petition has since been relaunched by the magazine.

“I live in Austin, Texas,” Szal said in the video. “For almost four months now abortion has been essentially outlawed for most people who need one. So, I went about getting some advanced provision abortion pills and I just kind of wanted to show you what that process looks like,” Szal added. 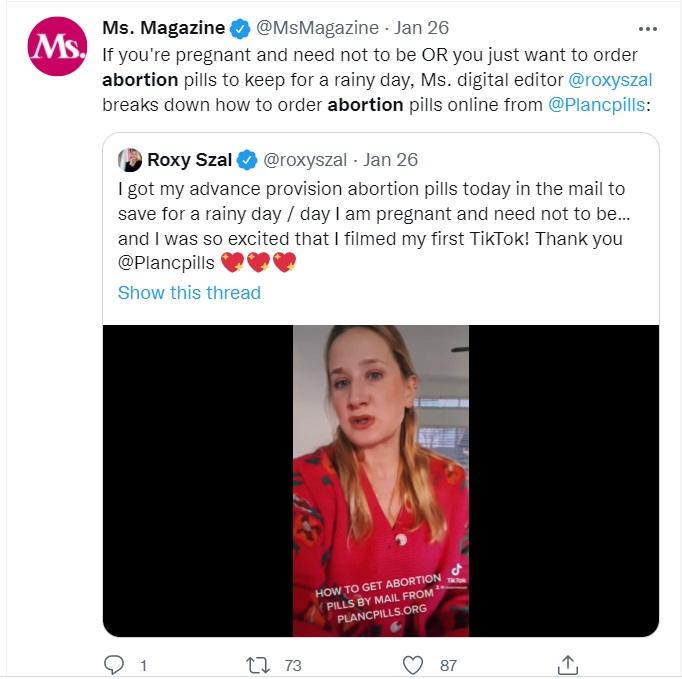 She then claimed the abortion pills she purchased were prescribed by Rebecca Gomperts, an Amsterdam-based abortionist who founded both Women on Waves and the virtual abortion pill organization Aid Access.

The so-called “anti-Preg” kit Szal received is “good for at least two years,” Szal told her viewers. “So, saving it for a rainy day.”

Despite allegedly wanting to “demystify abortion,” Ms. Magazine has failed to show readers what an actual abortion looks like and what it does to the innocent preborn child in the process at all stages of pregnancy. Instead, you can see the truth here:

This move to order advanced provision abortion pills follows what has been dubbed a guerrilla campaign for mail-order abortion pills pushed by the group Shout Your Abortion (SYA). According to its website, SYA’s so-called “Abortion Pills Forever campaign” is a “promise to defy any court which rules against our freedom, and a call to education.” The campaign encourages activists to poster their city with pro-abortion propaganda.

Blackmore sees a shift in focus to smaller, on-the-ground organizations that either help fund abortions or provide transportation and other needs, the Detroit Metro Times reported.

“The message that we’ve kind of been saying is like, ‘F*** the Supreme Court,’” Blackmore says. “We’re just doing this on our own. We’re gonna figure out our own ways to make this work so that we can protect our future and our bodily autonomy.”

Despite the theatrics, Blackmore complained to Ms. Magazine that she has been criticized from both sides of the abortion debate.

“All of the feedback has been really interesting because there are criticisms on both sides, both from the anti-abortion and pro-abortion sides. There seems to be a concern that the process of taking the pill was not done with grave contemplation,” Blackmore said. “People think it needs to be something that’s hard to do, and is traumatizing in some capacity. Some folks have been upset that it was ‘so callous.'”

She added, “It’s interesting that there are people who totally support abortion but believe it should be something that’s private and serious with your doctor. There’s this culture around what abortion should be like, and how it should feel that really dictates the narrative about the procedure.”

Later, Blackmore noted, “If you are an average person, you hear a lot of feminists say this is really serious, we need to protect this, and then you hear Republicans saying women are just using this as birth control. We know that they aren’t, but I’m also of the mindset that it doesn’t matter if they are….”