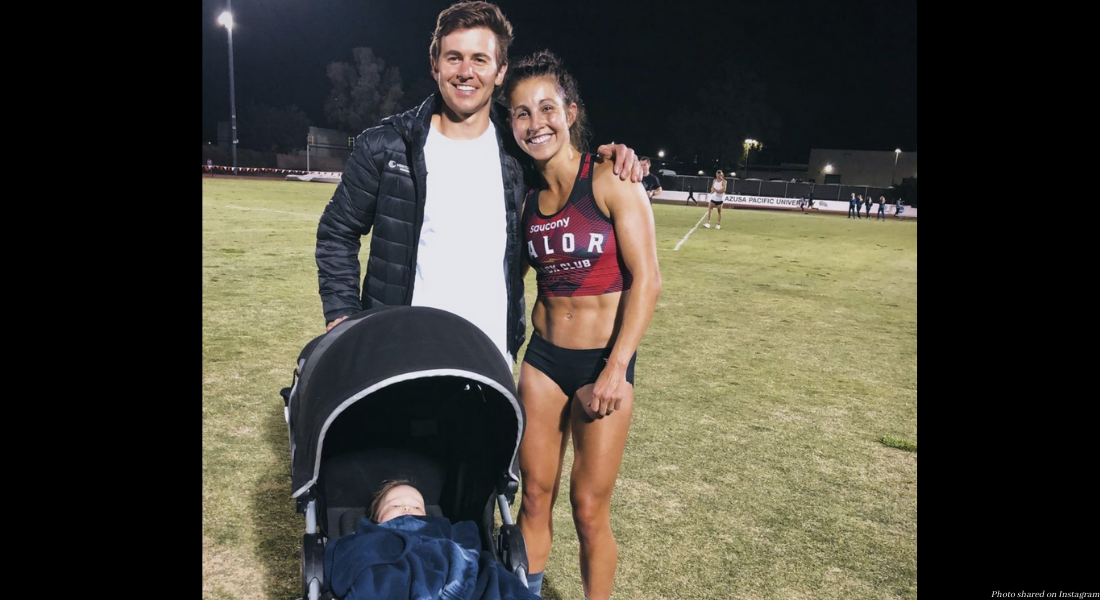 Women are often told that motherhood and success don’t mix. But that hasn’t stopped runner Makenna Myler, a mother of a newborn, from recently qualifying for the U.S. Olympic trials in a staggering 32-minute 10k. An emotional TikTok video of Myler qualifying for the U.S. Olympic trials just seven months after giving birth to her daughter is reminding women everywhere that dreams and goals are not extinguished by motherhood.

The video, widely shared on social media, shows Myler finishing the race at the Portland Track Festival in just 32:03 minutes, beating the 32:25 minute minimum required to qualify. Following the race, she embraces her husband and baby. The video ends with a powerful moment — Myler high fives a fellow runner, also a mother who qualified for the Olympic trials, holding her own baby. 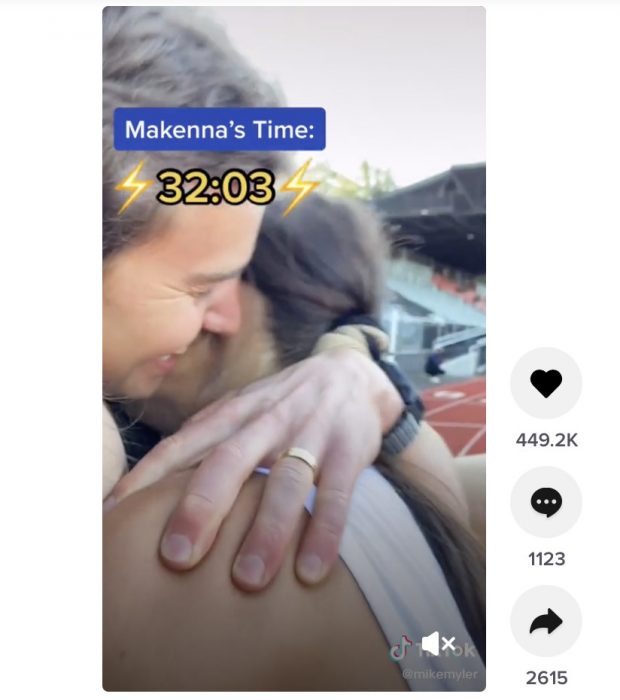 The video has engendered an outpouring of comments from women inspired by Myler’s impressive feat.

“I love the message that you can still achieve your dreams and have kids,” one person wrote. Another commented, “Why am I bawling now?” And Myler’s husband used this caption for the video: “Blown away. My smile is stuck on #momstrength #usaf #running #olympictrials #track.”

This latest video from the Mylers emerges on the heels of another video that went viral — a graduation speech by Paxton Smith, a Texas high school valedictorian, decrying the state’s “heartbeat bill,” which was signed into law by Gov. Greg Abbott just weeks beforehand. Sadly, Smith and many other young women have bought into the lie that ending the life of a preborn child restores a woman’s ability to achieve her goals and dreams.

Every day, women like Myler are demonstrating that children do not stand in the way of a woman’s dreams. As Live Action News previously reported, Alysia Montaño, a six-time US National Champion, World Championship Medalist and Olympian, has repeatedly competed while pregnant, and championed the ability of women to be mothers and achieve their dreams.

These incredible athletes are not the only ones proving that children are not obstacles to dreams. Every day, women are doing the seemingly impossible: writing books, obtaining college and graduate degrees, learning new skills, filling leadership positions, and managing their households, all while being mothers. Whether a woman dreams of achieving an Olympic medal or staying home to care for her children and run the household, Myler’s story shows no dream is out of reach.

In fact, Myler credits her success to her motherhood, showing that children don’t stand in the way — they push us to be the best versions of ourselves. “Having a baby less than six months ago has pushed me to ask for help so I can reach goals and show my little girl that I will never stop becoming, I will never stop trying in one way or another,” she wrote on Instagram. “I will keep surrounding myself with those greater than me and I will always come off better for it. I’m not the first and I won’t be the last mama to keep at it.”