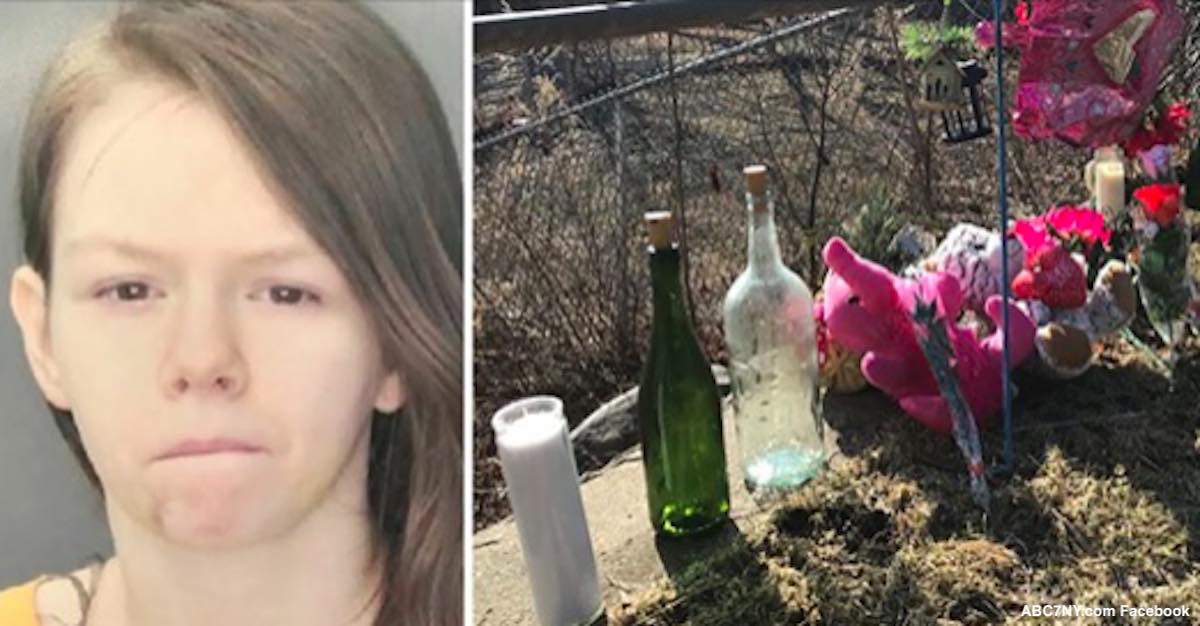 A woman in New York has been charged with murder after prosecutors say she gave birth to a baby 10 weeks prematurely and abandoned the baby girl to die outside in freezing temperatures. The Times Herald-Record reports that Nicole Layman was arrested last month and faces second-degree murder charges for the alleged incident which took place last November.

Police Chief William Worden was moved to tears speaking about the case at a press conference, saying, “We know how this case, this tragic incident, has affected you, the community at large…. This death was devastating to the family, to the neighbors, to the community.”

A joint press release from prosecutors and police states, “It is alleged that the child had been born alive and that Layman abandoned the baby in freezing cold temperatures in the vacant lot, where the baby died of exposure.” The newborn was discovered on the evening of November 12 near a parking lot on a rock with no covering or clothing and with the umbilical cord still attached.

The baby girl has been named Sophia Grace Hadden by her family.

READ: Baby Theo, born at 30 weeks in the UK, makes it home in time for Christmas

Orange County District Attorney David Hoovler acknowledged that at the press conference, “There are probably some mental health issues in the case.” The reasons for Layman abandoning her baby are unknown, but Worden said, “Quite simply, I just believe she did not want the child,” which is the same reason many mothers opt for abortions, including late-term abortions. Nonetheless, for the second-degree murder charge, Layman could face 25 years to life in prison.

Each state in the U.S. has its own Safe Haven law, which allows desperate parents to leave their newborns safely with first responders or other designated caregivers within a certain time frame after birth, with no penalties whatsoever. Click here to find your state.

While the community mourns the loss of little Sophia Grace, the unfortunate truth is that babies her age are legally aborted in the U.S. Abortion facilities have been recorded offering to commit abortions on babies at 30 weeks (and even 37 weeks). Babies at this stage and earlier can and do sometimes survive attempted abortions — something the abortion industry fears. Any abortionist failing to provide basic medical care to a premature newborn baby would be leaving that child to die, not as a panicked parent, but as a matter of business.

Killing a child before birth is no different than killing a child after birth. A human being’s size, level of development, environment, and level of dependency do not determine their value. Every human being is equal from the moment of fertilization until natural death.