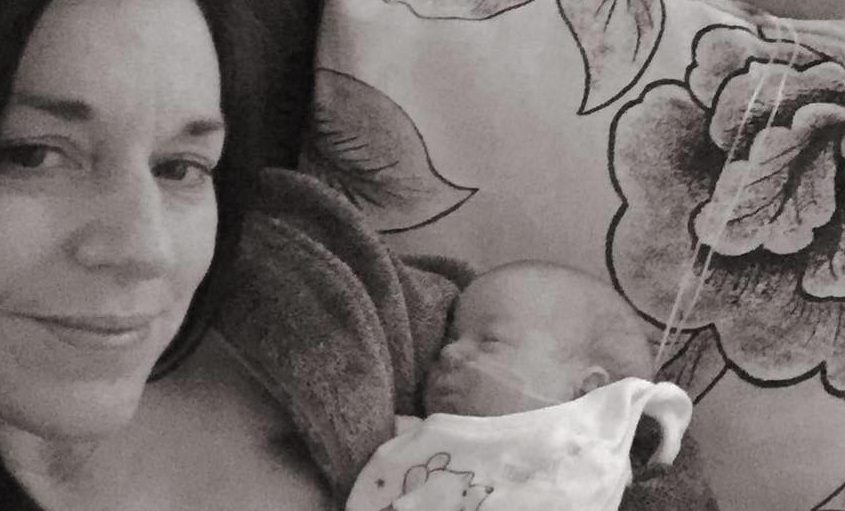 Born 10 weeks early at just 30 weeks gestation, Theo Dawes weighed only two pounds. He spent two frightening months in the hospital before his family was able to take him home just in time for Christmas.

“Theo was originally due on December 21, but was born prematurely on October 13 as a result of complications during pregnancy,” his mother Vicky Curry explained to Sunderland Echo.

Baby Theo faced numerous health challenges due to his premature birth. His lungs weren’t fully developed, and he needed to stay in a special incubator. He deals with chronic lung disease and requires a feeding tube. In addition, he needed a blood transfusion due to a low level of red blood cells. Though he is now happily home with his parents, he still requires oxygen and is receiving breast milk and fortifier through a tube.

“Theo was very poorly when first born and has had his fair share of ups and downs over the seven weeks with his health, due to his lungs being premature and weak, and picking up infections and has required the help of antibiotics, CPAP etc,” his parents wrote on the Just Giving page where they are raising money for the Sunderland City Hospital’s Neonatal Intensive Care Unit.

Despite his health setbacks, Theo proved to be a fighter and battled his way home not only in time for Christmas, but right around his actual due date. Grateful for the support they received and the care given to their son at the UK hospital, they decided to raise money in order to help other premature and sick infants.

“We are grateful to the amazing staff of doctors & nurses etc for the care they have given our son & of that given to both his dad and I,” wrote Curry. “Without them and the equipment they use there is a very strong possibility our little boy would not be here today. Our aim is to show the Neonatal Unit how appreciative we are for what they have done for our little boy, not to mention other babies who have also been in the ICU with Theo and those who will continue to be admitted to the ICU.”

The couple plans to hold charity events featuring musicians and comedians in order to raise enough money to purchase a new incubator and heart rate, respiratory monitor, and infusion machine for milk feed and antibiotics for the hospital.

“All the staff at the Neonatal Unit of Sunderland Royal have been amazing, so the fundraising is to say a big thank you to them,” said Theo’s father Martin Dawes.

Theo proves that life exists inside the womb well before 40 weeks gestation. Each preborn person has a right to live his or her life both inside and outside of the womb.