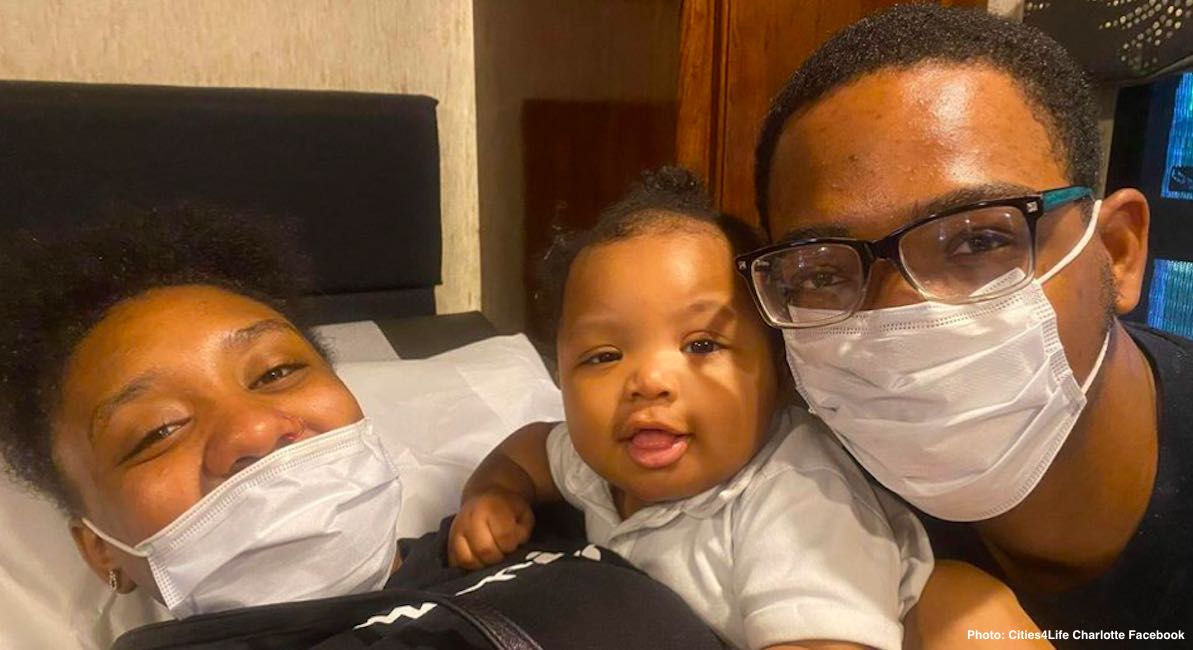 For decades, abortion activists have tried to make abortion a “women’s issue.” Men are frequently told if they “don’t have a uterus,” they are not allowed to have an opinion on abortion. At other times, pro-abortion groups have demanded that men express an opinion on the elective killing of the preborn… and then insist that being pro-abortion is the only acceptable opinion.

Sadly, in this climate in which men are told the only acceptable way to show support for women is to support abortion, our culture doesn’t often hear about men who support women when they choose life. The voices most often heard are men talking about how abortion “benefitted” them because they did not have to take responsibility for their children. If more men had the courage to stand for life, more mothers would find the support they need to choose life for their babies.

Despite the narrative that women are “empowered” by abortion, studies show that many women are coerced into a decision to end their child’s life. This type of coercion can lead to lifelong emotional pain and regret. Stories in which women want to choose life for their baby and receive support from the men in their life show how powerful support can be.

Sometimes, the father of the baby is the one to support the mother in her choice for life. Cities4Life Charlotte recently shared a touching story of a family who chose life. While seeking an abortion, the couple learned that Cities4Life offered resources and a free ultrasound. The opportunity to see her preborn baby moved the mother to tears. In response, the man said, “We are not going to do that abortion.” Together, they went to the mobile unit for an ultrasound. Cities4Life shares, “When they saw their baby’s image on the ultrasound, they hugged each other.” After the couple chose life for their baby, they received diapers and baby items, as well as books and toys for their other children.

In many other stories, the father of the baby is unwilling or unable to support the mother in choosing life. Even in these situations, the support of men in that mother’s life can have a tremendous effect on how she views herself and her child, strengthening her resolve to choose life for her baby.

Alexa Hyman has started an online community on Instagram and a website, Back In February, to offer encouragement to mothers experiencing unplanned pregnancies. In 2017, Hyman found herself unexpectedly pregnant. Hyman shared that two men were instrumental in supporting her when she was vulnerable and afraid to choose life for her daughter, whom she named Renley Jane. The father of her baby was too fearful to offer Hyman emotional support, consumed by his own fears about the future.

Writing about her emotional state immediately after learning she was pregnant, Hyman says, “As every woman does when she carries a child, I desperately wanted to be loved. But I just remember the fear. Fear that felt like desperation and shame.” Feeling there was no other choice, Hyman made an appointment for an abortion.

Running into a friend who knew about the unexpected pregnancy, Hyman wrote, “He made eye contact with me intentionally and blurted out a sentence I didn’t expect and would change everything: ‘You guys can do this.’” Her friend then offered to adopt the baby if she and the father felt unable to parent. Hyman writes about this encounter, “It was as if the door I had pulled tightly shut had been ripped open again. It was the first time I felt courage to make the decision that deep down I knew I needed to make.”

"Before I became a mother, I was incredibly hard-headed. I wanted to do things my way, and if you can’t already guess, I needed control over my life. I’m sure every mother is laughing right now. Having a child is totally counterproductive to maintaining selfishness and control. ⠀⠀⠀⠀⠀⠀⠀⠀ I’ve become more empathetic, understanding, accepting of chaos. I’ve become a little more soft and gentle. That said, I’ve also become more anxious. I think there’s a constant struggle with wanting to control my everyday messiness and with accepting that my life is simply messy. ⠀⠀⠀⠀⠀⠀⠀⠀ But the biggest thing that changed about me, I think, is that for the first time in my life I chose someone else over myself." ⠀⠀⠀⠀⠀⠀⠀⠀ Read my full interview over at @everyday_mamas ⠀⠀⠀⠀⠀⠀⠀⠀ #motherhood #mother #singlemom #unplannedpregnancy #pregnancy

Meeting with another friend for a business meeting, Hyman found the courage to tell another person about the unexpected pregnancy. She writes, “Immediately he came around the table, placed a hand on my shoulder and with so much joy, said, ‘Alexa, there’s a baby inside of you!’” Hyman was moved to tears. She explains, “For the first time in seven days, someone responded to my scary surprise pregnancy with the joy with which we respond to all other pregnancy announcements. His eyes filled with genuine excitement, he smiled and I smiled back – for the first time allowing myself to exhale with the news that a baby was really beginning to grow within me.”

Monica Aberle, a co-founder of the online motherhood community “Everyday Mamas,” has also shared her story of an unexpected pregnancy and finding support from a friend. On Instagram, Aberle wrote about how moved she was when a friend, who would later become her husband and adoptive father of her son, offered her encouragement and support. After discovering she was unexpectedly pregnant, Aberle transferred to another college more than a thousand miles away but stayed in touch with a casual friend, Dan.

⠀ (1/3) I met Dan that fateful junior year of college. I needed a lab partner for a science class that I was taking at the time, and the only two other people I knew in the class were already paired up. I vaguely recognized seeing him around campus, so I walked up to him and said: “Hey. So do you wanna be my lab partner?” (You know the saying “a little chemistry in Chemistry?" That was basically us.)⠀ ⠀ Once I found out that I was pregnant mid-way through that semester, I’d decided to transfer schools and thought that’d probably be the end of our friendship. But it’s funny how God works.⠀ ⠀ The day before I left for Christmas break, he asked if I’d join him for coffee. Part of me thought: “What’s the point—I’m probably never going to see him again, and I definitely can’t tell him that I’m pregnant.” So I almost said no. But for some reason I didn’t. And we had a great time chatting for 3 hours about anything and everything.⠀ ⠀ But then I left. And headed off to a new college over 1200 miles away.⠀ ⠀ A couple months went by, and he would call me every so often to check in and see how things were going. I thought it was sweet, but again, I started to worry: “I can’t keep talking to him. How can I tell him the real reason I transferred?” I could tell he was interested in me and I wanted to avoid having that conversation altogether. I was scared of what his reaction might be.⠀ ⠀ So I made a plan to quietly back away: delay returning his phone calls or cut them short, so we’d just kinda just drift apart. A few weeks later he called again, and when I returned his call he said something that completely caught me off guard: “SoI heard the other day from a friend the reason you transferred. And I just want you to know I’m so proud of you. You’re doing the right thing and you’re so brave.” He didn’t judge me. He didn’t see me as less than. He was so kind. And so supportive.⠀ ⠀ I started to immediately to tear up. It wasn’t a long phone call and I don’t remember saying much besides, “thank you.” But once the air was cleared, I felt like I could really be friends with him. And you know what, he didn’t stop calling. #unplannedstory #fridayintroductionsourlovestory⠀

Although Aberle enjoyed the friendship, she was worried about how Dan might react to learning about her pregnancy, the real reason she transferred. Aberle was surprised when Dan called one day to say, “So I heard the other day from a friend the reason you transferred. And I just want you to know I’m so proud of you. You’re doing the right thing and you’re so brave.” Dan’s words were nothing like Aberle expected. She explains, “He didn’t judge me. He didn’t see me as less than. He was so kind. And so supportive.” The two continued as friends and eventually dated and married.

Abortion affects everyone. When a child is killed in the womb, a community loses a member. The more men who can compassionately support pregnant mothers, the more women will have the courage to choose life.