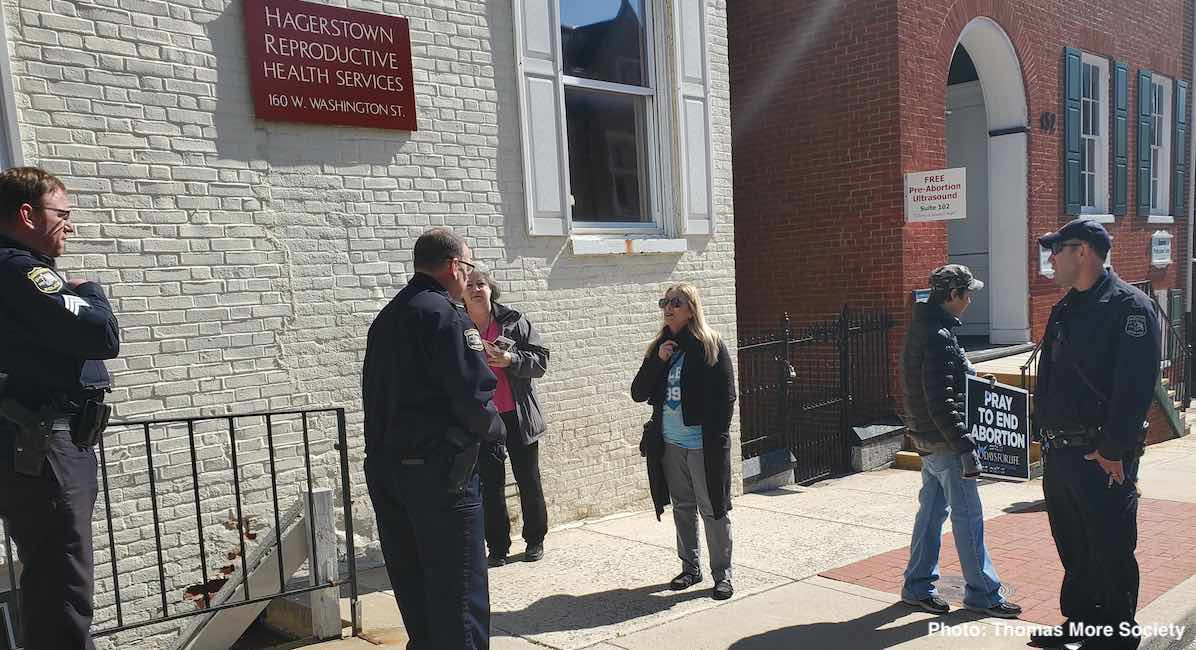 UPDATE, 4/23/20: According to an email from the Thomas More Society (TMS), the city of Hagerstown will now allow Maryland citizens to remain on the sidewalks outside abortion businesses during COVID-19. The email states that TMS “sent a letter on April 14, 2020, to the city’s mayor and police chief after Hagerstown police threatened pro-life advocate Wanda King with a $5,000 fine for being present on the public sidewalk outside the local abortion facility. The city’s response stated that King and others could return to the public sidewalk on the condition that they maintain social distancing and have no more than 10 people – and that they continuously walk around the large city block where the abortion facility is located.”

However, TMS issued “a second letter to the city explaining why such a requirement is unconstitutional. When the city failed to respond, the Thomas More Society sent municipal officials a draft lawsuit and demanded a final response, prompting the Hagerstown to finally back down and agree that the life advocates do not have to continuously walk around the block in order to engage in pro-life free speech on the public sidewalk.”

4/17/20: Yet another pro-lifer has experienced harassment for prayerful, peaceful witness on the sidewalks outside of an abortion facility; this time, in Hagerstown, Maryland.

On April 2, 2020, Wanda King and several other pro-lifers praying outside Hagerstown Reproductive Health were approached by city police officers who accused them of violating the state’s stay-at-home order, even though less than 10 people were gathered and all were maintaining social distancing guidelines. At that time, the officers threatened King with a $5,000 fine for her supposed violation. Before any citation could be issued, a friend drove King home. 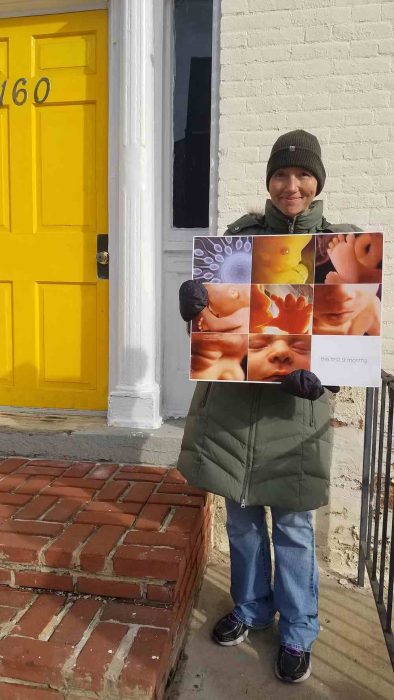 One of the pro-lifers then contacted Maryland State Delegate Neil Parrott about the situation. Parrott consulted with the Governor’s Task Force, which announced that it was lawful for the pro-lifers to pray outside of the abortion facility so long as “they continued to walk around the block while staying six feet away from each other and other people.” An email with this information was sent to the Hagerstown Police Chief, along with three follow-up emails. They received no response.

Five days later, police officers once again showed up while King and one other person were peacefully, legally praying. Faced with a potential citation once again, King sought legal help from the Thomas More Society, a “national not-for-profit law firm dedicated to restoring respect in law for life, family, and religious liberty,” according to their website. In a statement provided to Live Action News via email, the Thomas More Society commented:

We stand fully prepared to defend the constitutional rights of Ms. King and other pro-life individuals to be outside Hagerstown Reproductive Health to exercise their freedom of speech and religion while practicing social distancing, and we are ready to take immediate court action if necessary. As long as the abortion mill is engaging in business as usual, our clients have a right to be outside on the public sidewalk witnessing to life and offering alternative healthcare options, while of course maintaining social distancing and gathering size limitations.

On April 14th, the Thomas More Society sent a demand letter to the Hagerstown Mayor, Police Chief, and City Attorney demanding that the city of Hagerstown verify immediately King’s and others’ right to pray and witness peacefully without further harassment.

Unfortunately, King isn’t the only pro-lifer harassed for engaging in legal activity outside of an abortion facility, but recent precedent is certainly in her favor. Earlier this week, Live Action News reported that the city of San Francisco will now allow pro-lifers to pray outside of abortion facilities.