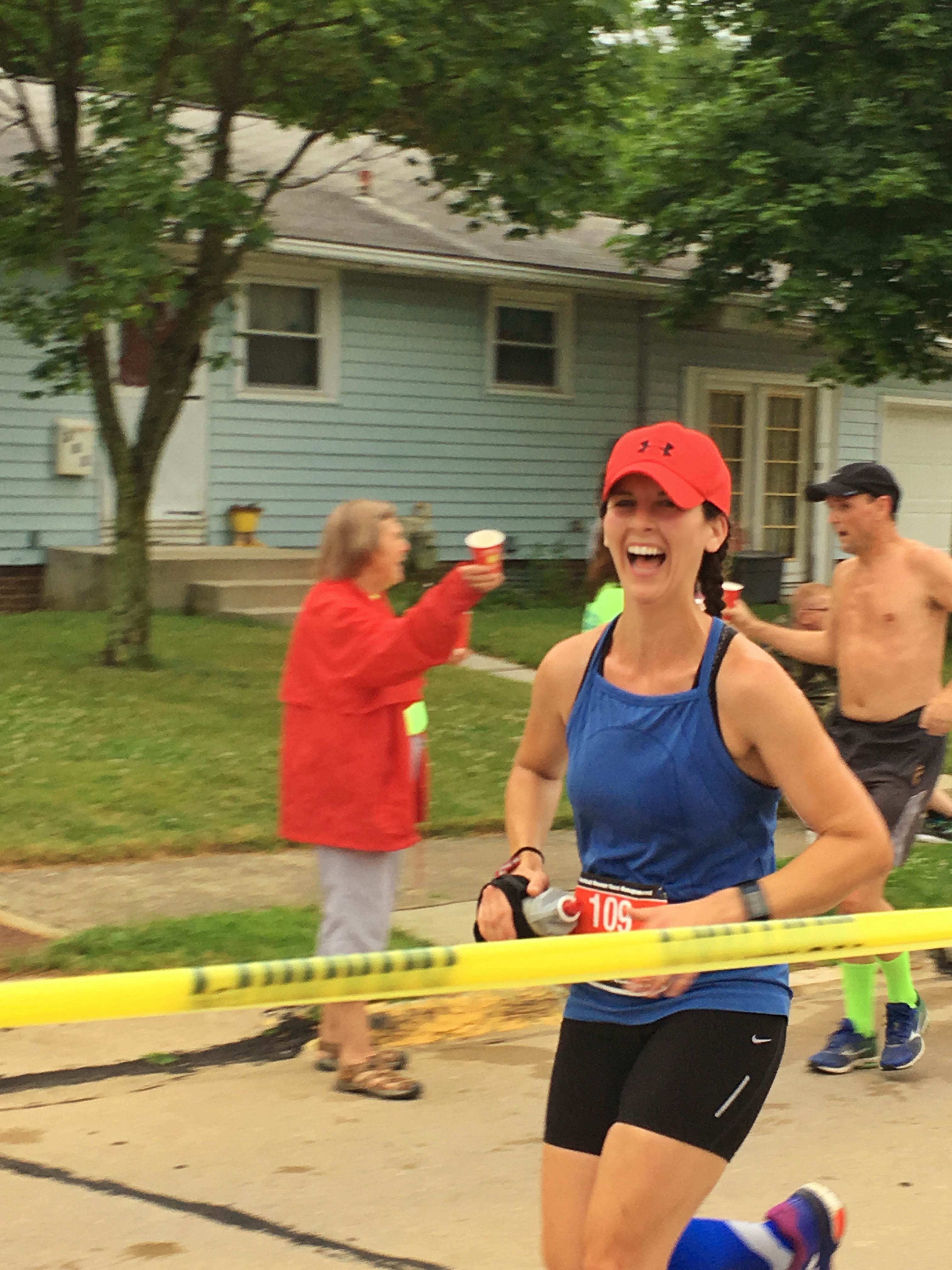 Emily Korosec is a married mom of three on a mission. A lifelong sports enthusiast, Korosec has taken her love for fitness and turned it into a tool to save the lives of preborn babies. Her goal? To run every half marathon in Ohio, and raise money for a pregnancy center.

Korosec, a certified fitness instructor, began playing sports when she was very young. She played multiple sports, but one became her passion. “I grew a love for the game of soccer and played into the collegiate level,” she said in an interview with Live Action News. “When soccer was over in 2008, I began to run as a way to stay in shape and fill that the need I had for physical exercise. It wasn’t necessarily my favorite activity, but I always felt better after a run than before I started.” But once her mom and her sister encouraged her to run a 5K with them, she became hooked on running. “It gave me an opportunity to release my competitive nature and I loved the feeling of accomplishment when I finished a race and knew had I given it my all,” she said. “Since then I have run two marathons, 18 half marathons, and a whole bunch of other smaller races. I’m not the fastest runner by any means, but I’m always working towards improvement.” 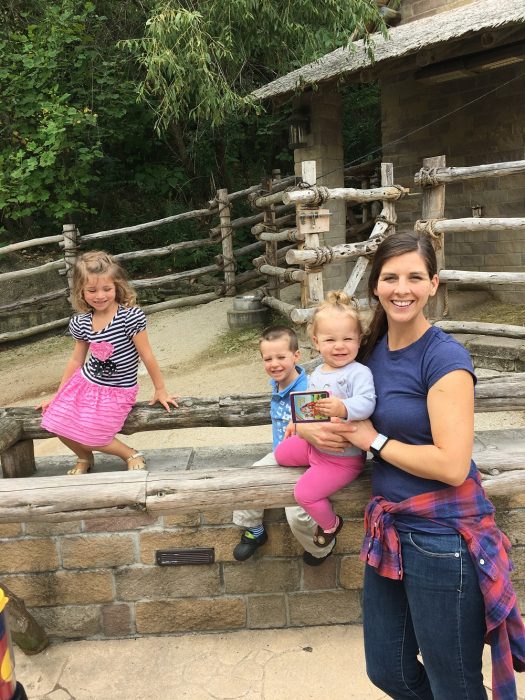 Her love for running only grew with time. “At first, I loved it because it filled the void of no longer being involved in sports. Throughout time, it grew into something much more,” Korosec explained. “It became an emotional release when I had my first hard breakup. It became a form of therapy where I could reflect and think through some hard things going on in my life. When I put on those newlywed pounds and then after each pregnancy, it was a great way to get back into shape and feel good about myself. As I grew into my role as a young mother, it became a time to be alone and to feel like I had something that was just mine and didn’t directly revolve around my children.” She also was able to begin building friendships through her running — but eventually, realized she could be doing more.

In 2016, her sister ran the Akron Half Marathon, and raised money for a local ministry in the process… and Korosec was inspired. She had been considering what she wanted her goals to be as a runner, and she came up with an idea: she would run every half marathon in Ohio, and raise money for local charities in the process. “I am a very goal oriented person and I need a challenge, big or small, to help me stay motivated and moving forward,” she said. “Half marathons are long enough to feel like a challenge but don’t require as much training as a marathon would. The idea to run all the Ohio half marathons kind of came out of nowhere. I now know it was the Lord guiding me. He showed me that I can use my passion of running as a way to love others in the community through raising money for local charities.”

So far, Korosec has run 18 half marathons out of 90, and in a year and a half, has raised over $6,000 for local charities. Previously, she has raised money for sports- and health-related charities, but the entire year of 2018 is dedicated to just one organization: Pregnancy Solutions, a pregnancy center located in Akron, Ohio. Korosec explained what made them stand out to her when she was choosing a new organization to run for. The pregnancy center “offer[s] a wide range of services to help women make an informed decision about their pregnancy,” she said. “At their center, and on their medical mobile unit, they provide FREE pregnancy tests, FREE ultrasounds, FREE options counseling and FREE Community Referrals to women in any unplanned or unintended pregnancy. Pregnancy Solutions is a Christian organization. Their desire is to share the love of Christ with every person who walks through their doors and to save the unborn from abortion.” 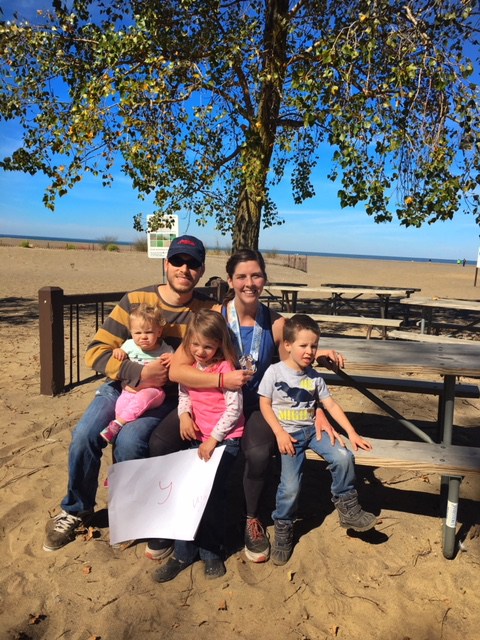 While Korosec grew up as a Christian who believed in the sanctity of life, it wasn’t until she was in high school that she began to understand the reality of abortion. “One fellow classmate brought in pictures of an aborted baby, but the teacher would not allow her to show the photos because he felt it was too grotesque,” she recalled. “I had never seen a picture of an aborted baby and asked her to show them to me. I was moved to tears. To see the tiny hand of an unborn child and its body parts ripped to pieces made me feel sick inside, and then to hear that they could feel the physical pain of what was happening to them, it was too much. That was when I truly formed my own beliefs on abortion, not because of what my parents said, but because of the facts right in front of me.”

Becoming a mother also only strengthened Korosec’s pro-life convictions, and also gave her an added compassion for the second victims of abortion: the mothers. “To think of the physical and emotional scars that they must bear for the rest of their life because of an abortion, made me want to be an advocate for them as well, so that they may truly understand what is happening inside of them!” she said.

“Ultimately, if we cannot value the most innocent of life, then how can we value anything at all? The protection of life should be the basis of all human rights and I will always fight for that,” she added. She also argued that we can win the battle to save preborn lives through love and compassion — both for the babies, and their mothers: 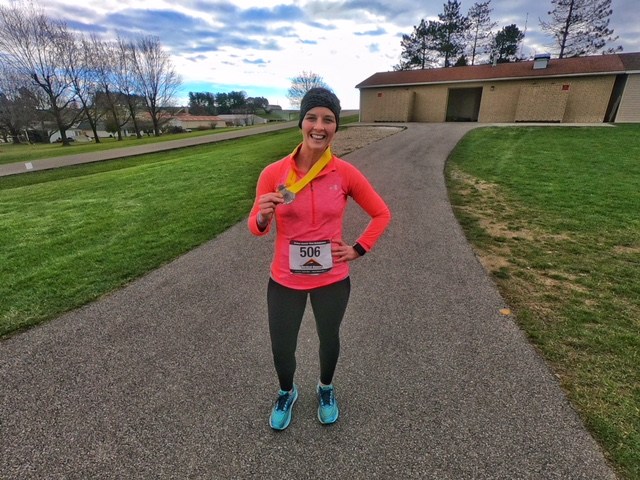 Share knowledge and show compassion. I think knowledge is power, but not only that, I think showing a genuine love and compassion for these women are the two most important factors in this battle. Women must know facts, but they also must be shown compassion. You cannot have one without the other. If you show them facts, such as by standing with signs outside a facility, but you lack the relational side of the discussion, no one is going to listen. If you only show them compassion but they don’t hold the power of truth, then they also cannot fully understand the weight of their decision! We must hold fast to the value of life, not just for the unborn, but for the women carrying them as well and we must also always speak truth.

So far, the response to Korosec’s mission to raise money for the pregnancy center has been very positive. “I honestly had no idea what to expect when I started on this journey and I have been blown away by the generosity and encouragement of others!” she said. “The coolest thing, though, has been how complete strangers have rallied beside me in this goal! People who have only ever met me through social media and online have been some of the most supportive people I’ve met. I have built true friendships because of Running Across Ohio and that excites me just as much as the money does.”