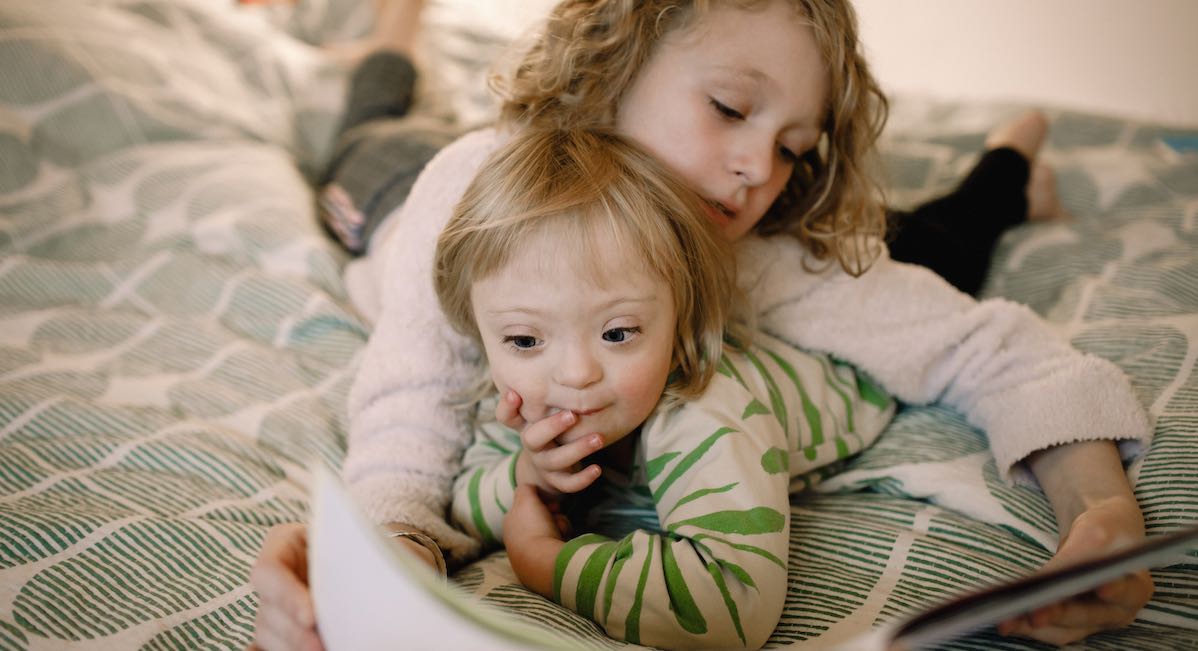 In a book that collects the stories of family members of children with Down syndrome, Shannon Wemys wrote about her daughter Gracey. Wemys describes the stress she experienced when she was pregnant. Doctors told her Gracey had serious medical problems and might not survive:

We were back and forth to Glasgow for months for scans and tests. We were told of numerous chromosomal abnormalities that Gracey potentially had and to prepare ourselves for her only living a very short life. We couldn’t take the unknown any longer and decided to have the amniocentesis test.

The test revealed Down syndrome. According to Wemys, when she got the call confirming the diagnosis, she “felt like my whole world just stopped.” She said, “This was not the family picture I had always dreamed of… She wasn’t the daughter I had imagined I would have; I wish I had known then that she would be way better than what I thought I wanted.”

The doctors painted a grim picture:

At appointments some professionals made me feel like my life was going to be so difficult! I was told I wouldn’t cope, that Gracey won’t get much out of life and how limited her life would be, but how wrong they were.

Everything they told me about what Gracey would be like scared me, but it turns out these things were all false. It was like they were trying to make my mind up for me.

The doctors seemed to be trying to pressure Wemys into abortion, to “make up her mind for her” to have Gracey killed. Their dire medical predictions turned out to be completely unfounded. Many other parents, when faced with such a negative portrayal of life with their child, would have given in and aborted. But Wemys refused.

She has no regrets and loves her daughter:

Gracey is exactly who she was made to be, from the very start. She is nothing like I ever imagined but exactly what I needed.… Gracey has so much joy, and her smile would brighten anyone’s day. She is full of life and I am so proud to have her. I wouldn’t change her for the world. Down syndrome is a beautiful part of her but it doesn’t determine who she is. It’s not something to be scared of, she is everything we ever needed. She is our reason.

Sadly, parents of preborn children with disabilities are often put under great pressure by doctors to abort. Shannon Wemys’ story is just one example.

Source: Nicola Enoch #NobodyToldMe: The Truth about Down Syndrome (tantamount, 2020) 25