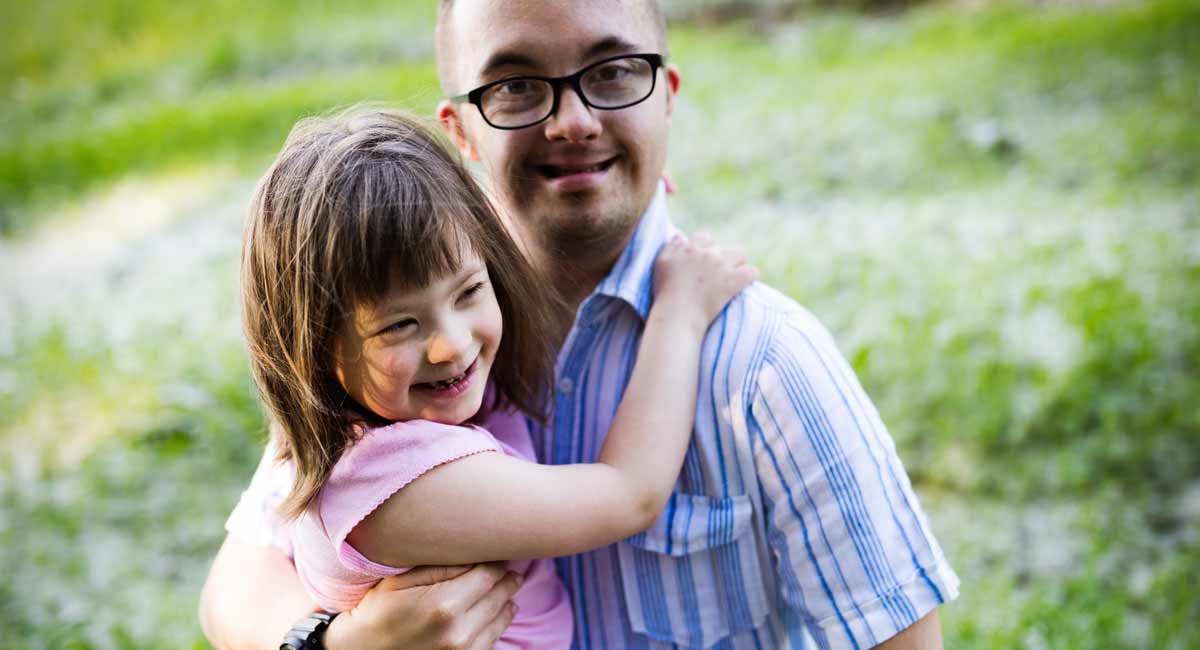 A recent article published in The Atlantic is drawing attention to the issue of eugenic, discriminatory abortions. Focusing largely on Denmark, staff writer Sarah Zhang discusses prenatal testing and the abortions that largely follow a positive result. What happens when a society decides that people with disabilities don’t deserve to live? Zhang’s article thoughtfully discusses the implications of eugenic abortions, but ultimately falls short of outright condemning it. And it’s a shame, because that is what needs to happen.

The Trouble With Denmark

As Zhang points out, Denmark should be one of the best places to have a child with a disability. “Denmark is not on its surface particularly hostile to disability,” she wrote. “People with Down syndrome are entitled to health care, education, even money for the special shoes that fit their wider, more flexible feet. If you ask Danes about the syndrome, they’re likely to bring up Morten and Peter, two friends with Down syndrome who starred in popular TV programs where they cracked jokes and dissected soccer games.”

However, nearly every single expectant mother in the country undergoes prenatal screening. This pro-life tool has been hijacked as a way to weed out those seen as “unfit,” and to that extent, it’s been depressingly successful. Only 18 people total were born last year with Down syndrome in Denmark; only seven survived a prenatal diagnosis. There, prenatal testing is not used to allow doctors and parents to properly prepare, diagnose potential health issues early, and make plans for any extraordinary health care the baby might need. (Children with cystic fibrosis often need bowel surgery immediately after birth, for example; prenatal surgery on babies with spina bifida vastly improves the child’s chances of walking.) Instead, Danes — and others, largely in Europe — are using the testing to nearly eradicate people with Down syndrome and other disabilities.

“In wealthy countries, it seems to be at once the best and the worst time for Down syndrome,” Zhang noted. “Better health care has more than doubled life expectancy. Better access to education means most children with Down syndrome will learn to read and write. Few people speak publicly about wanting to ‘eliminate’ Down syndrome. Yet individual choices are adding up to something very close to that.”

Zhang spent much of her article speaking with Grete Fält-Hansen, head of Landsforeningen Downs Syndrom, or the National Down Syndrome Association, in Denmark. Her 18-year-old son, Karl Emil, has Down syndrome, and is aware of the negative view society holds towards people like him. People with Down syndrome have increasingly been speaking out about the pain eugenic abortion causes them, and how it feels to know people think you should be dead:

We sat down at a café, and Grete gave her phone to Karl Emil to busy himself with while we spoke in English. He took selfies; his mother, sister, and I began to talk about Down syndrome and the country’s prenatal-screening program. At one point, Grete was reminded of a documentary that had sparked an outcry in Denmark. She reclaimed her phone to look up the title: Død Over Downs (“Death to Down Syndrome”). When Karl Emil read over her shoulder, his face crumpled. He curled into the corner and refused to look at us. He had understood, obviously, and the distress was plain on his face.

Grete looked up at me: “He reacts because he can read.”

“He must be aware of the debate?” I asked, which felt perverse to even say. So he’s aware there are people who don’t want people like him to be born? Yes, she said; her family has always been open with him.

People seem to think that because Down syndrome often causes intellectual disability, people with the condition don’t understand the world around them or can’t react to the ableism that is ever-present in society. This is untrue. Heidi Crowter, a British woman with Down syndrome, fights against eugenic laws in her country. “The current law is unfair. It makes me feel like I shouldn’t exist, and that I’d be better off dead in the eyes of the law,” she said in a recent interview with the Sunday Telegraph.

Another Down syndrome self-advocate, Charlotte Fien, spoke to the United Nations, condemning the growing popularity of eugenic abortion. “A mother’s womb is the most dangerous place for a baby with Down syndrome to be. Governments and health ministers are keen to get rid of us. Some countries like the Netherlands have put a price tag on our heads. They think the world will be better without people like me,” she said, adding, “How is that acceptable to target a group of human beings for extinction? Is that not what eugenics is? To get rid of an entire group of people?”

Consider the growing trend of wrongful birth lawsuits in which parents publicly proclaim their desire to have killed their living children because of their disabilities. These children will eventually become adults, who will see that their parents wish they were dead.

Near the end of her piece, Zhang unintentionally highlights one of the biggest issues in the eugenic abortion debate when speaking about the United States. “One study found higher rates of termination in the West and Northeast and among mothers who are highly educated,” Zhang wrote. “‘On the Upper East Side of Manhattan, it’s going to be completely different than in Alabama,’ said Laura Hercher, the genetic counselor. These differences worry Hercher. If only the wealthy can afford to routinely screen out certain genetic conditions, then those conditions can become proxies of class. They can become, in other words, other people’s problems. Hercher worries about an empathy gap in a world where the well-off feel insulated from sickness and disability.”

The problem is, it’s not an “empathy gap.” It’s a world where people who have the money and the means to create ‘perfect’ children are able to make the attempt. This a Gattaca-esque nightmare which should serve as a warning sign of how ableist much of the world still truly is. And yet, snuff films which feature someone committing suicide solely because of their disability are billed as “romantic.” In the real world, people have expressed willingness to donate to someone in a wheelchair for her own suicide. So many look at persons with disabilities as if they are unworthy of life or less valuable because they do not have ‘typical’ abilities.

Just being a living human being is enough to be valued. People should not have to meet arbitrary standards to deem them worthy of life.