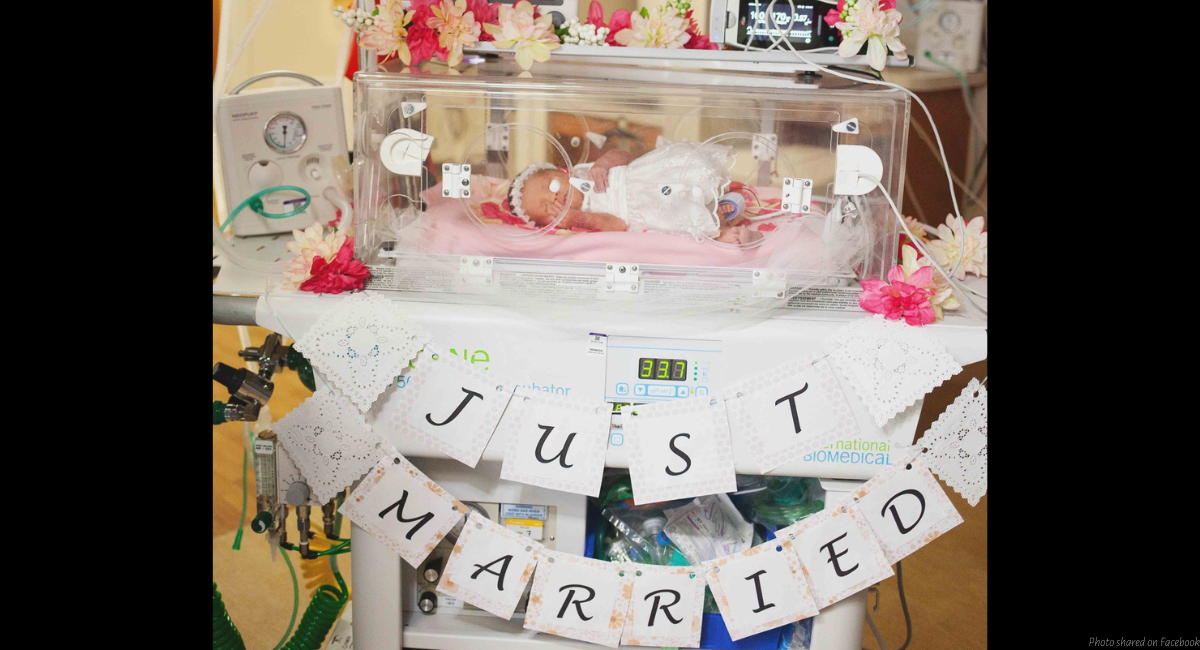 One woman from North Carolina is recovering at home and enjoying life with her newborn after a wild hospital experience that included giving birth to a premature baby, having a heart attack and subsequent surgeries, and getting married — all within the span of a week.

It all started on July 8, when Brittany Butner gave birth to her daughter Faylynn, who was born seven weeks premature. Three days later, Brittany was in the NICU visiting her newborn when she started experiencing chest pains. Doctors immediately recognized that she was at risk of a heart attack, due to a multivessel spontaneous coronary artery disease, which is a rare condition that can occur in postpartum women.

Nurse Addie Franklin, who immediately recognized that something was wrong with Brittany, says that she believes being in the hospital made all the difference for Brittany’s wellbeing. “I truly believe it was a miracle Brittany was at the hospital when this happened,” she told PEOPLE. “She was supposed to go home. If she would have gone home and had this happen, I don’t think the outcome would have been as great as it was. Her life was likely saved by staying another night and having this caught as early as possible.”

Brittany said she didn’t realize how serious things were at first. “I think we started to comprehend what was going on when they brought the defibrillator out and hooked the chest pads to me,” she told Fox 8. “They told me when they were rolling me down there to the cath lab that I was in critical condition and there was a possibility I might not make it through.”

Once she was wheeled into surgery, doctors discovered that she had had a heart attack at just 28 years old. “They were like, ‘you’re really young. This is very rare,’” Brittany recalled.

After that first surgery, Brittany learned she would need another procedure several days later. That’s when she and then-fiancé, Clint Butner, decided to get married. Hospital staff decorated the room and brought in a cake and a bouquet. They even brought Faylynn up from the NICU to serve as a flower girl for her parents.

“Having her there with us in the room was just so special,” Clint told PEOPLE.

The couple tied the knot on July 13, just five days after the birth of their daughter and two days after Brittany’s heart attack. “It was special to me,” Clint said of the wedding. “I cherish every moment. I was excited and happy.”

Happily, both Brittany and Faylynn have now been discharged from the hospital and are home recovering. “We actually had somebody tell us yesterday that somebody has been praying for y’all hard,” said Brittany. “Watching out for us.”