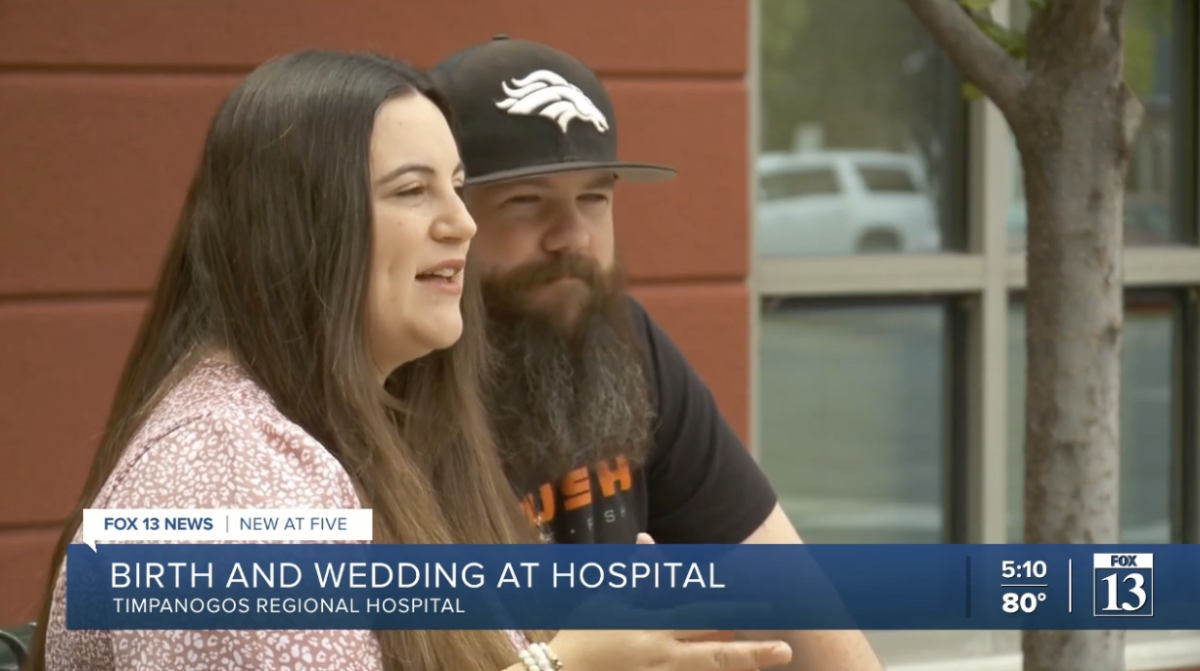 A Utah hospital will hold special memories forever for one couple who celebrated both their daughter’s birth and their wedding there.

Chelsea Mueller and Jeff Bradley have been together since they were 14 years old, and planned to eventually get married, but kept experiencing delays for various reasons. Their wedding was meant to be held in the summer of 2020, but the COVID-19 pandemic forced them to cancel. They then rescheduled for July of 2022, and learned they were expecting a baby. But when Mueller went into premature labor on May 27, everything changed.

“We’ve always felt married. We didn’t need a piece of paper. But when my water broke, we really decided we really have to do this,” Mueller told Fox13. “I guess our daughter decided to just really whip us into shape and she decided to come early, and so we decided to get married right there in the hospital.”

Luckily, the staff at Timpanogos Regional Hospital was ready to do everything they could to help. While Mueller and Bradley had expected a small bedside ceremony, nurses took a training classroom and turned it into something special, complete with decorations, music, cake, and sparkling cider. Family members were able to tune in online.

READ: Preemies serve as attendants at parents’ wedding, thanks to NICU staff

“Even after such a crazy two years, our staff is incredibly dedicated to their jobs,” Jodi Bushdiecker, the lead chaplain at Timpanogos Regional Hospital, who officiated the hospital ceremony, told Fox13. “Many of them feel called to serve in health care and we have an ethic of serving the individual needs of each patient and family member — really valuing the intrinsic worth of every human being that comes into our hospital.”

It far surpassed any expectations the couple had for their impromptu wedding day. “The nurses here really turned it into a whole event,” Mueller said. “I was not expecting that. I was just shocked that they were able to pull something off and actually make it really cute.”

Then, three days later, their daughter Rheya was born. Though she was premature, her birth was especially meaningful for them, as she is a rainbow baby — a child conceived and born after a miscarriage, which Mueller suffered in 2018.

“It’s very, you know, emotional,” Bradley said. “I keep telling everybody she broke me from the moment she came out. I was just broken emotionally.”

“We’ve really been hoping for her for so long, and just the fact that she made it, she is here, is amazing,” Mueller added. “We just feel that even though she’s little, she’s going to move mountains.”

Currently, Rheya remains in the NICU, though she’s getting stronger every day.

“Happy one-week anniversary to the happy couple!!!” the hospital wrote on Facebook. “We’re so thrilled to have played a small part in your busy, but hugely memorable week!”