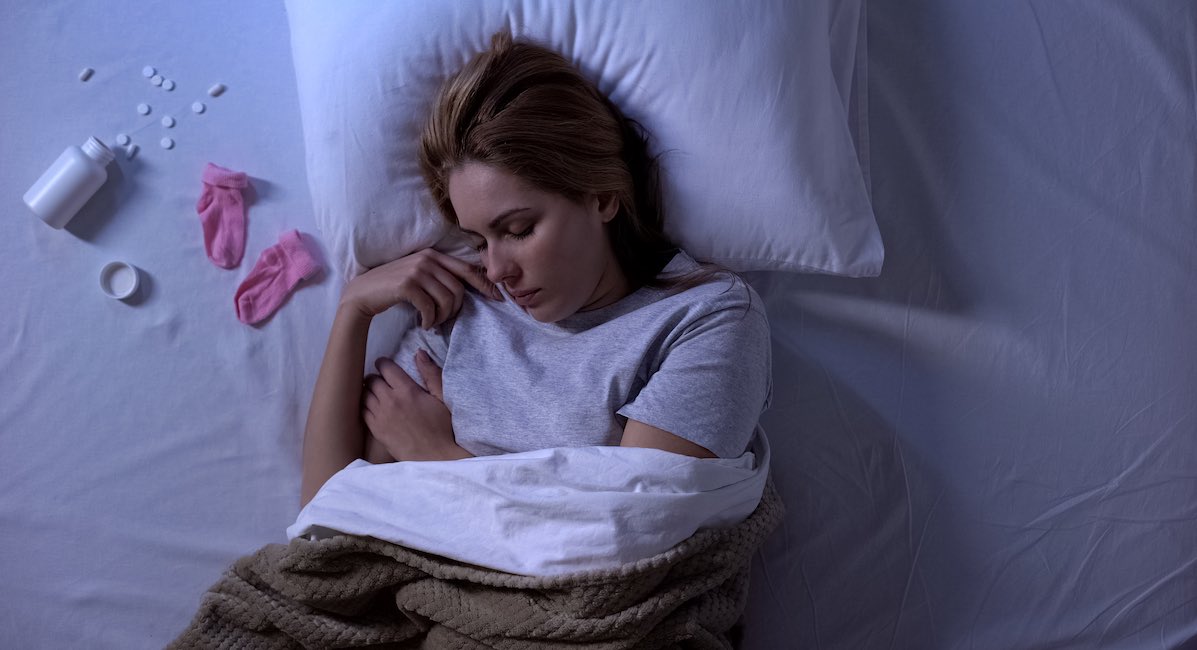 As society becomes increasingly aware of the high prevalence of miscarriage, which impacts up to 20% of known pregnancies, some employers are responding by adding paid miscarriage leave to employee benefit packages.

Recovery always involves some degree of physical healing, especially if a dilation and curettage (D&C) was necessary, or if the woman suffered hemorrhage. Emotional healing is another component of recovery, as women mourn the loss of their preborn children — loss which may be coupled with guilt and worry that somehow they caused, or could have prevented, the miscarriage.

Savvy employers are realizing that acknowledging the reality of that loss, and providing time and space for healing, makes smart business sense, as grieving employees are more likely to work distracted, reducing productivity. Unresolved grief can additionally lead to complicated mental health issues down the road.

In December of 2021, Pinterest began offering four weeks of paid leave to employees “who experience a loss through a miscarriage at any point in the pregnancy.” Alice Vichaita, Pinterest’s head of global benefits, said, “We really feel that people do their best work when they feel seen and supported. It’s such a challenging time in one’s life. We wanted to make sure we’re there for them in life’s biggest milestones, including all paths and stages of parenthood. This kind of loss is often part of one’s journey in trying to become pregnant, so we want to provide space to grieve the loss.”

On January 27th, worldwide law firm Mintz announced the creation of a “compassionate leave policy” granting its 1,200 employees up to 15 consecutive days of paid leave following a miscarriage, as well as adoptive miscarriage, failed surrogacy, or failed fertility treatment. Mintz’s new policy was the brainchild of employee Natalie Groot, who suffered a miscarriage herself. She commented, “With this updated policy, Mintz takes a meaningful stance in destigmatizing pregnancy loss and aids employees as they grieve these profound losses, often taking place during the most critical years for career development.”

A Kaiser Health News article noted that 30 states and five localities require employers to offer employees pregnancy-related accommodations, which would encompass time off for miscarriage recovery. Additionally, “13 states, 20 cities, and four counties… have enacted laws requiring some employers to provide paid sick leave to workers for medical needs, such as for the physical and mental health impacts of miscarriage.” To date, Oregon stands alone as a state mandating paid bereavement leave, which includes miscarriages.

Perhaps surprisingly, paid miscarriage leave has gained traction with some abortion advocates, including pro-abortion politicians. Seemingly unaware of the cognitive dissonance between accepting the murder of preborn children on one hand, and supporting women mourning the loss of preborn children on the other, in July of 2021 two pro-abortion legislators introduced a bill to mandate paid leave for women and couples who experience miscarriage. One of the bill’s co-sponsors, Senator Tammy Duckworth, herself previously suffered a miscarriage. The Support Through Loss Act was assigned to a committee in the House of Representatives, but no further action has been taken.

In a HuffPost interview, Bolden reflected, “It was definitely the greatest sense of loss I’d ever felt, and I wasn’t prepared for that. It’s really hard to explain the highs and lows you go through, and the hormones. I didn’t realize how common miscarriage was, and I didn’t realize how emotionally traumatizing it can be…. There’s also physical trauma. Miscarriages can be physically painful and require medical appointments. If you watch TV, you might think it’s a one day event, and then it’s over. But that’s not the reality.”