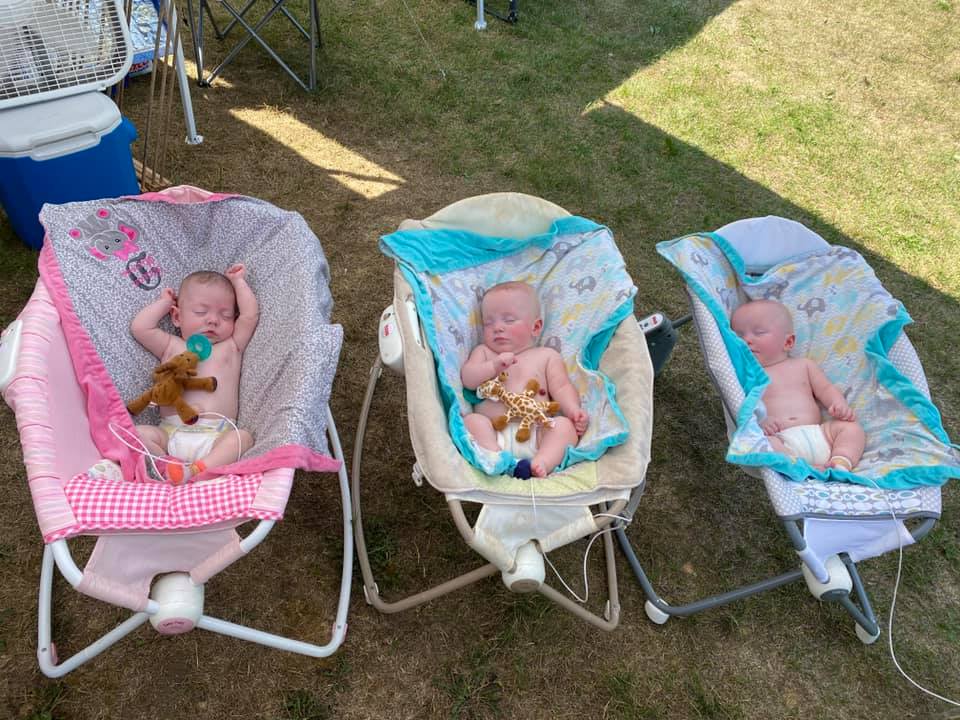 Cian, Declan, and Rowan DeShane have quite the birth story to share when they grow up. The triplets, which include identical twins Cian and Declan and their sister Rowan, were born extremely premature with a small chance of survival. They were also born in two different years.

“When my water broke, I burst into tears because I didn’t think they could survive being born so early,” their mother Kaylie explained. “All of the decisions our care team made saved all of my babies.”

Cian was born first on December 28, 2019, at just 22 weeks and six days. He is one of the youngest babies ever born at the University of Vermont Medical Center and he weighed just 1.08 pounds. Five days later, on January 2, 2020, Declan was born weighing 1.47 pounds and Rowan followed shortly after at 1.08 pounds.

According to UVM’s website, it was only in the last year or so that the hospital even began attempting to resuscitate and treat babies born at 23 weeks or less. But as more premature babies prove they are capable of surviving — even when born at 21 weeks — more hospitals and doctors are stepping up to help them. As the team prepared for the arrival of the triplets, Hannah Jackman, RN, was ready and eager to help.

“It seemed like there were dozens of healthcare workers in the delivery room, all in yellow gowns, awaiting three tiny triplets,” she said. “I was one of them, and I remember my heart feeling like it was leaving my chest as I watched Cian’s parents sob and pray. I wanted a miracle for this family so badly.”

Cian was intubated immediately after his birth, and Declan and Rowan were both septic when they were born and treated with intravenous antibiotics. Kayle and her husband Brandon begged the doctors, “Do everything to save them.” Each triplet was placed in an incubator and was carefully monitored. They spent weeks in the neonatal intensive care unit and were there when the COVID-19 pandemic began. Kaylie and Brandon took turns spending weeks at the Ronald McDonald House to be with the babies while the other took care of older children at home. The triplets worked hard to overcome the obstacles they faced during the months they were in the hospital. 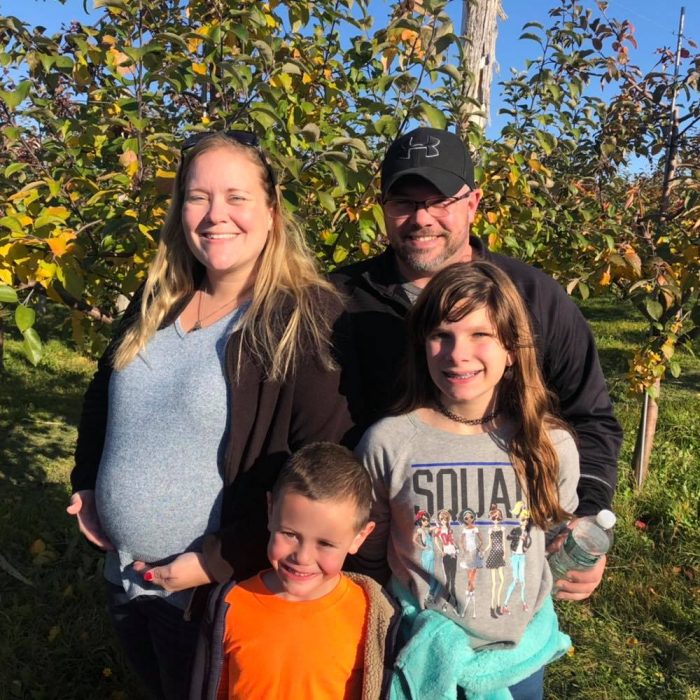 “I got to spend four months caring for this tiny but mighty human,” Jackman said of her job as primary nurse to Cian, “watching in amazement as he overcame obstacle after obstacle.”

Rowan and Cian developed NEC — necrotizing enterocolitis — a common intestinal disease in premature babies. Rowan was able to recover with interventions, but Cian became so ill that his parents were told to prepare for the worst. Thankfully, he pulled through.

After 106 days, Declan, nicknamed “The Chunkster,” was discharged on April 17, 2020. “It was truly a bittersweet moment,” said one of his primary nurses, Julie Watsky, who was there to say goodbye despite it being her day off. “After seeing him grow from just over 1 pound, to learning how to eat, how to breathe on his own, and so much more in between — I was so proud of him.”

“Rockstar Rowan” was discharged about two weeks later on April 30 and Cian was finally sent home on May 4. 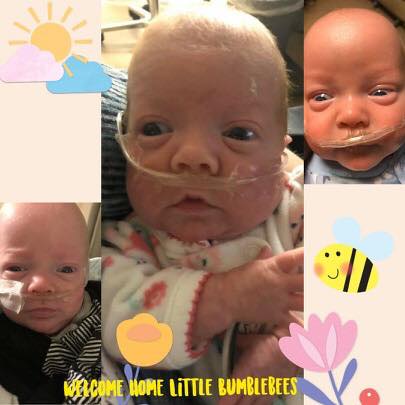 “It really is amazing, because you can learn about the numbers of premature infants that survive,” explained neonatologist Deirdre O’Reilly, MD, director of UVM Medical Center’s Neonatal Medical and Developmental Follow-up Clinic. “[B]ut really experiencing it with the parents and seeing the joys in their faces, and the kids too, it’s just magnificent.”

The triplets are said to be reaching all of their milestones and are regularly seeing a pediatric pulmonologist and ophthalmologist. They will also visit a follow-up clinic at the hospital for premature babies for the next three years to have their motor, language, and cognitive skills assessed. They will receive support for any issues they face.

Tragically, while UVM Medical Center fought to save the lives of these triplets, the hospital began committing elective abortions on babies in 2017 after eliminating a 45-year-old policy that only allowed abortions for medical necessities. (Deliberately killing a child through abortion is never actually medically necessary.) The hospital also came under fire in 2019 for allegedly forcing a nurse to participate in an elective abortion against her will.