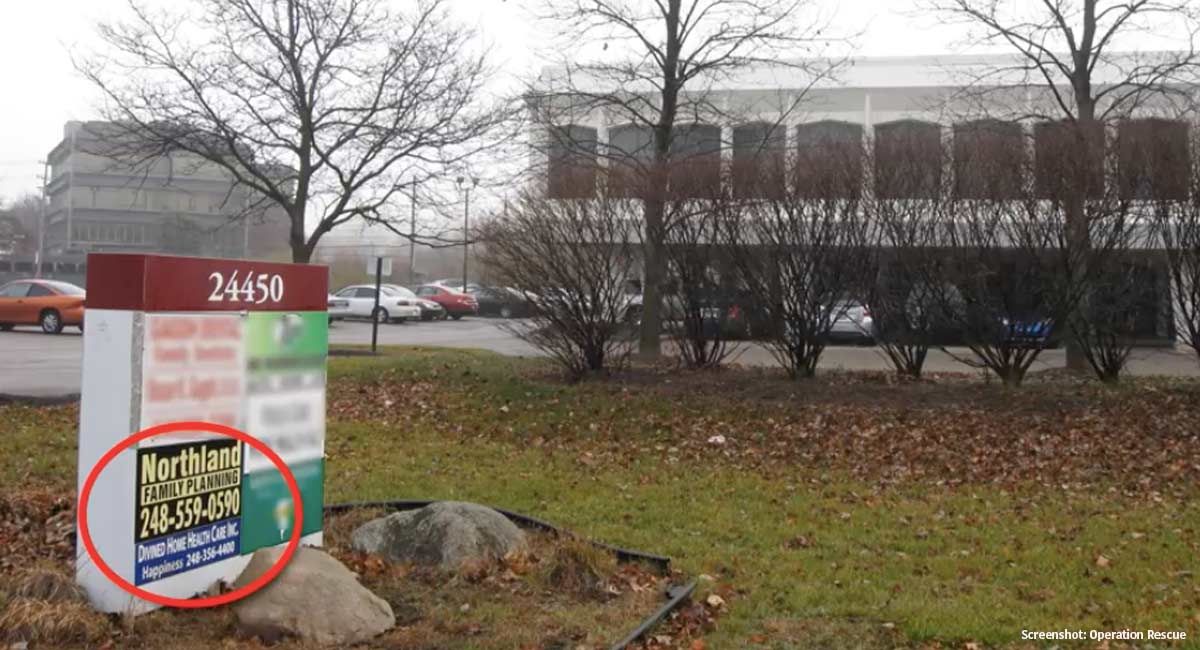 Northland Family Planning in Southfield, Michigan, called 911 for a patient emergency requiring an ambulance on March 26th — for the fifth time in just six months. The abortion facility is a member of the National Abortion Federation, the group that failed to report Kermit Gosnell.

According to Operation Rescue, this latest 911 call from Northland Family Planning involved a patient who can be heard crying in pain in the background. During the abortion, a hole was torn in her uterus (perforation), which is a complication of legal abortion. She also suffered from a collapsed lung. According to her patient records, she was undergoing a D&C abortion, which involves dilating the cervix and scraping the fragile and thin uterine walls to destroy the developing preborn child; it may also involve powerful suction to remove the baby and other uterine material.

The Southfield Fire Department noted that the patient “was walking around screaming about they messed up and that she shouldn’t have came.” She was transported to Providence Hospital. If she doesn’t have insurance, it is likely that she will have to pay to fix the damage done to her body by the abortionist.

Operation Rescue has documented five medical emergencies requiring ambulance transportation to emergency rooms in the last six months from this one facility of a chain of three in the state, all owned by Renee Chelian. The group listed those dates as November 13, 2018, November 24, 2018, February 7, 2019, March 24, 2019, and March 26, 2019.

“We plan to release the rest of the 911 records as we get them for each of these incidents,” said Operation Rescue President Troy Newman. “The frequency with which abortion-related medical emergencies are happening at this one abortion clinic is cause for alarm. Something is very wrong there, and it’s not too surprising since National Abortion Federation members tend to be among the worst abortion clinics in the country.”

The National Abortion Federation failed to report Kermit Gosnell’s “House of Horrors” after he applied to become a NAF member in 2009. The evaluator who visited the notorious late-term abortionist’s facility said it was one of the worst she had seen and it was “deemed beyond redemption,” yet NAF failed to do anything to protect the women who went there or the newborn babies Gosnell eventually went to prison for murdering. He wasn’t approved as a NAF member, but he did commit abortions once a week at Delaware Atlantic Women’s Medical Services, which was a NAF-certified facility. The President of NAF, Vicki Saporta, said that the real problem with Gosnell wasn’t that he was snipping baby’s spines to kill them after birth, but that he “wasn’t ensuring fetal demise.”

Newman of Operation Rescue is calling for all of Chelian’s abortion facilities to be shut down immediately.