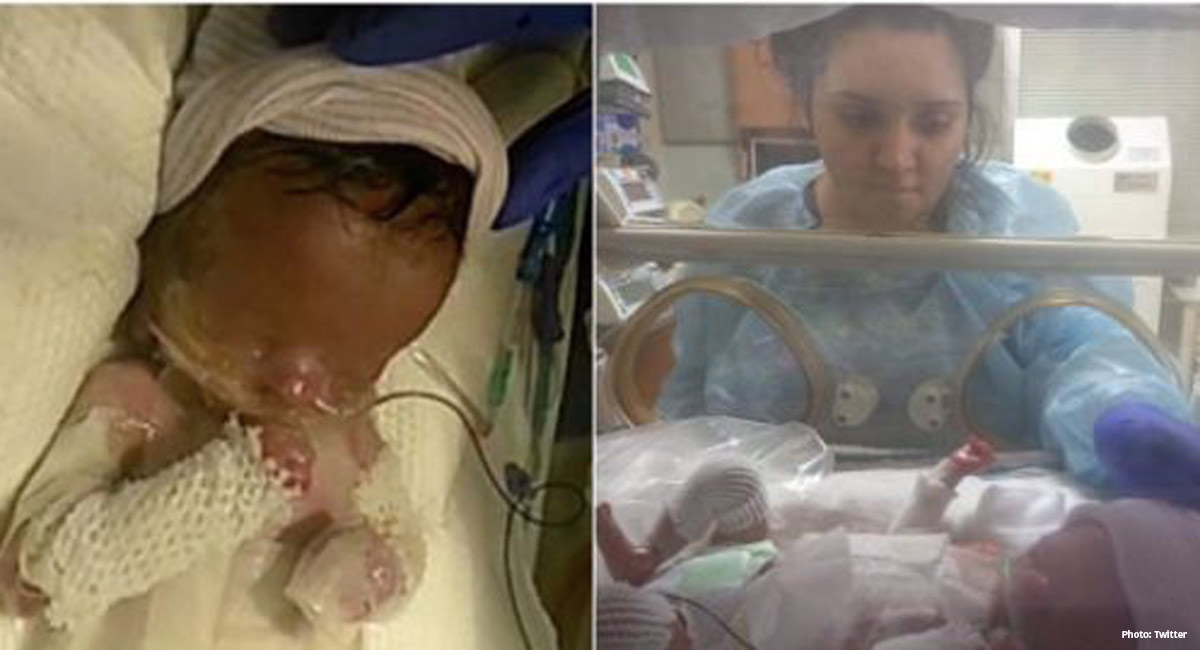 A baby boy born with an extremely rare medical condition was denied a transfer by Medicaid — a government-run healthcare program — to a hospital that could provide him with life-saving treatment. Ja’bari Gray was diagnosed at birth with a severe form of aplasia cutis, a disorder in which someone is born without skin. Born in San Antonio, his hospital had no way to treat him, but referred him to Texas Children’s Hospital, where doctors could help — but Priscilla Maldonado, Ja’Bari’s mother, said Medicaid refused.

After a very vocal outcry from outraged people around the country, including many who complained to insurance and hospital officials, Medicaid changed course, and announced they would approve the transfer after all. People are also donating to help cover the costs of his medical care. It’s believed that Ja’bari is only the third baby in the United States born with aplasia cutis. 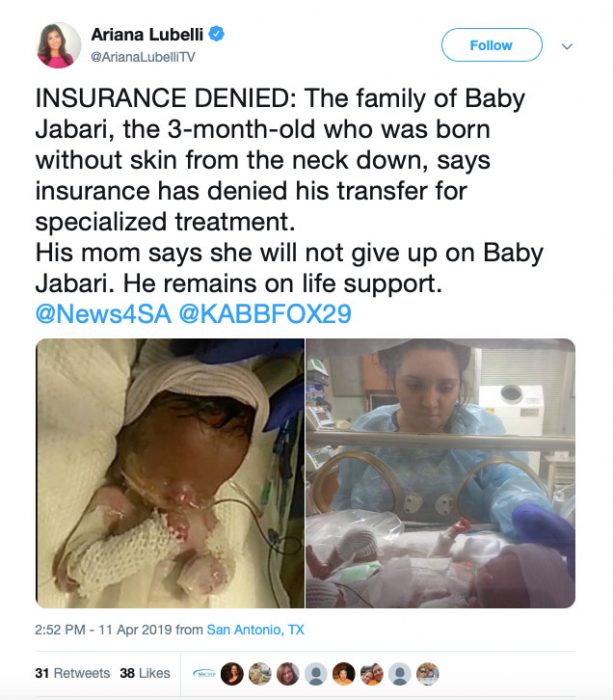 READ: Taxpayers footing the bill for hundreds of thousands of Medicaid abortions

Maldonado’s pregnancy was normal, and she had no issues or problems while carrying Ja’bari. But when he was born, she immediately knew something was wrong. “It was just completely silent,” she said to Fox San Antonio. “You know, you expect people to be happy after you have a baby and I had no idea until they put me in a room and explained what was going on. I was just confused, lost. I didn’t know what was going on. What was going to happen.”

Ja’bari had no skin from the neck down, and his eyes were fused shut. His airway was also severely damaged, meaning he had to have a breathing tube inserted, and for now, Ja’bari is on life support. “From day one, they said he had no chance of surviving and I would hate to give up or everybody else to give up on him when he’s made it this far in life,” she said. “They don’t know how to treat it. They’re treating it as burns.”

Without the transfer, the hospital Ja’bari was born at could do nothing to save his life, so they told Maldonado to prepare for the worst. “Now it came down to where they just want us to go ahead and disconnect him when we feel comfortable because he’s in too much pain and suffering right now,” she said. “I just want my baby to be home and be normal and be able to hold your baby.” She refused to give up, taking matters into her own hands, launching a GoFundMe campaign, speaking to the media, and getting to work filing for a new insurance plan. “[I]t’s going to cost a pretty penny, but my son [sic] life is worth everything to us,” she wrote on her GoFundMe page.

Hopefully, little Ja’bari will get the expert care he needs, and a chance in life.