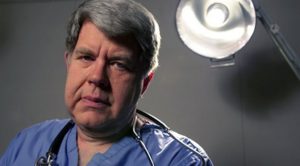 In November 2016, Live Action News reported that late-term abortionist LeRoy Carhart had halted abortions at his Germantown Reproductive Services facility. However, according to a new report from Operation Rescue, “Carhart reportedly quit his job with GRHS in October 2016 while under Congressional Investigation and fighting a major malpractice suit,” but “returned to work at GRHS about two months later.”

And just over a month after his return, on the fourth anniversary of the death of Jennifer Morbelli, one of Carhart’s late-term abortion patients, another woman was wheeled out of Carhart’s Germantown facility on a gurney.

Unfortunately, when women are injured by abortionists, it seems little is done. Operation Rescue writes that while this is the “10th time Carhart has summoned an ambulance to transport one of his patients to the emergency room since he first began working at Germantown Reproductive Health Services (GRHS) in December 2010,” no one is planning to investigate. “The Maryland Board of Physicians is currently refusing to investigate Carhart’s patient care issues,” writes Operation Rescue, “unless they are provided with the name and contact information of an abortion patient that suffered injuries at GRHS.”

Abortion injuries are witnessed frequently by pro-lifers who stand on the sidewalks of abortion facilities nationwide, offering help to women who are planning on aborting their babies. At the Planned Parenthood in St. Louis, Missouri, for instance, at least 60 patients have been transported from the facility to local hospitals since 2009. (The facility has also had numerous health code violations.)

But physical injuries aren’t the only harm that abortion does to women. Many post-abortive women have asserted that they were coerced into their abortions. Many have told of experiencing PTSD-type symptoms in the years following. And many have expressed significant regret for choosing abortion.

The last time an ambulance was called to GRHS was April 4, 2016, when a hemorrhaging late-term abortion patient was rushed to the hospital….

Since Carhart’s return, two late-term abortion patients have been forced to return to the abortion facility in the middle of the night suffering unscheduled problems. One woman was pictured waddling into the facility with what appeared to be a plastic shower liner between her legs.

The House Select Investigative Panel on Infant Lives’ final report noted that Carhart apparently has health issues, including arthritis so severe in his hands that one former worker told the Panel that Carhart was not physically fit to conduct abortions.

When the Select Panel issued its May 2016 subpoena of Carhart in its investigation, it wrote that “[p]ublic reports indicate at least five women have been sent to the hospital since December [2015] while seeking an abortion in this clinic,” concluding that “[r]eports regarding the Germantown clinic are deeply troubling, both for the sake of babies whose lives are ended so close to—and possibly even after—birth and for the sake of the women who have been rushed from that clinic to the hospital with increasing frequency.”

Indeed, little seems to have changed.

Despite the deaths of two of his patients (Jennifer Morbelli and Christin Gilbert) and injuries to many more, Carhart’s current physical limitations don’t seem to be stopping him from continuing to put women at risk.