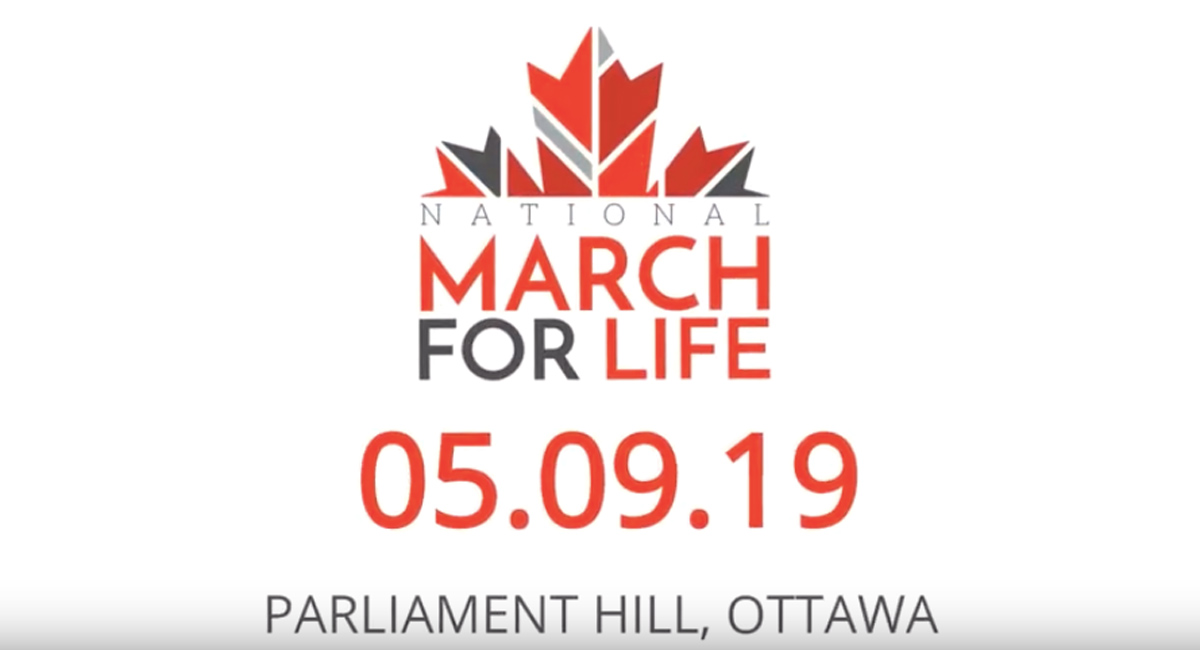 2019 marks 50 years of abortion-on-demand in Canada, according to the March for Life Canada. The 22nd annual National March for Life will take place on May 9, 2019, at Parliament Hill in Ottawa with a rally beginning at 12:30 pm.

“We march in memory of the 4 million + children killed before birth by abortion since 1969, the year former Prime Minister Pierre Elliott Trudeau passed an omnibus bill decriminalizing abortion,” said the March for Life website.

The Rally on the Hill starts at 12:30 after the Peace Tower Carillon’s daily performance and will wrap up at 1:30 pm for the March to begin. After the March, the March for Life band will perform, followed by testimonies from women and men from the Silent No More Awareness Campaign — post-abortive parents who want to share the devastating truth of the pain abortion has caused them.

The lineup of speakers for this year’s March includes Ann McElhinney and Phelim McAleer, the producers of the film “Gosnell – The Trial of America’s Biggest Serial Killer,” who will be speaking at Rose Dinner. In addition, Abby Johnson, former Planned Parenthood director, and founder of And Then There Were None, will be speaking. The MC’s for the rally are CLC Youth Coordinator Marie-Claire Bissonnette and LIfeSiteNews.com founder and editor-in-chief John-Henry Westen.

“We are thrilled to have such an inspirational line-up of special guests whose efforts continue to save lives and change hearts around the world,” said Jeff Gunnarson, National President of Campaign Life Coalition. “Together with some of Canada’s religious, pro-life and political leaders including MP David Anderson who will be joined by other parliamentarians on the Hill, our speakers will testify to the importance of protecting the right to life for all human beings, and to inspire Canadians to join a movement that will bring an end to the 50 years of abortion on demand in Canada.”

Special guests include MP David Anderson, Canadian Coordinator for Silent No More Awareness Campaign Angelina Steenstra, Shalyn McGuin of Save the 1,  the Most Reverend Terrence Prendergast, S.J. – Archbishop of Ottawa, and His Eminence Thomas Cardinal Collins – Archbishop of Toronto.

On May 10, there is a Youth Conference from 8 am to 3 pm featuring Laura Klassen from Choice42 and Trent Horn of Catholic Answers.

Additional marches will be taking place on May 9 throughout Canada in places including Manitoba, Yukon, Alberta, Saskatchewan, and Victoria.