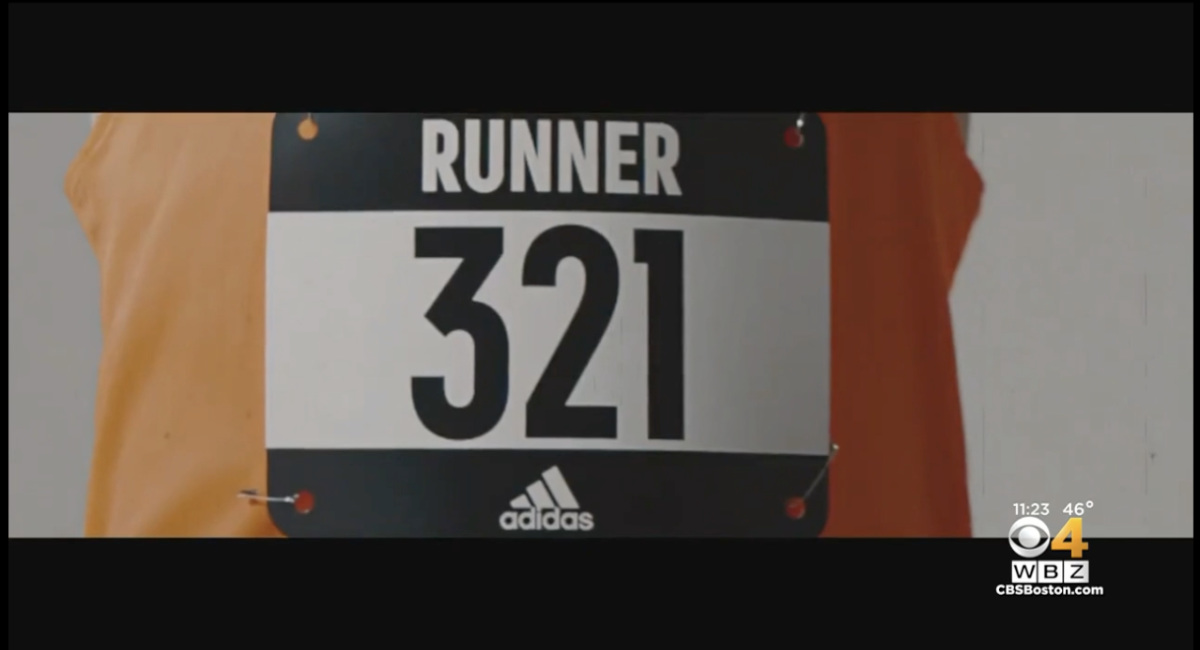 Marathon runner and Ironman athlete Chris Nikic has become the first athlete with Down syndrome to receive an official sponsorship. Nikic, who competed in the Boston Marathon on Monday, was sponsored by Adidas. In addition, race officials have promised to always hold Nikic’s bib number, 321, for a neurodivergent athlete. The number 321 represents March 21, which is World Down Syndrome Day.

“When I see what Adidas has done for him and I see what the Boston Marathon is doing for him, they’re really not doing it for him per se, they’re doing it for all those other parents and giving them hope,” Chris’s father Nik told WBZ-TV.

Chris agreed. “He’s absolutely right. This is not about me. it’s about everyone that needs to be included,” he said, explaining how he wants others to feel. “Because if Chris Nikic does the Boston Marathon, I can do it too!”

Chris’s earning of a corporate sponsorship is just the latest in a long list of amazing accomplishments. He is the first athlete with Down syndrome to complete both the Boston Marathon and the New York City marathon. He’s also the first to compete in an Ironman triathlon.

As part of its sponsorship and in honor of Chris, Adidas is now launching a Runner 321 campaign, in which it’s calling for every marathon to reserve bib 321 for a neurodivergent runner. The push is an effort to see more inclusivity in sports — something Chris and his family are championing.

“This just gives our kids another way to inspire them to go out there, get active, be part of the community, be included, and go out there and be as crazy as every other marathoner,” said Nik. I think it’s going to be an exciting thing to watch over the years as it grows and that category gets bigger and bigger, and more and more people participate from all over the world,” Nik said, adding, “As a parent, I couldn’t be more excited for our son, but also for everyone else like him around the world.”

Chris has already announced the first recipient of the bib — runner Kayleigh Williamson, who also has Down syndrome. 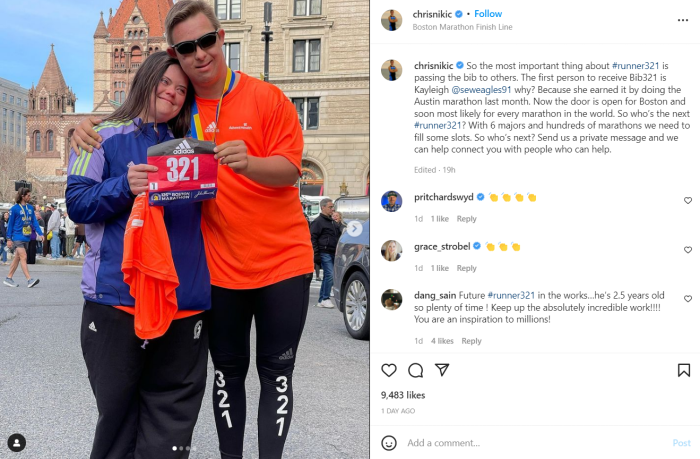 Chris shared the good news on his Instagram page. “So the most important thing about #runner321 is passing the bib to others. The first person to receive Bib321 is Kayleigh @seweagles91 why? Because she earned it by doing the Austin marathon last month. Now the door is open for Boston and soon most likely for every marathon in the world…”