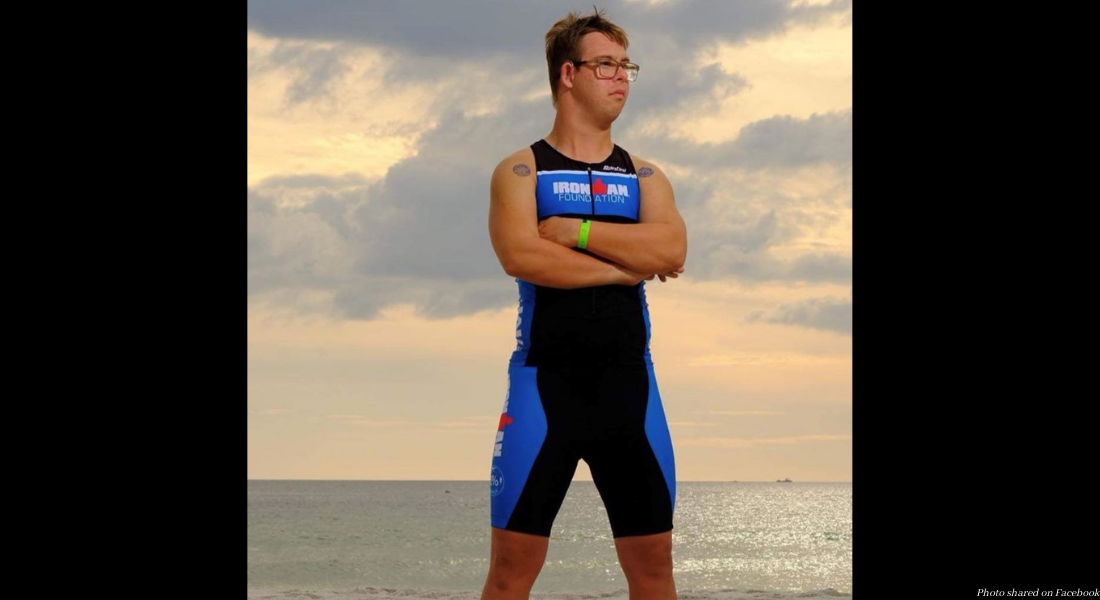 Chris Nikic, the first person with Down syndrome to complete an Ironman triathlon, has just received another incredible honor. The groundbreaking athlete is being honored with ESPN’s Jimmy V Award for Perseverance.

Last November, Nikic stunned the world when he finished the Ironman Florida competition in 16 hours, 46 minutes and 9 seconds — 14 minutes under the 17-hour cutoff time. The race consisted of a 2.4-mile swim, a 112-mile bike ride, and a 26.2-mile marathon run. Perseverance was something that Nikic possesses in spades, showing largely through his “1% better” mantra, in which he strives to do just 1% better than he did the day before at his goals.

In addition to the Jimmy V Award for Perseverance, he’s also nominated for the “Best Athlete with a Disability, Men’s Sports” category.

“Wow, what an honor to receive the Jimmy V Award for Perseverance and to be included with such an amazing group of people,” Nikic said in a statement to ESPN. “As a Special Olympics ambassador, I represent millions of athletes around the world who can now believe that inclusion is real for all of them. Thank you for me, but more importantly for the Down syndrome community and my fellow Special Olympics athletes.”

The Jimmy V Award is given as part of ESPN’s ESPY Awards, which air each year on ABC and help to raise awareness and funds for the V Foundation for Cancer Research. The Jimmy V Award was named for basketball coach Jim Valvano, who died of metastatic adenocarcinoma, a glandular cancer that spreads to the bones, just a year after being diagnosed. Together with ESPN, he founded the V Foundation, and in a moving speech before his death, implored people to never give up.

“We need your help. I need your help. We need money for research,” he said in his speech. “It may not save my life. It may save my children’s lives. It may save someone you love. And it’s very important. And ESPN has been so kind to support me in this endeavor and allow me to announce tonight, that with ESPN’s support, which means what? Their money and their dollars and they’re helping me — we are starting the Jimmy V Foundation for Cancer Research. And its motto is, ‘Don’t give up . . . don’t ever give up.'”

Rob King, senior vice president and editor-at-large at ESPN Content, told Disability Scoop that Nikic was the obvious choice for the Jimmy V Award. “Chris’ unique, inspirational story personifies the Jimmy V Award for Perseverance,” he said. “We are honored to present him with this award and look forward to seeing what he accomplishes next.”

READ: Mentor inspires 14-year-old with Down syndrome to complete mini-triathlon

Nikic’s Ironman finish was nothing short of inspirational. Other Ironman athletes ran alongside him, encouraging him not to give up. Other people cheered him on, giving him water and gel; hugs and high fives. Along the way, Nikic was injured, with blood dripping down his leg for the biking and running portions. At one point, his trainer, Dan Grieb, made sure to remind Nikic of who he was running for.

Nikic’s accomplishment did prove them all wrong, including doctors who said he — and other people with Down syndrome — would never be able to do anything. And as he trained for the Ironman, he made his mindset clear. “I don’t use my condition as an excuse,” Nikic said. “Instead, I work harder… My dad told me, ‘Don’t ever doubt your dreams, Chris.’ He told me God gave me gifts. I don’t ever doubt my dreams now.”