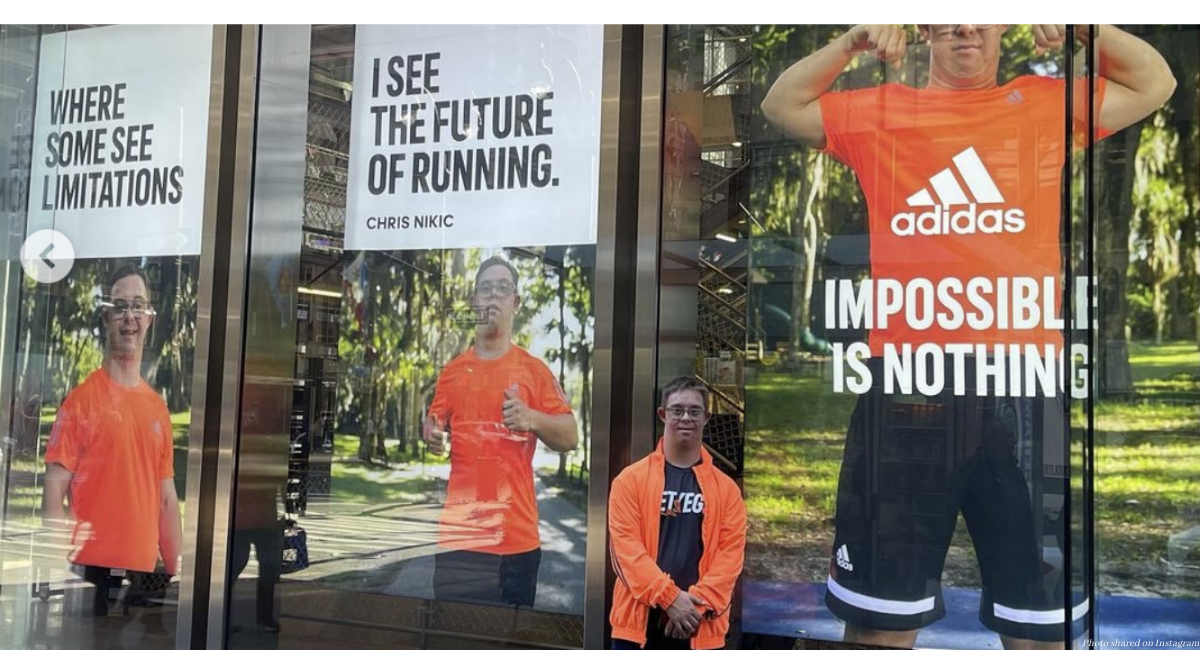 Nikic announced earlier this year that he planned to not only continue participating in Ironman challenges, but that he had set a goal for himself to run both the Boston and New York City marathons this year. For the New York City Marathon, he ran as part of the Kulture City team, a non-profit organization dedicated to acceptance and accessibility for people with sensory disorders and invisible disabilities. He also ran in his own custom Adidas shoes, provided for him after he appeared in a new ad campaign for the athletic company.

On Facebook, his father, Nik Nikic, wrote that his son hadn’t been feeling well before the marathon, but “popped up like toast today and ready to go.” Nikic was given his custom shoes before the marathon, which he said would give him “jet legs,” and that he was proud to be part of the Adidas club with other great athletes. But as usual, he remembered the group of people he is there to represent.

“Even though I’m running as number 7803 this NYC marathon, I’m for running for number 321 and what it will mean for the future of running,” he said, and included the hashtag #ImpossibleIsNothing.

In an interview with ABC7, Nik Nikic explained that they originally believed other people when they said how little his son Chris would be able to achieve.

“We never realized that he was capable of that. I’m just being honest. We accepted society’s limits on him and we acted by accepting those limits,” he said. “Throughout his childhood, all the way up until the age of 18 when we started this journey he was excluded, he was never invited to anything. Even when he goes to the gym to play pickup basketball he’s excluded. As a parent that is hard. We think about every other child like that and every other parent like us. So yeah this is hard what he’s doing, but not nearly as hard as what he was doing before.”

Yet Nikic has been able to succeed, thanks to his now-famous 1% motto: to do 1% better each day. And with that philosophy, he’s been able to crush every goal set before him, earning him the ESPN Jimmy V Award for Perseverance. And Nikic has frequently made it clear that his athletic feats are not just for him — they’re for every other person with Down syndrome who has been told they can’t amount to anything. This motivation helped him get through the Ironman.

“You’re almost an Ironman, buddy!” Dan Grieb, Nikic’s trainer, told him as they were finishing the race. “You did it. You fought through all the fake pain, and you did your best effort. This was your best effort, wasn’t it? …You did this for all the other people with Down syndrome, all right? And all the parents, who hear all the terrible things that [inaudible] aren’t going to amount to. You’re going to prove them all wrong, aren’t you?”

It’s an attitude Nikic is holding onto still today, one which will change the world for other people like him. “I’m running to make a difference and I’m running for the kids who are going to open up the sport and the right to be included and not be excluded.”